Being supportive of a new hobby 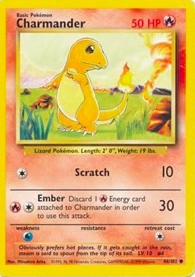 In the last couple of months, my son has picked up collecting Pokemon cards.

It's not just him. It's his entire second grade class. Boys. Girls. All of them walk to school clutching a binder that doesn't include schoolwork, yet includes pages and pages of Pokemon.

I gotta say, props to Pokemon for being able to appeal to kids. This isn't an indictment on sports cards. I think we all know that fewer and fewer kids collect and that this is a "grown ups hobby," despite what the hobby puppeteers say on Twitter about how packed with kids card shows are or when that kid who works for Topps pops up on Twitter. Had to hide Tweets from that account, I won't lie.

My son is more into Pokemon cards than anything I've ever seen him show an interest in. He talks about them 24/7, in the same way I did about cards when I was younger. I get home from work, and he doesn't even greet me. He just says "Dad, you won't believe this trade I made today" and then he goes on to say a bunch of things I don't understand.

It actually reminds me of being younger and showing my dad a stack of Fleer cards, and they'd put in a "Flair preview" and I remember him holding it and going, "wow, this is how cards are now. Aren't they nice?" in response to the imagery and cardstock and design. I appreciated that. 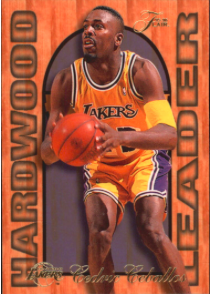 While I selfishly wish it was something I relate to a bit more, I do appreciate his enthusiasm and dedication. I had never seen him stick to a hobby for this long. He spends hours pouring over and organizing his binder. He has a digital collection on the online game (something again, shunned by sports card collectors...GASP digital cards!), and he watches YouTube videos of people opening packs.

It's been a bit challenging for me to not try and put my imprint on his collecting. I've found myself sometimes saying "want a pack of baseball cards too?" when we're at Target and he's having a hard time deciding what sort of Pokemon pack to buy. I've tried giving him trade advice, such as "it's ok to trade three dupes for one card you want in return." As a parent, it'a always natural to try and push your kid into what interests YOU. Would I rather come home and him show me the Aaron Judge card he just traded for? Yes, but that's because it's something I can relate to. But I'm trying to refrain.

Being a parent is often about letting your kid find their own path and interests, and supporting them along the way.

Sometimes my wife and I roll our eyes at how nerdy it all seems, but then I always try and take a step back and remember that I, a grown man, collect baseball cards. So maybe I'm the real nerd. Just because it's sports doesn't make it less nerdy. We're all nerds, and I think we know that.

I'm just happy he's found something he's passionate about, for now. It's going to make Christmas shopping quite a bit easier, that's for sure.

This post is to remind myself to remain supportive. Maybe it'll turn into sports card collecting. Maybe he'll grow out of it next year and his binders will collect dust. Whatever it is, I enjoy seeing his passion for his new hobby, and the fact that it's helping me grow as a parent by not trying to steer him one way or another, and letting him collect the way he wants to.

And regardless of my effort, I don't think I'll ever understand the names of the characters or how to play or what card is what.


Posted by The Lost Collector at 7:00 AM