NOW a Hall of Famer

Once he was elected to the Hall of Fame, I was excited to pick up Derek Jeter's Topps Now Card. Instead of the $9.99 directly from Topps, I spent $5 on eBay. 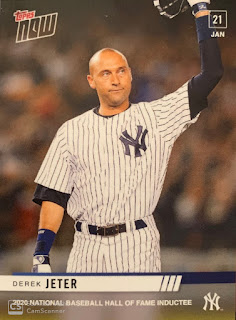 I think I like the salute shot. I might have preferred something from one of Jeter's signature moments, but I think the wave to the crowd works well from the end of of his career.

I thought the back was well done. I like the accolades beyond traditional stats, and how they are represented with objects, like stars and trophies. The subtle shot of Jeter int he background at his HOF press conference was a nice touch. 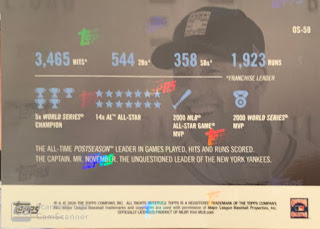 I can't remember if Topps does NOW cards from HOF induction speeches, but if so I'll likely grab that one as well.
Posted by The Lost Collector at 7:41 PM