I have a bunch of TCDB trades to catch up on, as well as a big old Zapping to share, but for now I need to clean out my non-TCDB scan folder, so he's a bit of a photo dump.

I'll start with two new Tinos I got. I have this crazy idea to go after all 25 copies of this card. I'll never get there, but right now I have 3 of the 25, or 12% of the print run. There are currently two on eBay as well, with one being affordable and one being vastly overpriced. 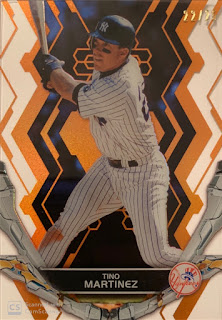 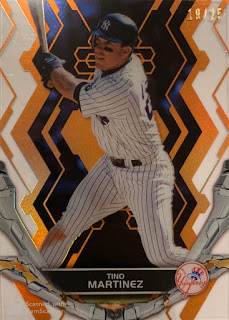 I won't go hard after this, but I'll definitely keep an eye on them. 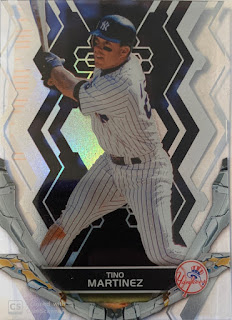 I also recently picked up this version. I guess it's the Refractor? I am always a fan of Hi Tek because of how cool they look and I'm a sucker for clearcut cards. The variations and parallels are annoying, but the cards look awesome. No denying that.

And while I recently picked up the "cheaper" Bowman's Best auto, I really wanted a TJ Sikkema Bowman Chrome auto, so was happy to snag this. 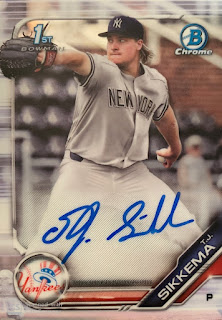 Otherwise, card-life is a bit boring now. Series One is out and I've said my piece. My Topps Yankees Project TTMs have been sent. Not much else going on.

Posted by The Lost Collector at 8:50 AM