I'm only in this hobby for the money


During Gary Sanchez’s insane hot streak, it was really tempting to unload a bunch of his cards. They were going for extraordinary prices and I could have made a few hundred bucks. Alas, that’s not why I collect, and even though I was tempted, I chose to hold on to my collection of his. It didn’t feel right.

I will admit that I did list my 1/1 printing plate for a very high price, and if I got an offer close to it I would have taken it and tried to track down a Jeter auto with those funds. One offer was tempting, but I didn’t take it. It also led to some Twitter boob who I have never conversed with telling me how I’m only in this hobby for the money and why collect if I need to sell other cards to sustain my collecting and blah blah. It was shocking to me that someone I had never conversed with told me I’m only collecting for the money (can’t remember the last time I sold a real card), but I guess that’s one of the many reasons social media is really stupid. He’s also like the second person I’ve ever muted and blocked. No thanks, random collector preaching to me about how to collect.

While I didn’t sell any Sanchez cards for real money, I sold (or traded them in) for a ton of credits on Listia. I really don’t use Listia at all anymore, but I decided to take a few dupes, turn them into high credits, then pick up more premium cards. I “sold” exactly four Sanchez cards, none particularly fancy: 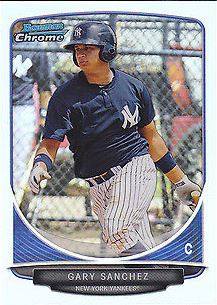 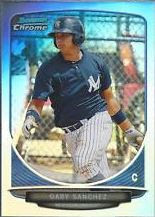 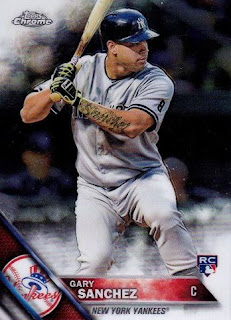 For the Bowman Chromes, I have about 25 of those from participating in a player case break a few years ago, so I paired two of them together in a two-card lot. I had four or five of the refractor from that same break. And just a few weeks ago, I participated in a Topps Chrome case break and got about seven or eight of those base cards. See? Plenty to spare…even though I’m only in this for the money.

So what did I turn my new credits into? 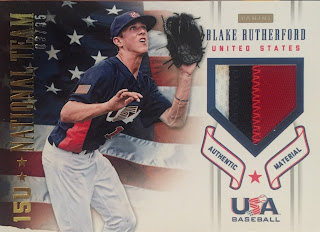 First, this awesome Blake Rutherford patch. It sells on eBay for around $15, more than I would ever spend normally on a card of his. As I mentioned the other day, Rutherford was the Yankees 1st rounder this past June and is a legit prospect. Nice add. 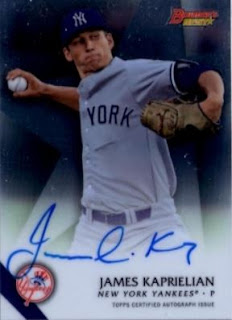 My second, and final “purchase” was this James Kaprielian auto. He’s the Yankees 2015 first rounder and a big time talent, although he missed most of this year with injury.

Oh, and this one came from my favorite seller, who through in a ton of autographs which I’ll show at some point. There was even a Tom Glavine auto in there! 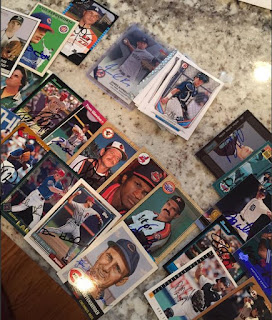 So I got a Rutherford patch, a Kaprielian auto, and a bunch of random autos…all for four Sanchez dupes, all of which I still have more than one copy still in my collection.

I think I came out on top and made some nice flips for some extra cards I didn't need. That’s the point of a site like Listia…to turn cards you don’t want into cards you do. And now only have 62 credits to my name, so I may not visit the site again and be done with it.

It’s a tough thing being in this hobby for the money like I am, but someone’s gotta do it.
Posted by The Lost Collector at 8:50 AM