The blurbs on the back

A few days ago, a nice PYE from Julie over at A Cracked Bat showed up. PYE is plain yellow envelope, FYI.

These cards are incredibly cool, from 1991 Impel Line Drive. From what I can tell, this was a 20-card set. I'm a few short, but will track down the rest. 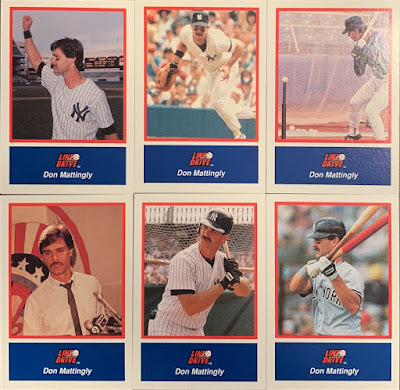 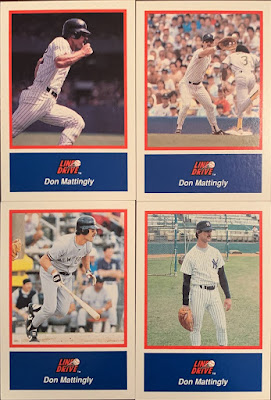 A lot of the photography is refreshingly new, as it wasn't seen in 80s Topps or Donruss issues.

Beyond the range of photos, what impresses me most is how the write-up on the back the cards tries to tie in to the image on the front. When does that happen now? Mostly never, unless it's a World Series or AS Game subset. Usually the modern blurbs feel thoughtless and disconnected, so much so that I rarely read them.

That is right. I rarely read the backs of current cards.

But these cards are great. For instance, here we have Mattingly in a fairly unexciting spring training shot. But I like it! Feels behind-the-scenesy. 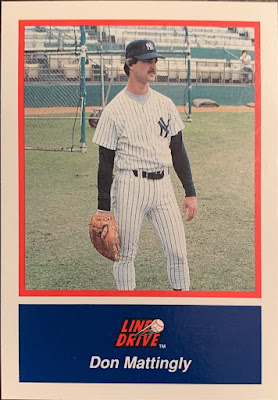 The back fo the discusses Don's performance in 1983 spring training as he battled to make the team. 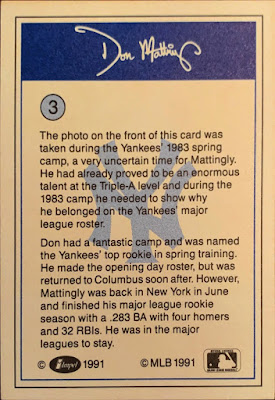 Or look at this one. Don coming off the base likely as a pitch is being delivered. 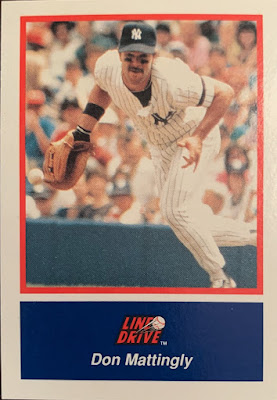 The back of the card talks about Don's fielding being overshadowed by his bat. I don't fully buy that, even in 1991. He was always known as an excellent fielder. So maybe I don't believe the story, but hey it's a 20-card set. Gotta find some content. 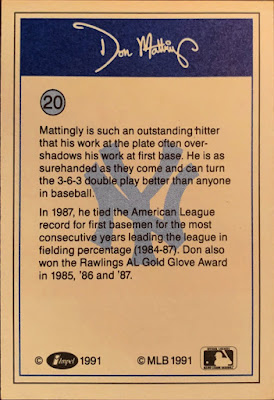 I love this one, with Donnie peppering a practice net while hitting off a tee. 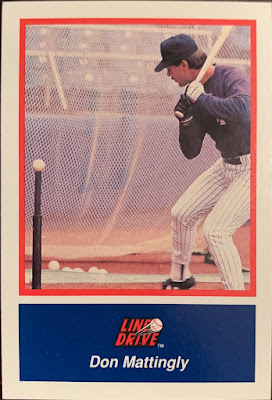 The back of the card talks about his dedication and work ethic. 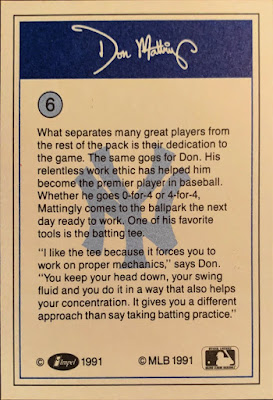 Check out Donnie here. During BP just causally pumping so iron by the cage at Yankee Stadium. Lifting weights leads to more homers! 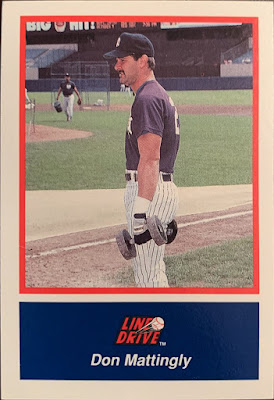 And the back talks about not knowing if Mattingly would develop any power. Young Donnie must not have hit the gym enough, but he obviously did develop into one of the games premier power hitters for a time in the mid-80s. 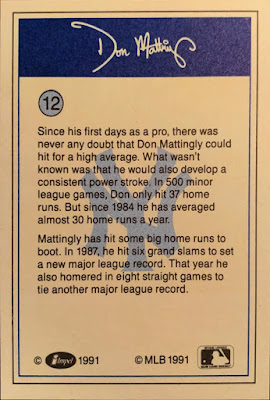 What a cool set. It's probably a lot to ask for nowadays, with card backs referencing the front.

But it sure is cool, and leads to some really interesting card backs.
Posted by The Lost Collector at 8:40 PM