One of the many. many things missing this baseball season for me is Dellin Betances in a Yankees uniform.

Dellin was a homegrown player who took quite a while to develop, but eventually became a 4x All-Star reliever. His career was a bit up and down, and the injury bug found him a few times as well. But when Dellin was going right - as John Sterling often reminds us - he was one of the best in the game.

Betances is a now a Met. which makes it even worse. He's also been injured, but he's pitched a few times against the Yankees. It was odd to see.

I didn't realize how much I missed him until this card showed up from Oscar aka Stealing Home over at All Trade Bait All The Time. 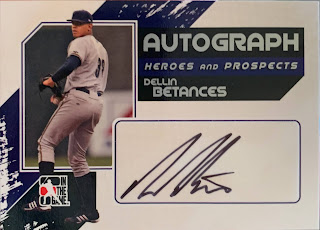 I have never counted my Dellin autos, but I must be in the teens somewhere (thanks to ZZ). It's a nice card, and a nice reminder of a guy who was a great Yankee for a while and didn't really get a proper goodbye or welcome back.

Oscar also threw in a nice assortment of Yanks, including something you don't see every day in card packages: Topps Embossed! 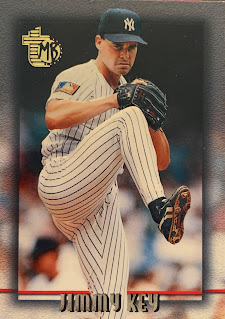 I also really liked this Score Summit Andy Pettitte. The gold team label always stood out to me. 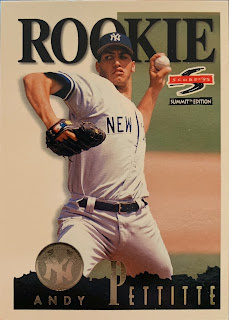 Here's a few of the other goodies: 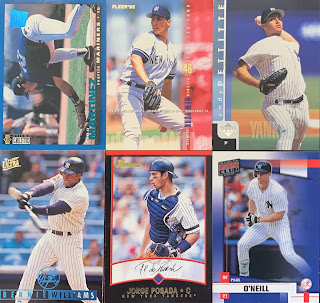 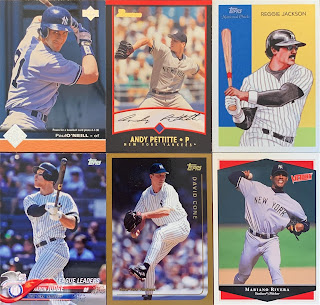 Thanks, Oscar!
Posted by The Lost Collector at 8:45 AM

Email ThisBlogThis!Share to TwitterShare to FacebookShare to Pinterest
Labels: All Trade Bait All The Time, Dellin Betances