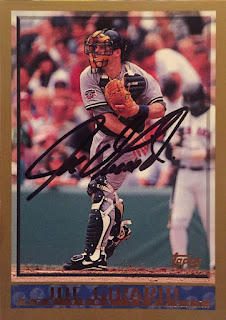 Yesterday, the Yankees announced that Joe Girardi will not be returning as manager.

I think Girardi did a very good job over the course of his tenure. He never once had a losing season, and there were a few teams that easily could have lost more than they won. The 2013 and 2014 Yankees come to mind.

I do appreciate steadiness and consistency, which he had. I didn't mind his over reliance on the binder. He was right a lot more than he was wrong.

I figuered he'd be gone after Game 2 of the ALDS, but then rebounded to lead the Yankees to withing one win of the World Series. After that, it seemed there was no way he wasn't coming back.

I also acknowledge there is a lot that goes on behind the scenes; things that go on between the owners and GM and the manager that we'll never know or see. I trust Cashman very much, so he must've had his reasons for not thinking Girardi was the man for the job. I also know he's too smart to let a good manager walk without having a replacement in mind. I highly doubt he's starting from scratch.

I don't know who the next manager will be, and I don't have a favorite or guy I hope for. I just hope it's someone who can successfully lead this new young core for the next few years.

I hope Joe finds happiness, whether he chooses to manage again right away (Nats?), goes back to TV, or just takes a year or two to slow down. He was a great manager, a good person, and represented the organization well.

Thanks, Joe!
Posted by The Lost Collector at 9:45 AM