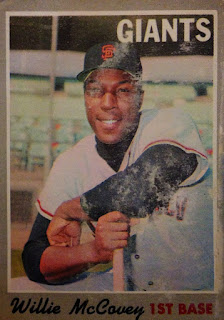 I actually didn't know Willie McCovey was still alive until I heard that he died. I think there are a handful of stars from the past that I probably couldn't tell you whether or not they are still with us. I guess my lack of interest in organizations outside of the one I root for are one of my biggest shortcomings as a fan.

Still, I did know he was a great player and revered by the fanbases that he played for, notably the Giants and Padres. I had no idea he had a short stint as an Oakland A until I saw a few photos on Twitter.

I also didn't know he was the original Big Mac, although it makes sense now that I think about it.

Regardless, I do have a few vintage McCovey cards that I keep in my son's HOF binder. Side note: I don't think I've updated that page in a few year, but I am constantly adding cards to this binder, many of which were sent by generous bloggers.

So with that, here are three that stick out. RIP, Stretch. 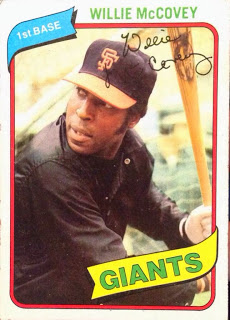 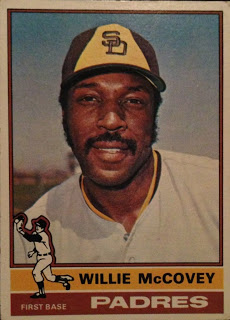 Posted by The Lost Collector at 9:10 AM