My son's HOF binder grew by two yesterday, as two terrific choices were inducted into the Baseball Hall of Fame.

Derek Jeter was a slam dunk choice as one of the greatest shortstops to ever play. 3,465 hits and another 200 in the post-season? Yep. And certainly a generational player while I was growing up. He was a rookie when I was 12 years old, so he's really all I knew at SS for most of of conscious life. I grew up with him as my shortstop. 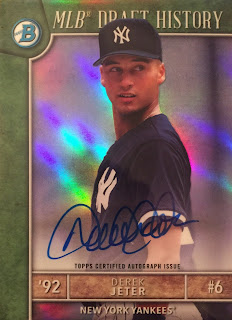 It's cool Larry Walker got in. Aided by Colorado or not, he seemed to be a good dude who played the game hard. I always enjoyed checking box scores to see which of the Colorado guys homered the previous night between Walker, Galarraga, Bichette, and Castilla. Fun crew. He always rocked a pretty sweet mullet too. 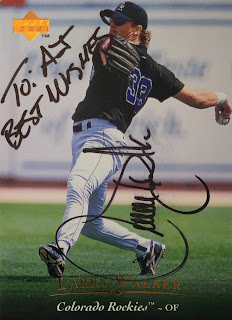 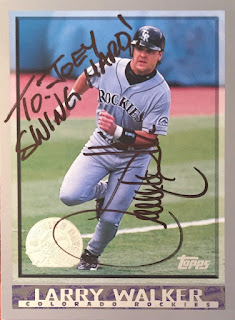 I'm looking forward to seeing both of these guys take the stage this summer.
Posted by The Lost Collector at 8:10 AM