I think it’s fitting to show off a few cards from P-Town Tom given that his team finally won the World Series last night. Tom is one of the good guys around here, and I’m very glad he gets to experience such triumph! Tom, enjoy it. Hope you go easy on your students today.

The Yankees played a large role in helping the Cubs (and Indians!) get to seventh game of the World Series. I know Tom had mixed feelings about Aroldis Chapman, and I’m sure he’s thrilled it wasn’t Chapman on the mound as the Cubs recorded the last out. Sort of the best of both worlds, eh Tom? 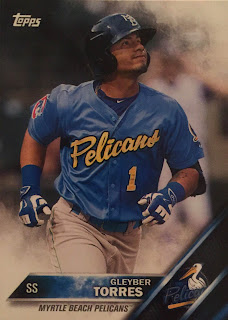 Another player the Yankees received is former Oakland A’s first rounder Billy McKinney. Not only did he send that same Pro Debut, but also a cool autograph. I still have some hope McKinney will find his stroke and be a Big Leaguer. 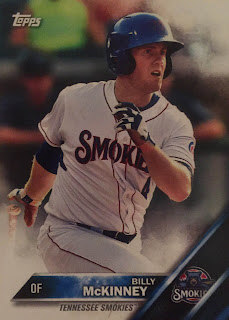 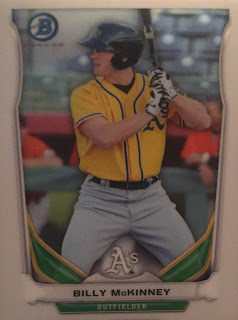 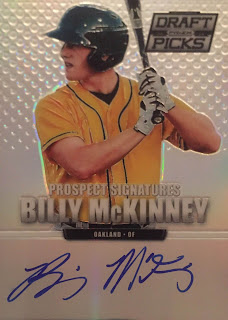 Funny how Topps and Panini used the same photo.

Speaking of autographs, Tom sent me this signed card of former and then current Yankee Adam Warren, another piece of the Chapman deal. I originally sent this card to Tom after the Starlin Castro-for-Adam Warren deal, and Tom sent it back my way. I’ll send it to Bob Walk the Plank in a few years when the Yankees trade Warren to the Pirates. 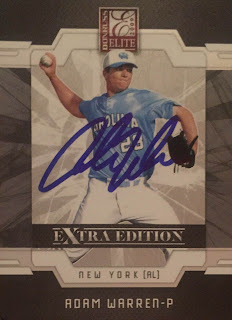 Tom also sent me this cool 1997 Donruss Press Proof of Tino, which I didn’t have! Major points when someone sends me a Tino I don’t have. 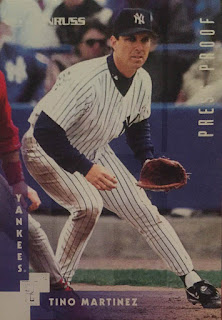 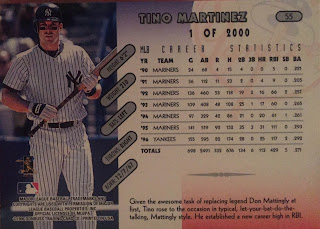 Last but not least, there were two packs of Sportflics, aka “moving cards”, for my son Joey. He got a kick out of opening them. 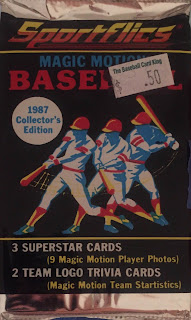 Thanks, Tom. And enjoy the sweet taste of victory.
Posted by The Lost Collector at 10:27 AM