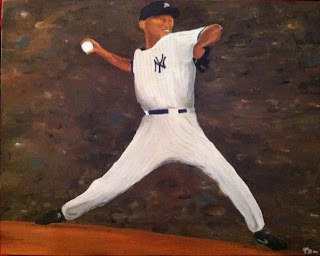 After I finished my Derek Jeter painting, I felt like Mariano Rivera was the natural progression. He has such an iconic throwing motion with a silky smooth delivery, plus he is the greatest ever at what he does. Why not capture this?

I found a photo I liked and printed it off. Per usual, I measured grid boxes on the photo and then drew them on the canvas. My Jeter painting was done on an 11x14 canvas board. This Rivera was done on 16x20 stretched canvas. I had never used stretched canvas, and I actually liked it a bit better than the board, mostly because the boards tend to curl up like a 2010 Topps Chrome card.
The whole painting itself didn’t take too long in terms of hours - probably between six and eight total - but it took about two months to complete because it was hard to find the time to do it. I also am a little impatient, which is why I took a stab at sketch cards in the middle of this project – I could usually finish one in one sitting. Paintings drag on too long and I lose interest.
Here are a few images I captured during the process, along with the finished work. I think my favorite part of the painting is his front foot. I feel like it came out fairly well. I still am not confident enough to do faces. Rivera’s face here is really just shading – it looks good from far away, but close up he looks like a ghost. 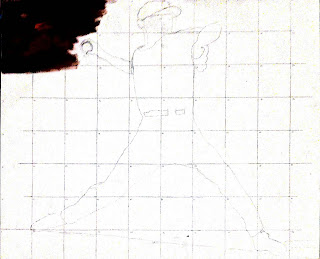 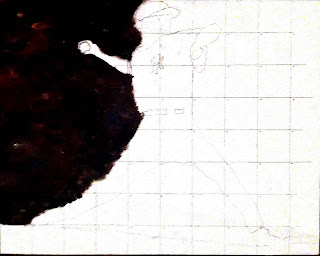 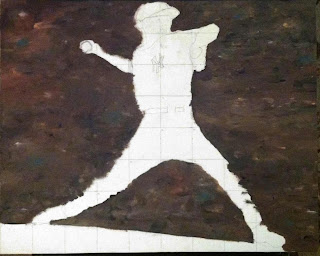 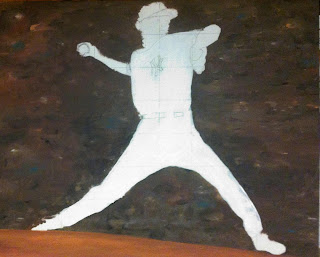 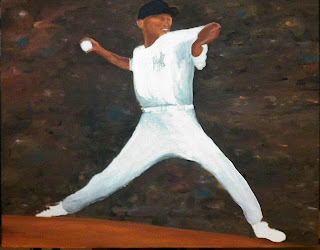 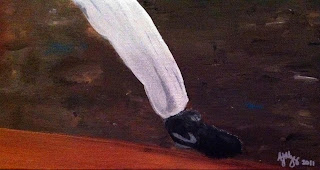 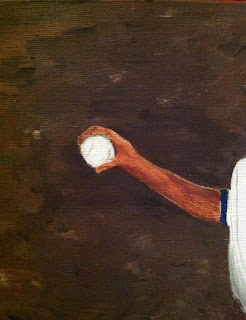 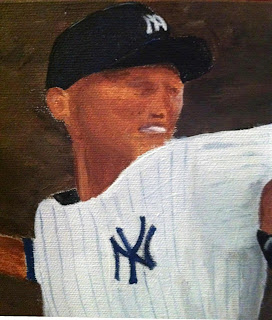 Let me know what you think! Thanks for checking it out.
Posted by The Lost Collector at 7:30 PM