So my Bengals are on tonight! They always crap the bed in nationally televised primetime games.

Yesterday, I came home to a bubble mailer with familiar black Sharpie handwriting on it. It was from my buddy Was (aka Jaybarkerfan aka JBF).

Now, I am two flat rate boxes and one bubble mailer behind in sharing some great stuff JBF has sent me, but I had do show a pretty damn cool Corey Dillon card that arrived yesterday: 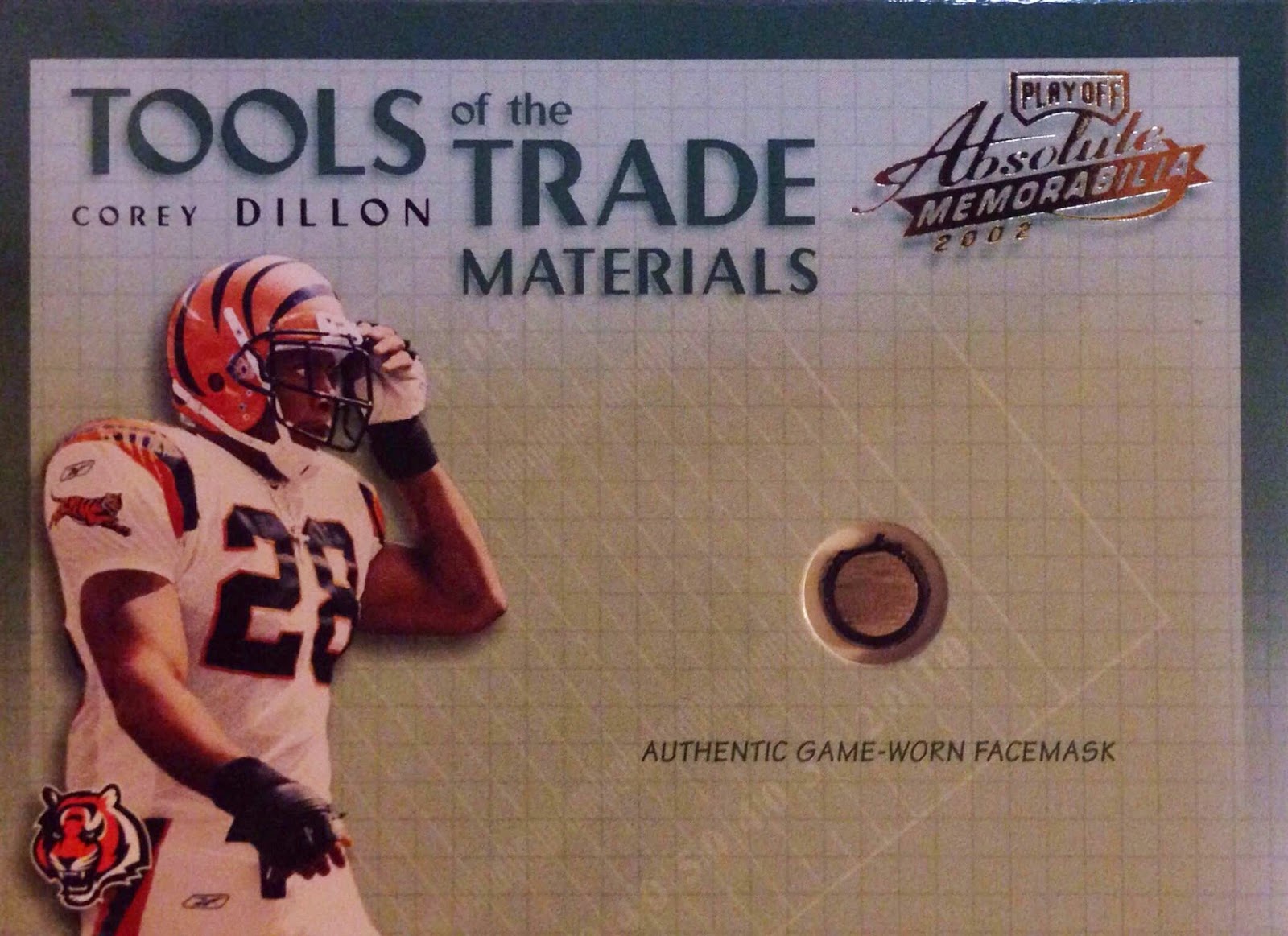 See that little round spec? That, my friends, is game-used facemask! 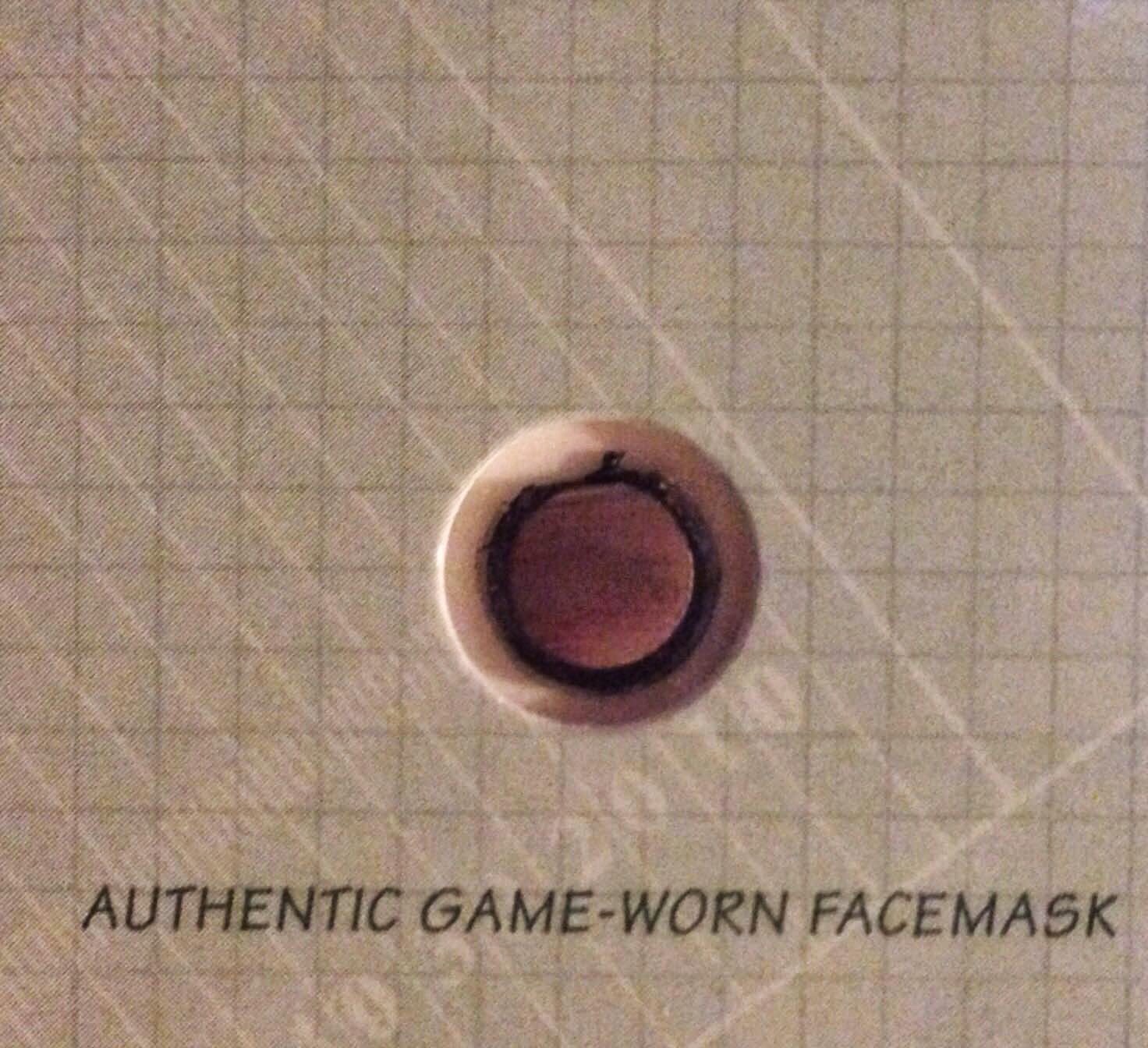 Now, I don’t have many football cards, so I have no idea if this is a common relic or not, but damn it’s cool. It’s just so much more unique than jersey swatches. Has there ever been a catcher’s mask relic like this?

I also applaud whoever thought to chop up the mask in little pieces like this. Seriously, it must have been a pain.

Oh, and speaking of facemasks…JBF also included one of his 1987 Topps Blogger customs. I’ve been waiting for one of these! 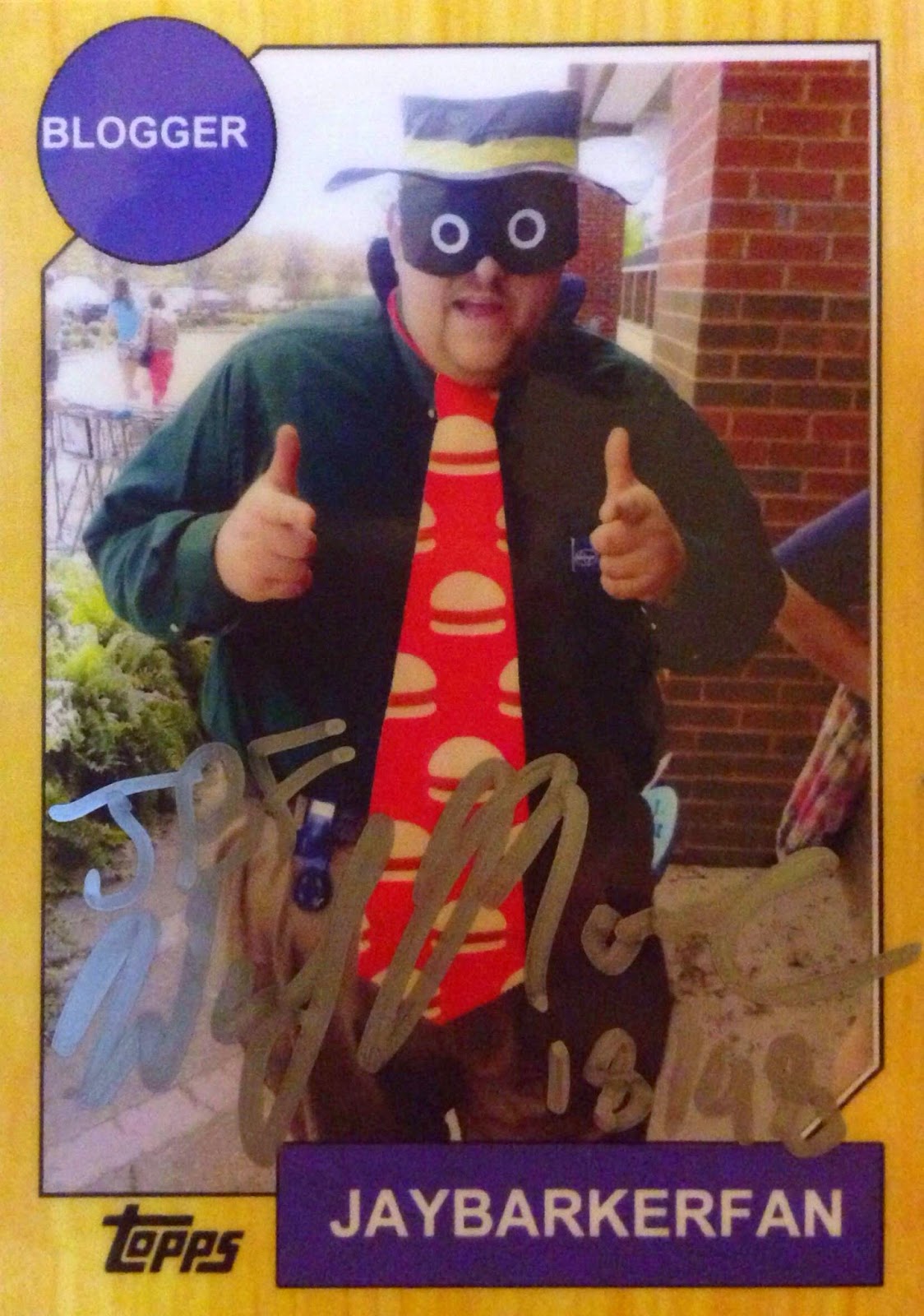 Wes, thanks my friend.
Posted by The Lost Collector at 6:00 PM