We're making some headway and are halfway through Zippy Zappy's Christmas Zapping! I've featured eleven packs so far. Here are a couple more!

Pack #12 has a PC guy Gary Sanchez on some shiny Bowman Platinum. I really like the purple-bordered Russell Martin, as I never get these Toys R Us versions. 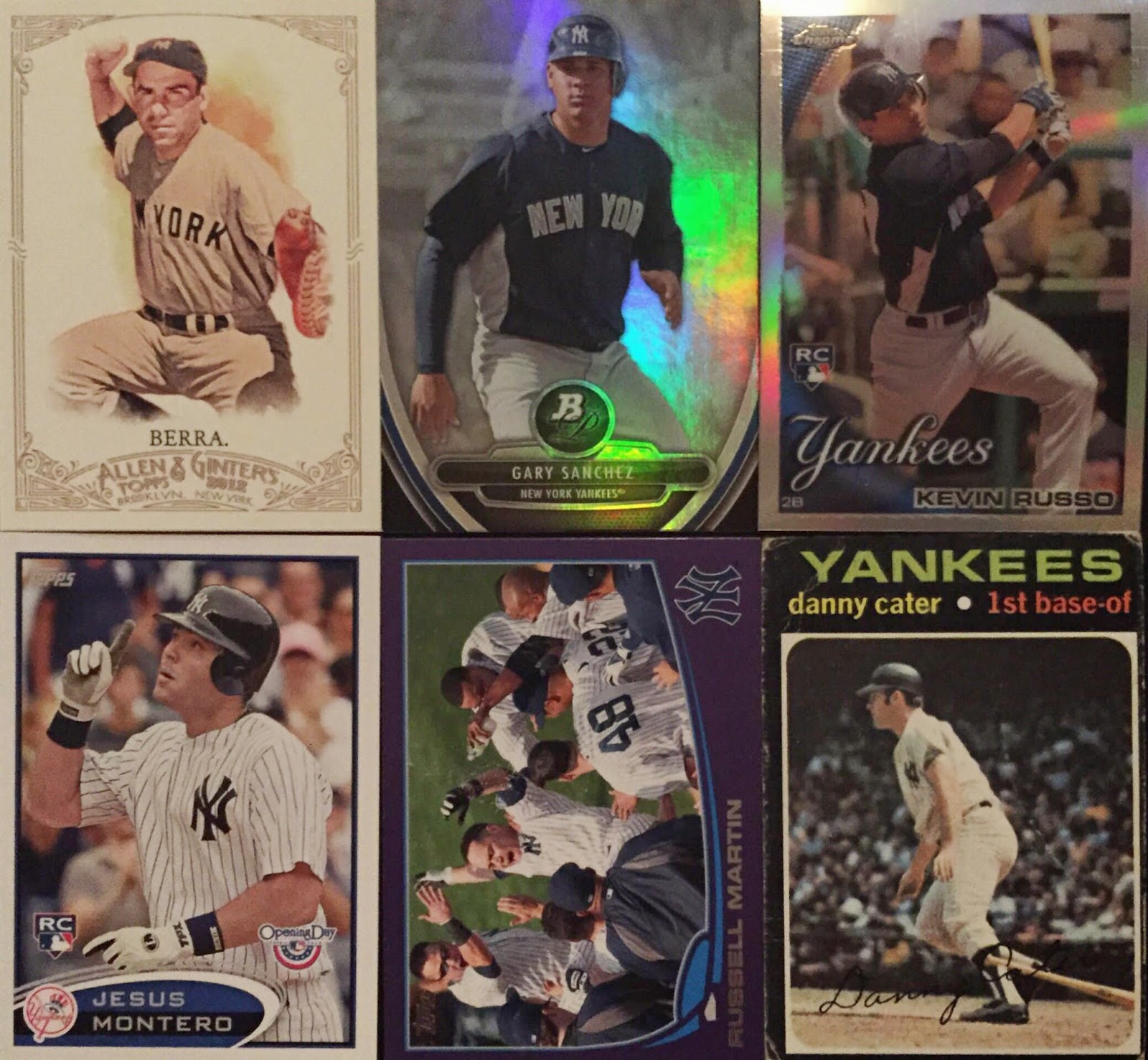 Lucky pack #13 is up, and we have a hit! A Mark Teixeira framed jersey card pops out of the pack. Add in a Tex 'Spot the Error' insert, and the Yankees 1B really brought it here. With the Beltran, I suppose this must be 2014 Archives, but I've officially gotten past knowing what year is what when it comes to Archives over the last few years. 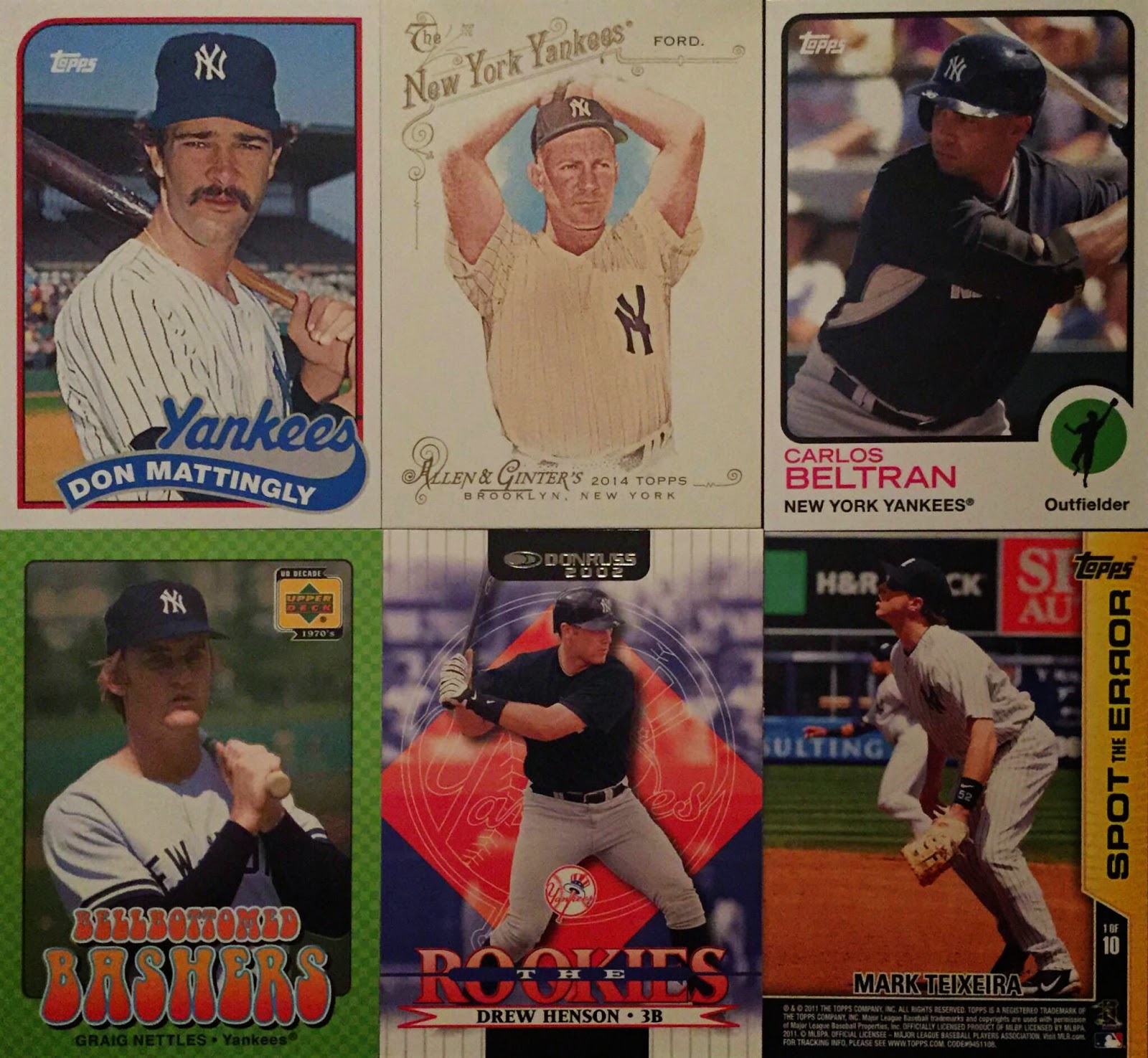 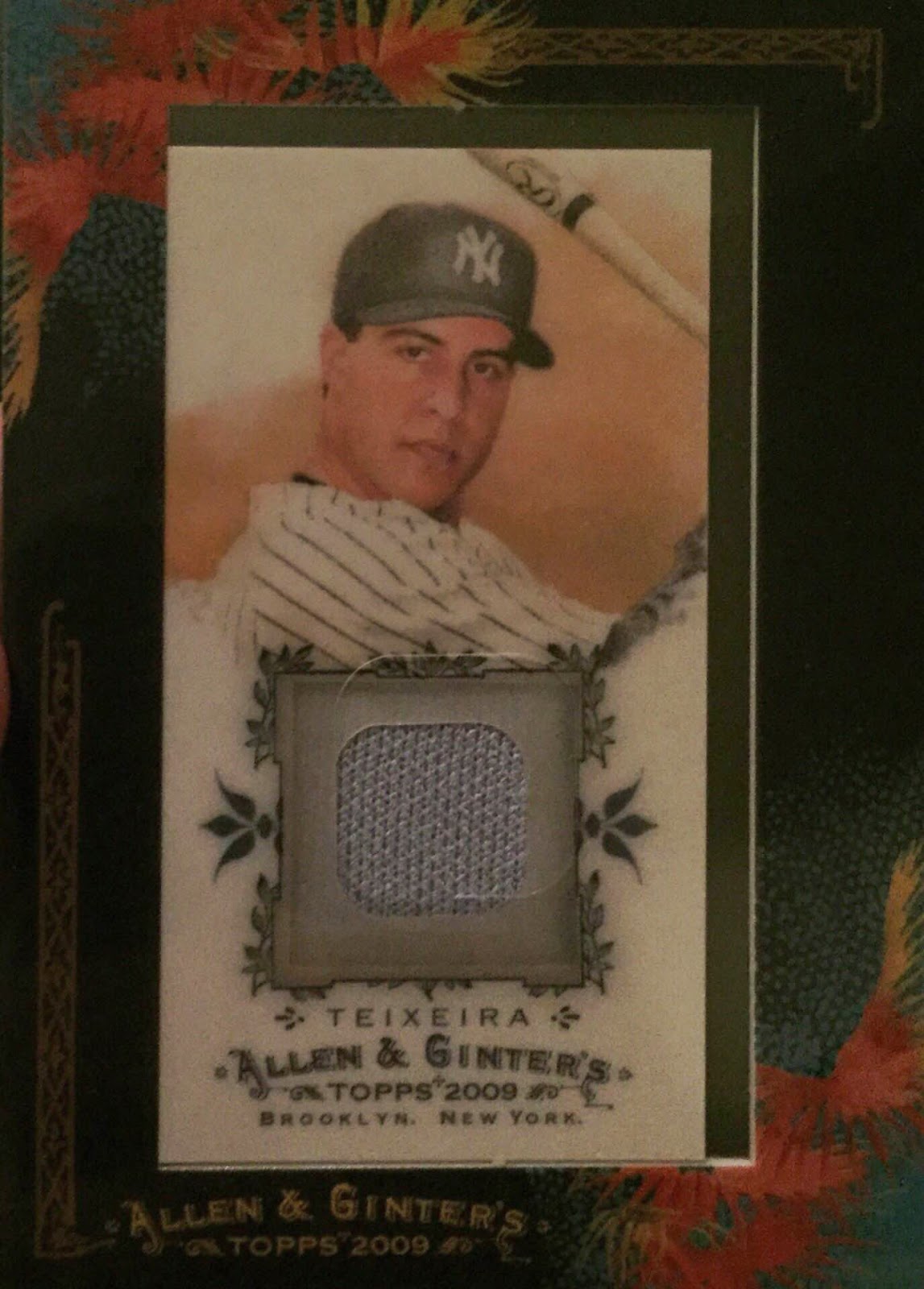 Another hockey alert! How is this getting past quality control? This pack is a little bittersweet with the appearance of Manny Banuelos. I wish the little lefty the best of luck with Atlanta. 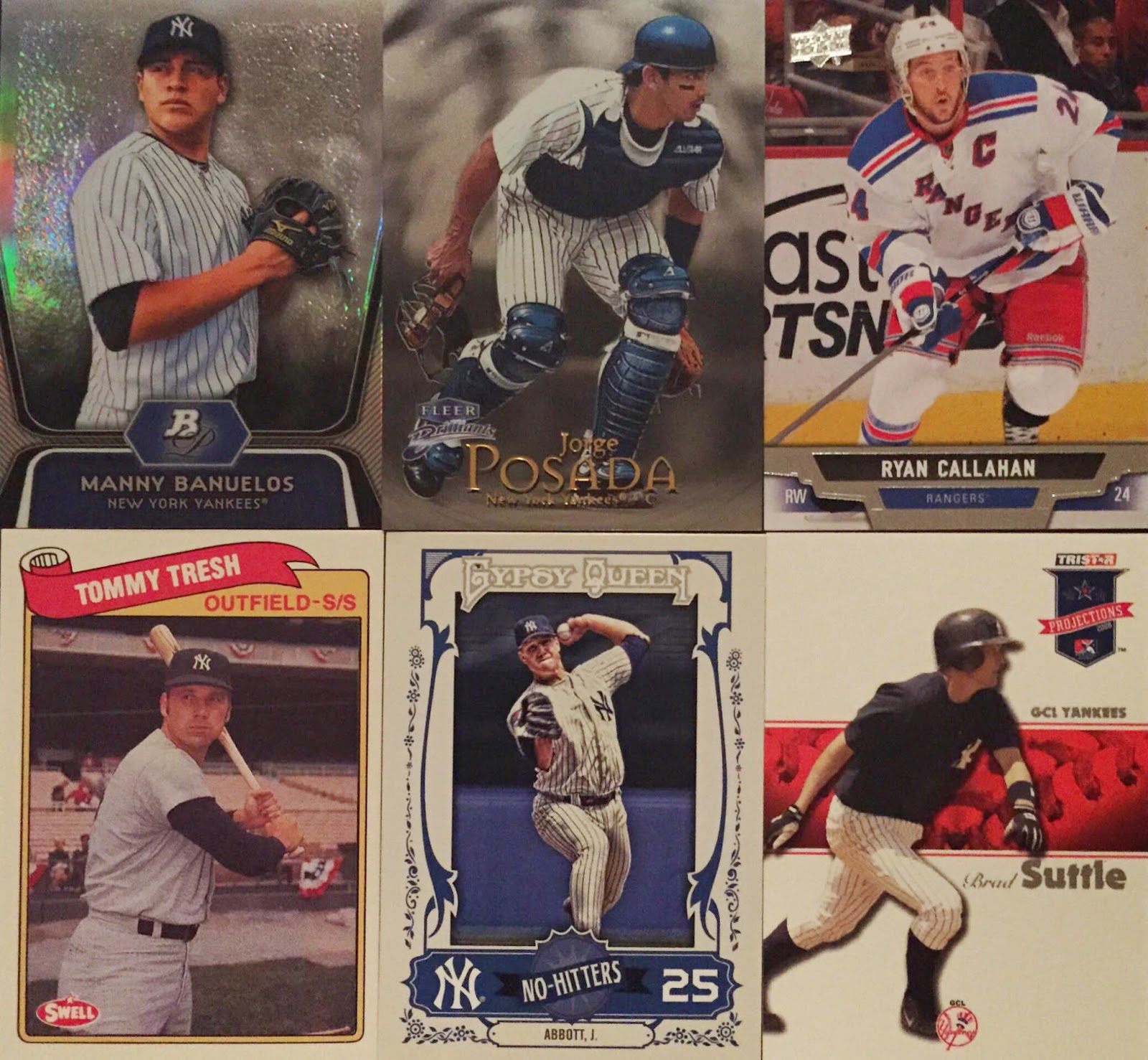 More hockey!! This is nuts. But it's cool, it's the Rangers and it's Brad Richards. The rest of the pack was pretty fun too! The JR Murphy 2014 Finest is definitely my favorite card of the pack, although the Leaf Mattingly is riggggght behind it. 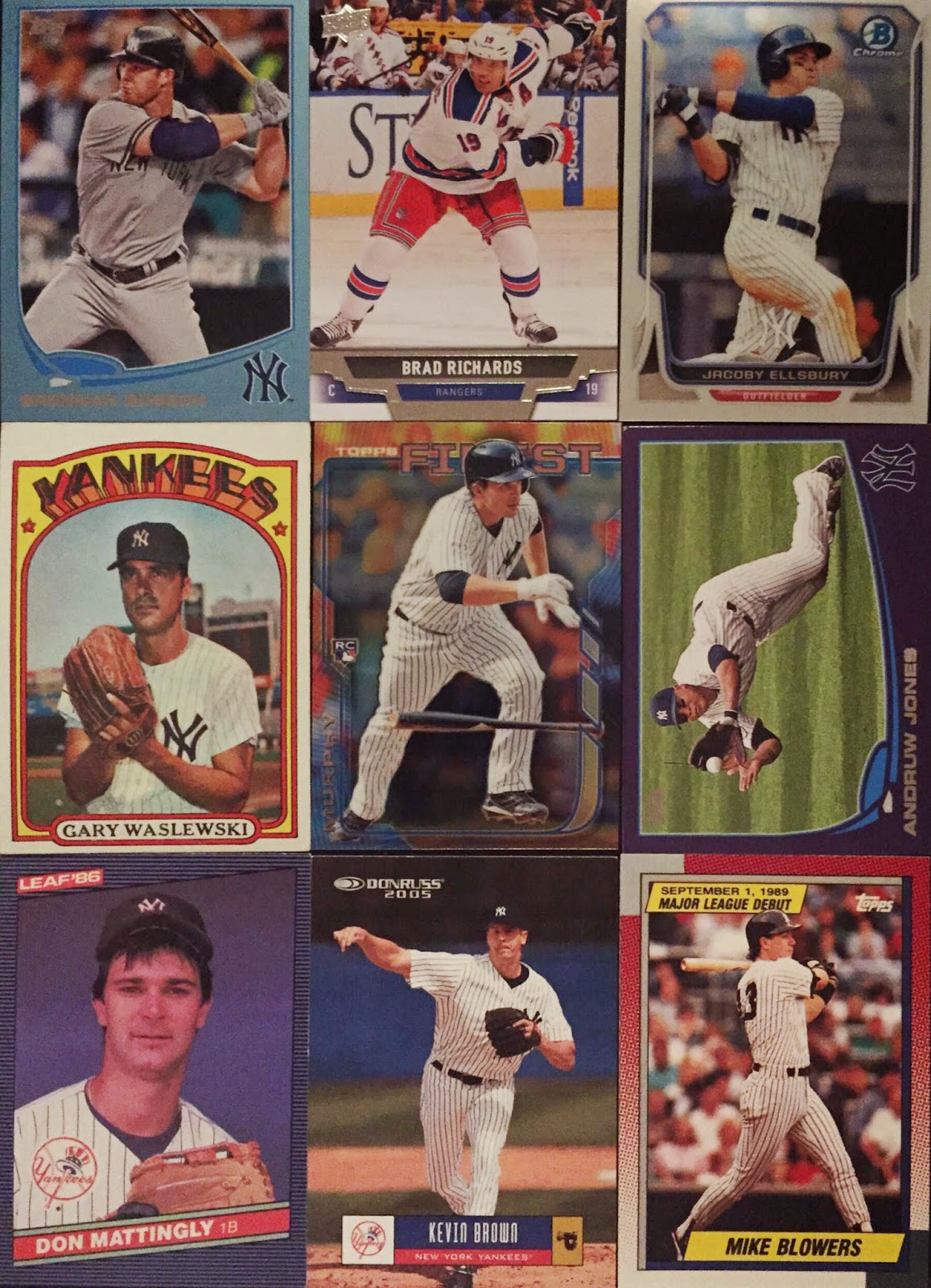 Pack #16 has a hit! And this time we have an auto of Shaeffer Hall, who has a decent signature and the name that sounds like a college dorm. And I gotta say, that Cecil Field '97 Topps of him running is gold. It's not Topps Gold, but it's gold. 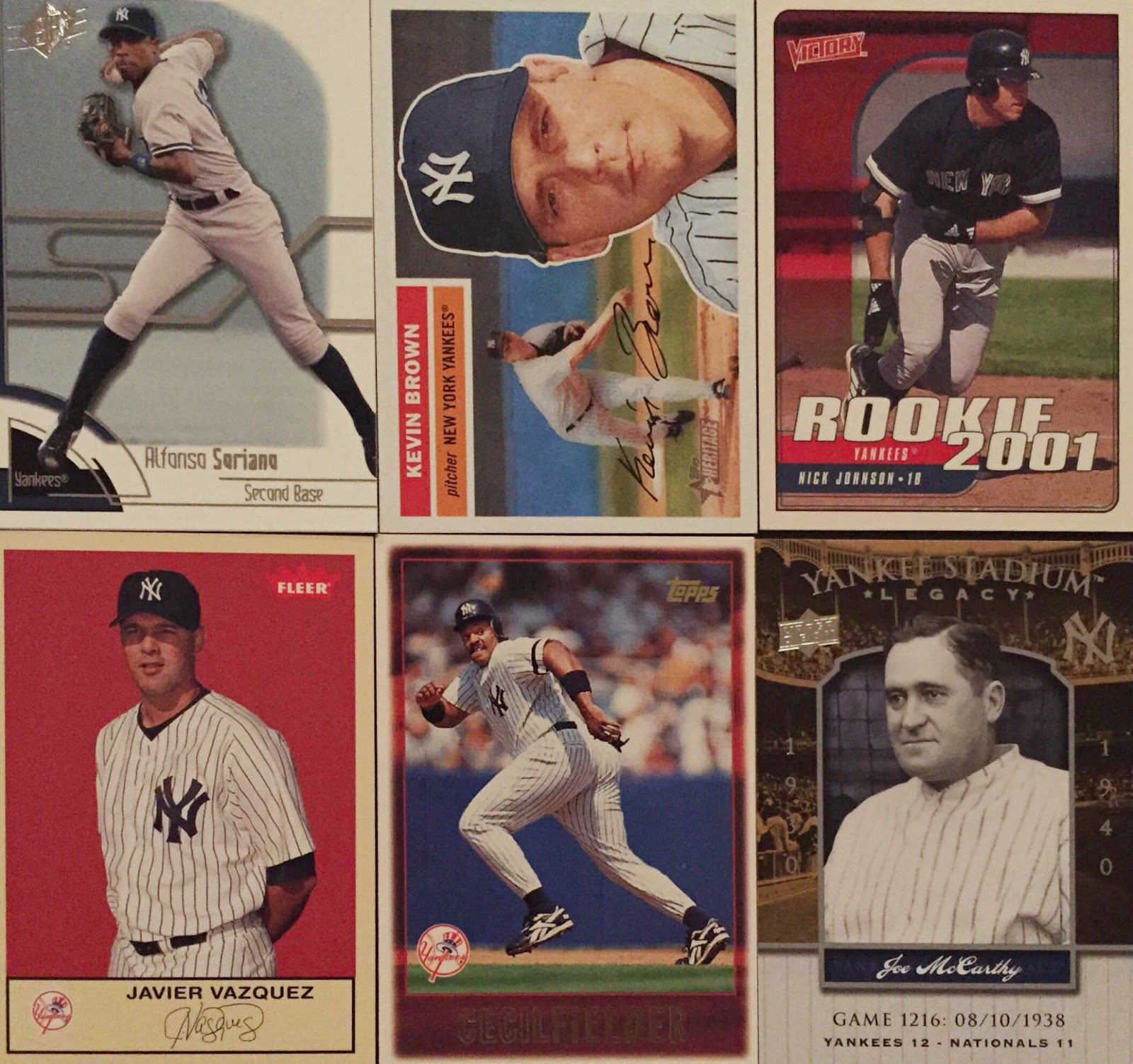 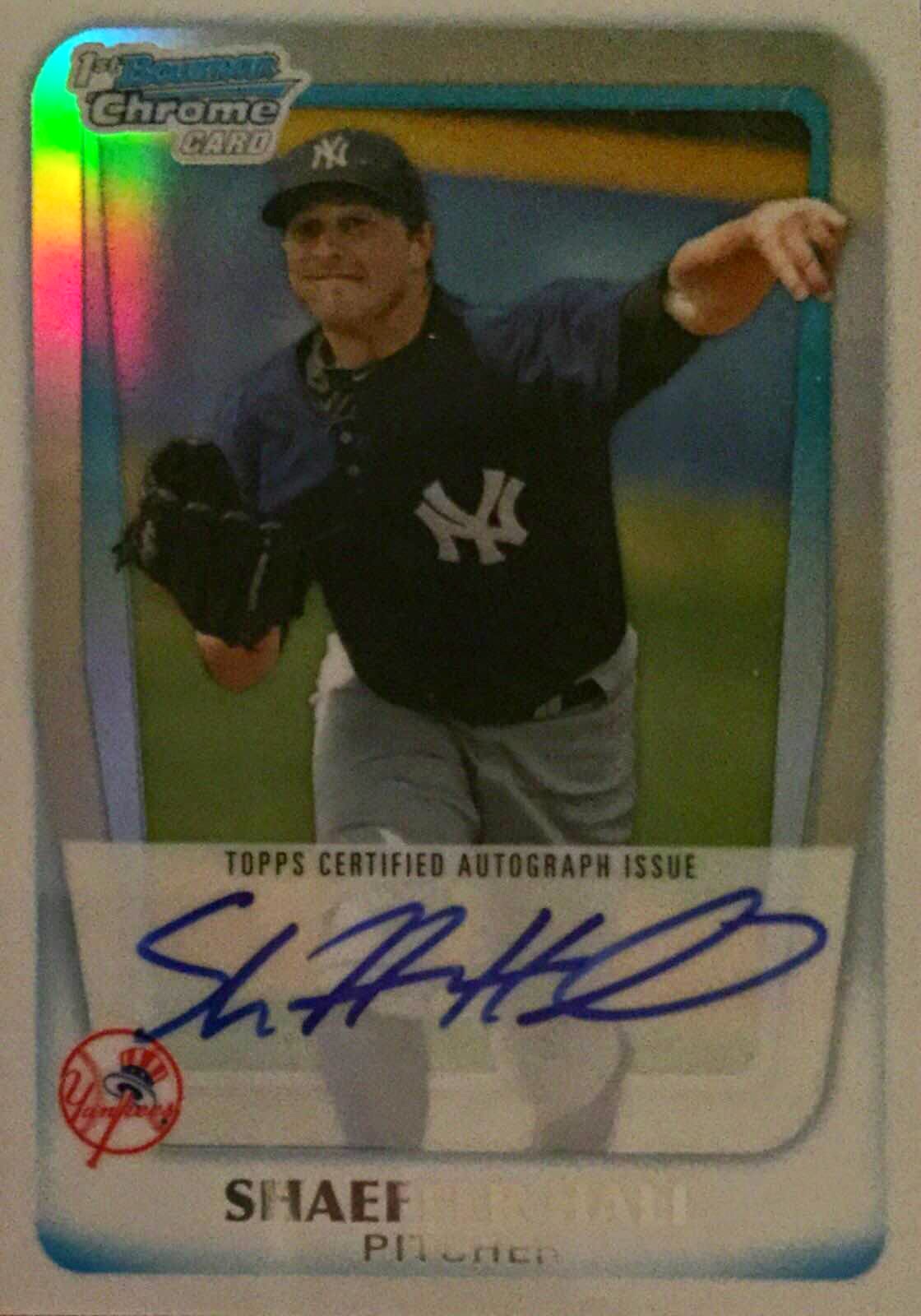 Let's finish it off (pack #17) with a low-numbered Posada refractor. We've also got Jeter and my man Tino, so that's a damn fine pack. I also should mention that Brian McCann reappears after a 13-pack absence. 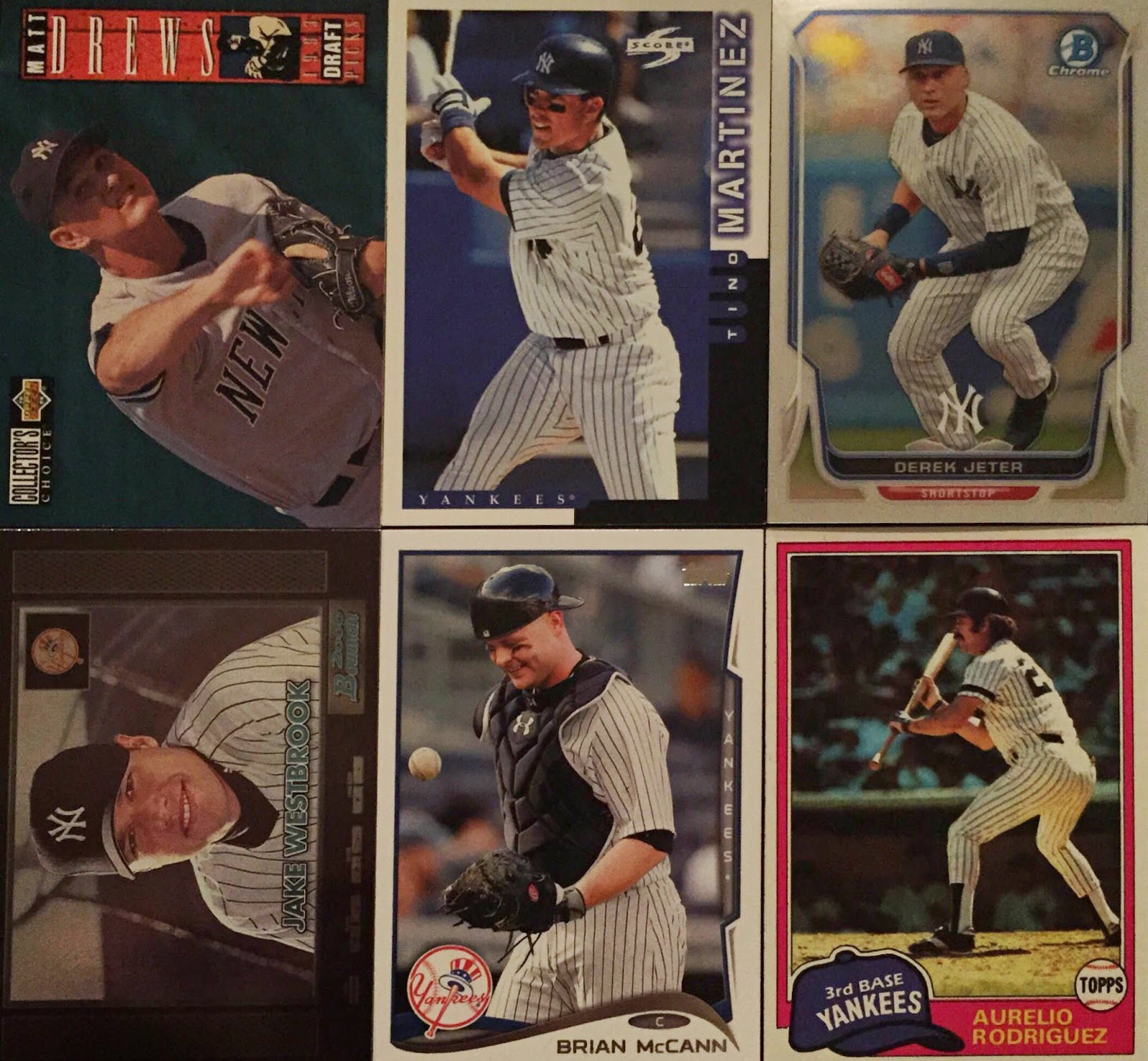 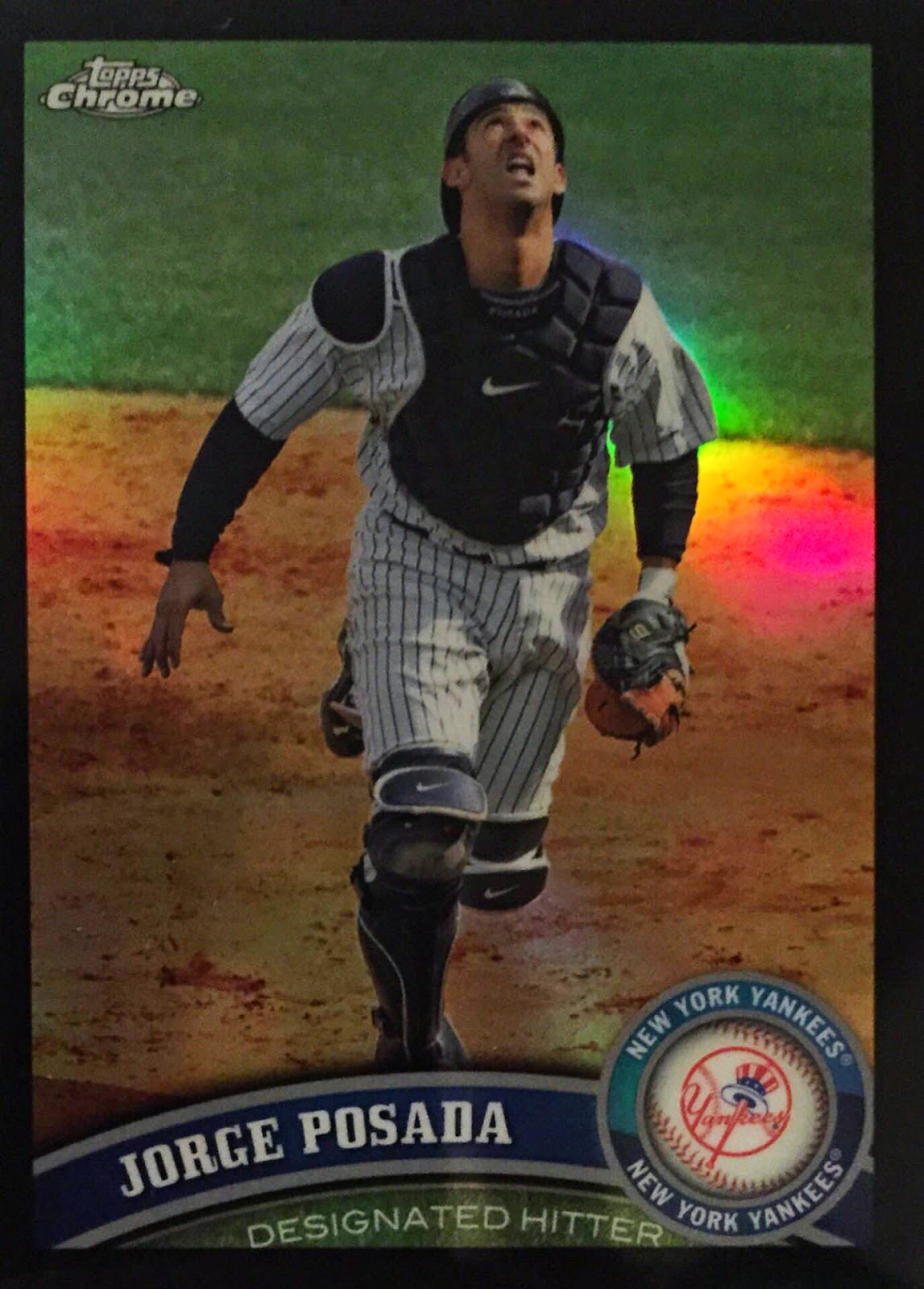