I've probably traded with four or five new people on Twitter. I don't actively seek out new traders on this medium, but it's easy to get connected to new collectors through familiar collectors. That's exactly what happened this past week. Gavin from Breakdown Cards has a connection, @Stetsonaw, who posted about a 2015 Bowman Purple Ice Michael Pineda he was looking to unload. Gavin tagged me, and the connection was made!

Originally I thought I needed the Pineda. I have no clue what I have. Stetson was actually the one who pointed out that I have it on my "have" list on my blog. Derrrp.

Regardless, we still agreed to a blind trade, because hey, why not? Stetson sent me a great team bag full of Yanks, including my first 2016 Heritage cards. I've always been a fan of the '67 set. If I ever chase down a vintage set, I feel like '67 would be the one. Plus I already have the Mantle. That's a nice head start. 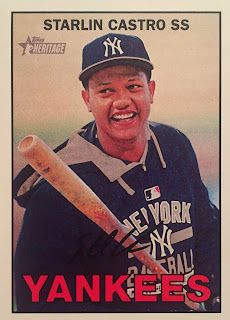 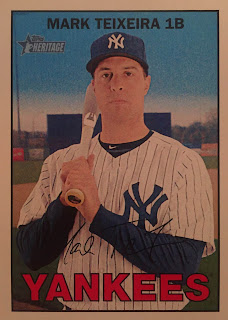 This is is also my first Starlin Castro Yankees card. Is that the first-ever photo-shopped sweatshirt? 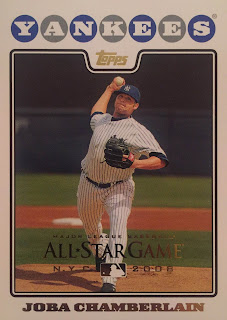 This card also caught my eye! While it's from 2008 Topps, it's stamped with a 2008 All-Star wordmark. I did minimal searching and can't find much about it. I wonder if it was given out at All-Star fanfest or something? The back says 2 of 4, so there are three other cards in the set. 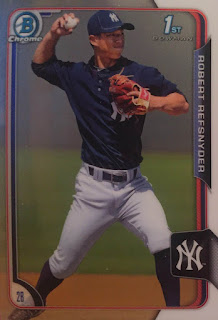 I can never have enough of Robert Refsnyder's first Bowman card. 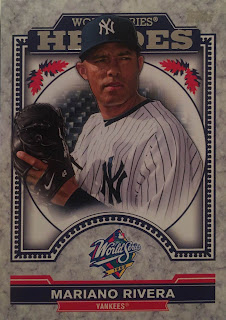 These got little fanfare, but I think they are one of the nicest insert sets Topps has put out in the last few years. 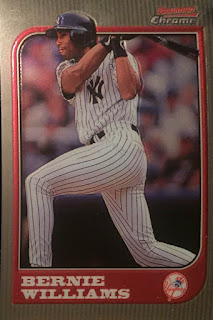 There was a bunch of other goodies as well. Stetson, I owe you. Thanks!

Posted by The Lost Collector at 6:30 AM