Hemorrhage in my mailbox

I think the first time I heard the word "Hemorrhage" was back in 1995, when Billy Madison hit theaters.

There's a part in the movie where Billy is down the in the dumps, and he sings his redemption song. A clown that had previously fallen off of his stilts then perks up and says, "Hey kids, it's me. I bet you thought that I was a dead. But when I fell over I just broke my leg and got a hemorrhage in my head."

These days, the word hemorrhage is now, thankfully, more closely associated with a newer blogger, Jay over at Card Hemorrhage.

Jay recently sent me his second PWE, which was funny because it came while I also had one out in the mail to him. This was a fun one full of random cards of all sorts.

There were some very unexpected hits, like a Brook Lopez jersey and a Cleanthony Early autograph. 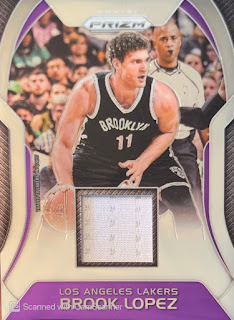 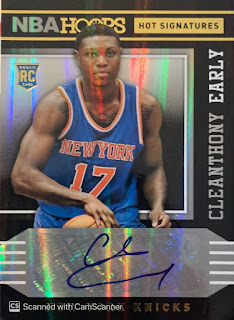 Or a low-numbered Reggie Jackson. A close friend of mine when to Boston College, so I may hand this off to him. 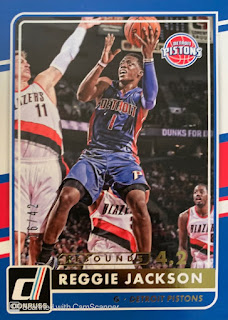 I have very few LeBron James cards, so this was a cool surprise. 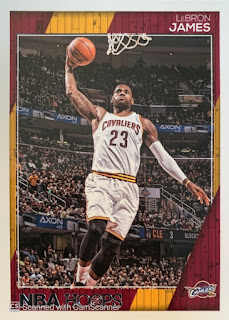 A couple of rookies. Randy Moss will go into my RC collection of guys from other sports. He's a HOFer, you know. And Chris Jackson...he later became Mahmoud Abdul Rauf. Great old Skybox design! 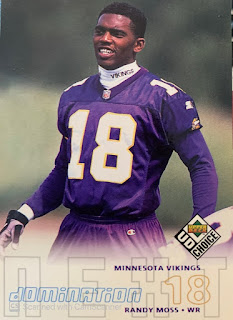 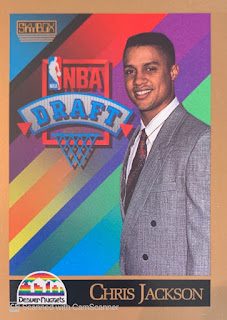 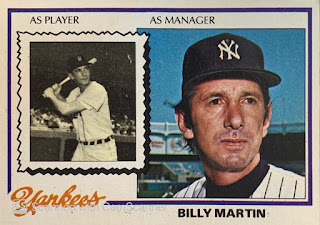 A few more from the late '80s as well. With the recent boom on 1987 Topps, this Pete Rose might command a pretty penny now. Just kidding. 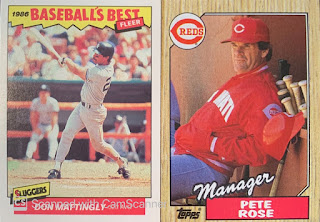 What a fun and diverse PWE. Thanks, Jay...not only for the cards, but hopefully for the new word association of cards instead of clowns.


Posted by The Lost Collector at 8:28 AM