Return of the King

A few weeks back, The Diamond King ran his own unique twist on the Big Fun Game. The BFG is a Napkin Doon creation that has seen a few iterations, but it is still alive in several forms, and for that, he is always with us.

The DK ran a fun one where he gave every player a balance - 100 DK$ - and you essentially bid on the items he posted. Players could also receive bonus DK$ for answering trivia questions or unlocking hidden moments of the game.

I only one won lot - I was a little too stingy with my DK$ - but I came home with a good one.

I feel bad because I sniped a fellow blogger, but it just so happened I was near my phone as the bidding was coming to a close, so I took care of business.

The item I wanted centered not only around basketball RCs, but had a few MJs as well. Fitting that I won it for 45 DK$, a strategic number I used because one of the Jordans was of him wearing #45:

The real apple of my eye was a RC of this guy: 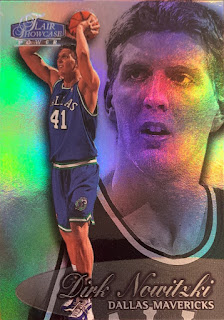 Dirk was a player I really enjoyed watching, and the chance to score a beautiful Flair RC of him was too much to pass up.

This was the second most interesting card to me, for obvious reasons. Any Kobe adds right now are solid. 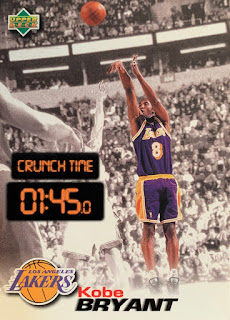 I had never seen these M3 rookie cards, They are pretty fun. In doing a little research, the ones with LeBron are obviously the most sought after. I liked the ones with Melo and D-Wade, though. 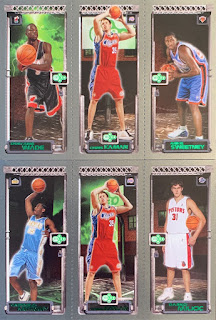 Next, some RCs of guys in a college product. Fun cards. You've got a beardless James Harden, right before his college career was brutally ended by Syracuse. You've got Derrick Rose, who I saw play for Memphis at MSG and I was convinced OJ Mayo was going to be better. Then you've got Pierce and Duncan. Sweet! 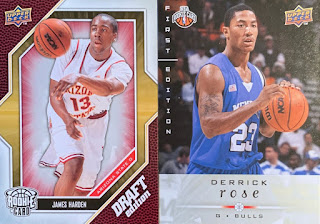 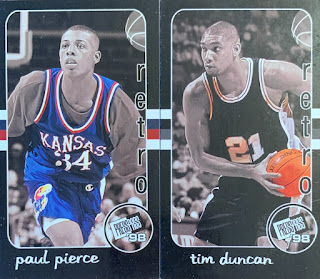 The DK also threw in a few non-auction items, including a signed Tino USA RC and a few others. I asked if he had a story behind the Tino, but just said it came from a cheap box at a show once, The signature looks legit to me though. 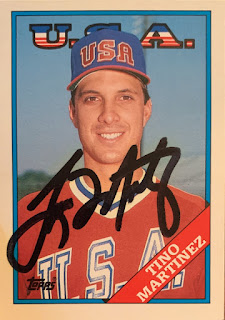 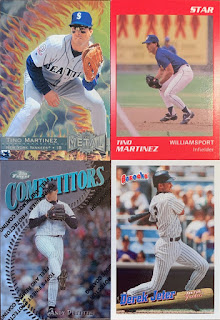 This was indeed a fun game. Just wish I didn't keep 62 unused DK$!

Posted by The Lost Collector at 8:58 AM