The boobs continue to be saved

Every October, perhaps the greatest thing to hit card blogs is Collecting Cutch's Save Second Base event for breast cancer awareness. Not only does he post voluptuous gifs, but also shows off some sweet pink cards. In addition to that, he give to others plenty of chances to win pink cards of their own.
I was the lucky winner of one of the contests, and my prize was the very cool Bob Gibson pink Project 2020 by artist Ermsy. What a cool card, and one of the tamest that Ersmy has done. I have several Project 2020s, but a Gibson was not one of these and will look great alongside the rest. There are a lot of strong feelings about these artist-issued cards. Mostly negative. As someone who paints a bit and likes art, I think they are cool. Sure, some are better than others (subjective) and some I don't prefer (also subjective). But what I find most interesting is that the people who dislike and dismiss these want to make sure you know about it, as opposed to the people who are fine with them and quietly collect. I have the full run of Jeters, yet this is my first time mentioning these cards. 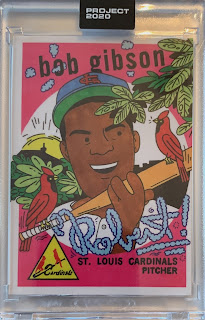 Cutch also threw in a few more pink cards. Can't go wrong with either of these. 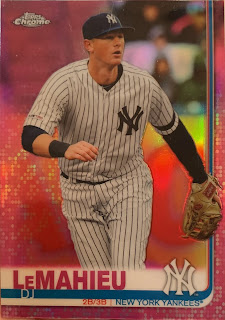 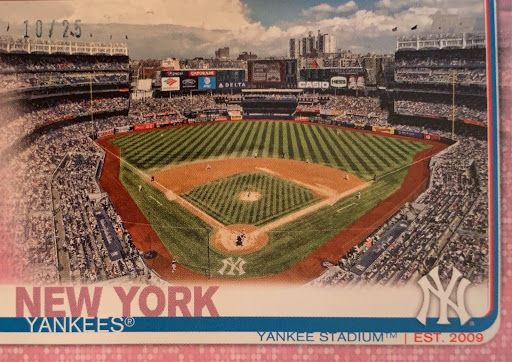 Brian, thanks again for all of your efforts for breast cancer awareness!
Posted by The Lost Collector at 7:12 PM