A list of the top cards Night Owl sent me

Last week, Night Owl sent me a bubble mailer full of Yanks. It was most appreciated and unexpected, especially because I bashed the formation of lists on one of my posts around the New Year. Hey, countdown lists still aren't my personal preference, but if it results in free Yankees cards, I'll keep it to myself.

So to humor us both, here are the Top 9 cards Night Owl sent me, because Top 10 would be too cliche: 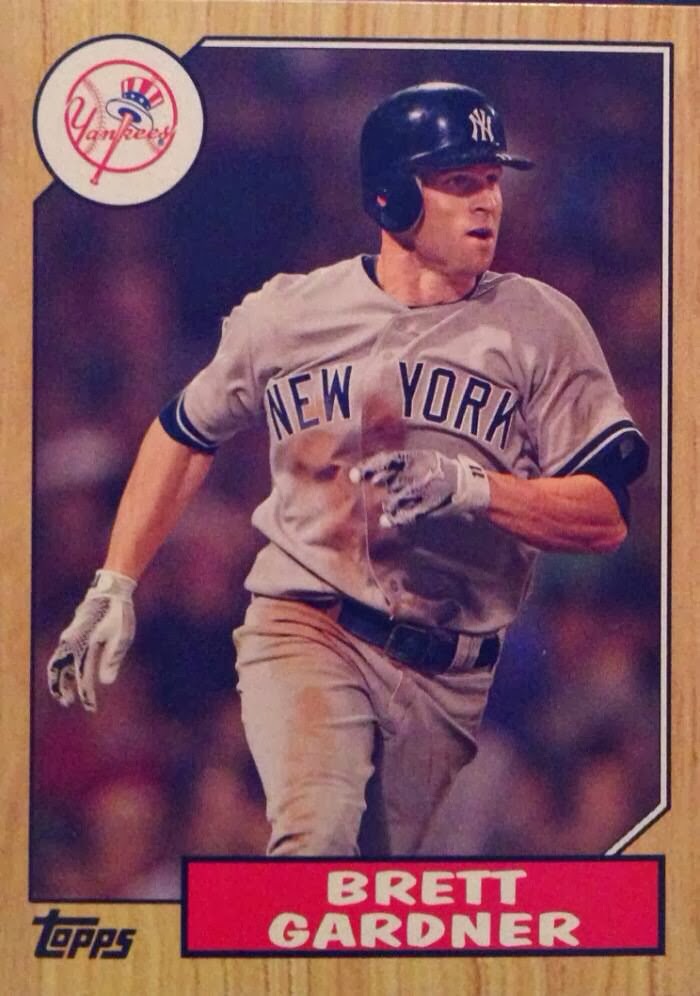 I'm pretty sure this is a night card. And a mini. Greg, are you slipping? Is this a dupe? Or do you hate the Yankees so much that you don't even care it's a night time mini card? 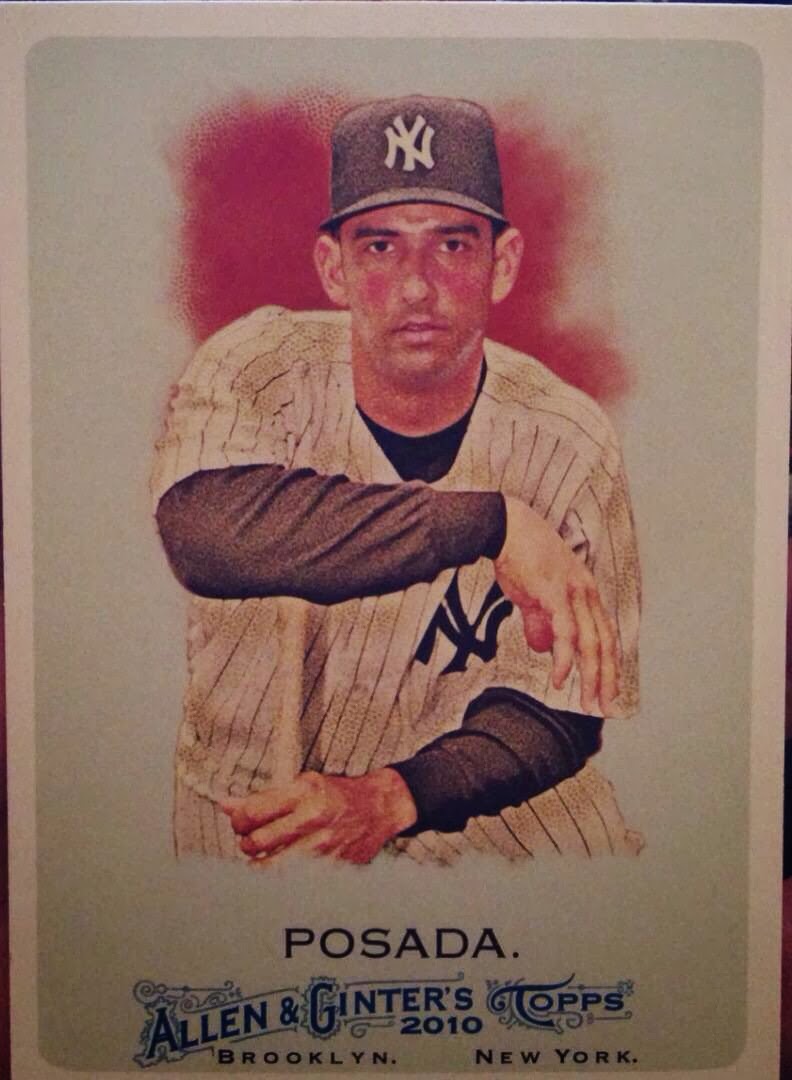 But truthfully, I didn't love the white border around these 2010 A&G's, and wish it was all one color. I like the red splash though. And the cool managerial pose. 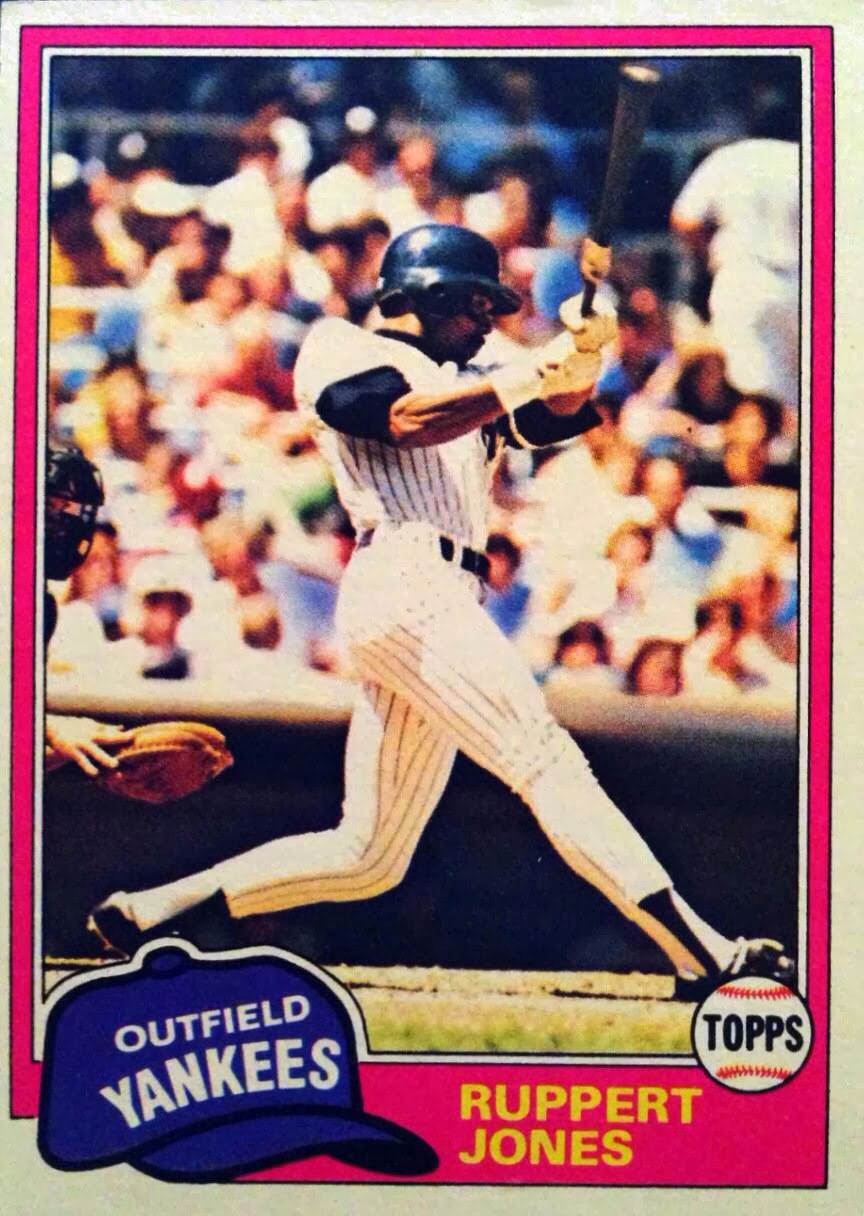 Because Ruppert. And stirrups. 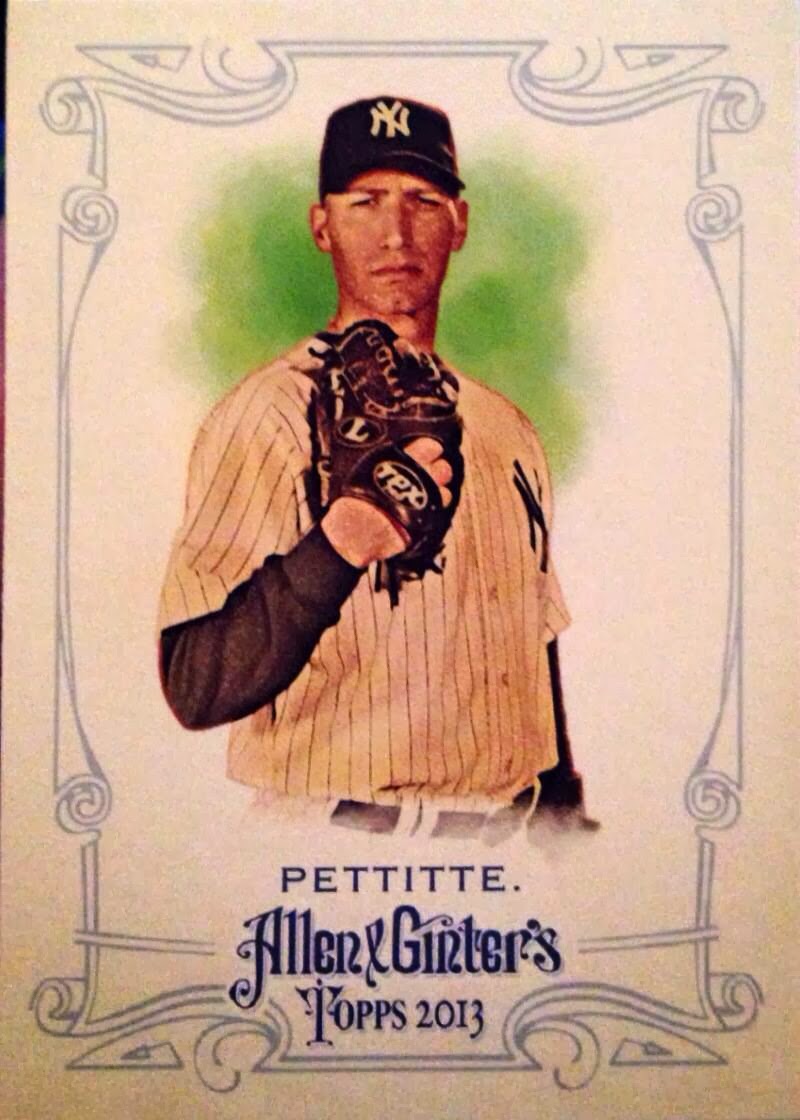 I didn't get too many Allen & Ginter's in 2013, but I don't mind these at all. I like them more in person than I thought I would. The border is a little overdone, but still feels pretty classy. The thin lines helps. I love the ecto-cooler green behind Pettitte. It's a great color. 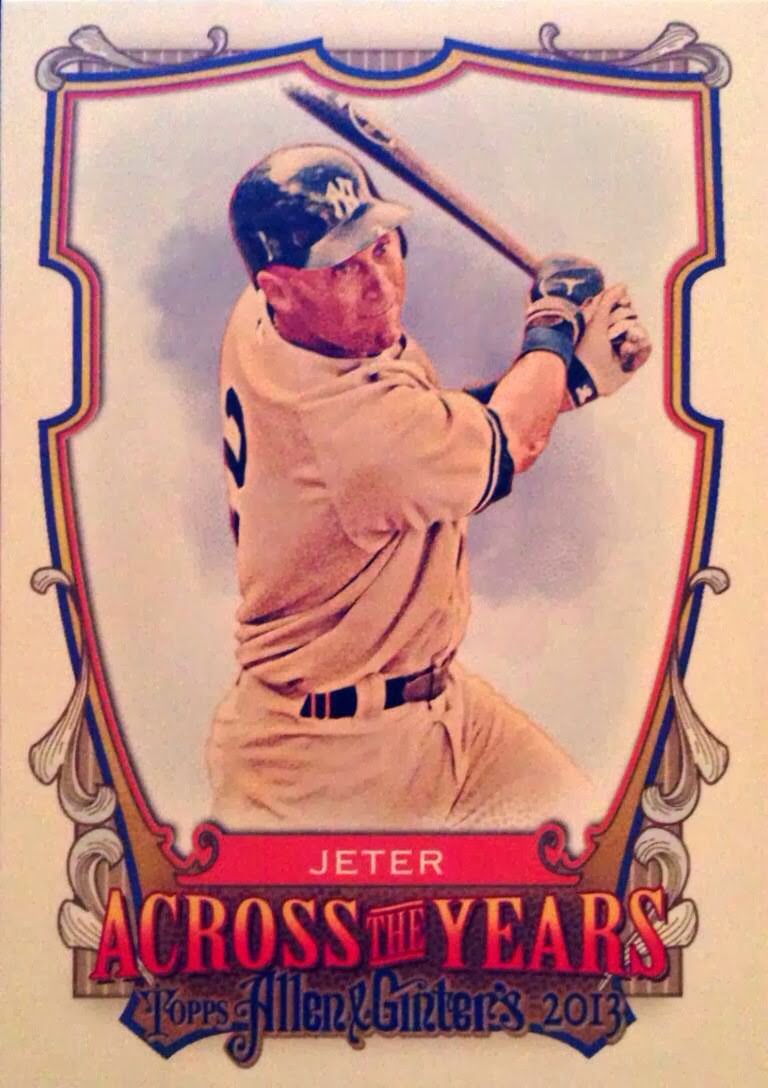 This is a cool card. I like the shield, and love seeing Jeter spray a ball the other way. The back lists some cool fact for Jeter's birthday, like it was the first time the UPC code was scanned. No kidding. 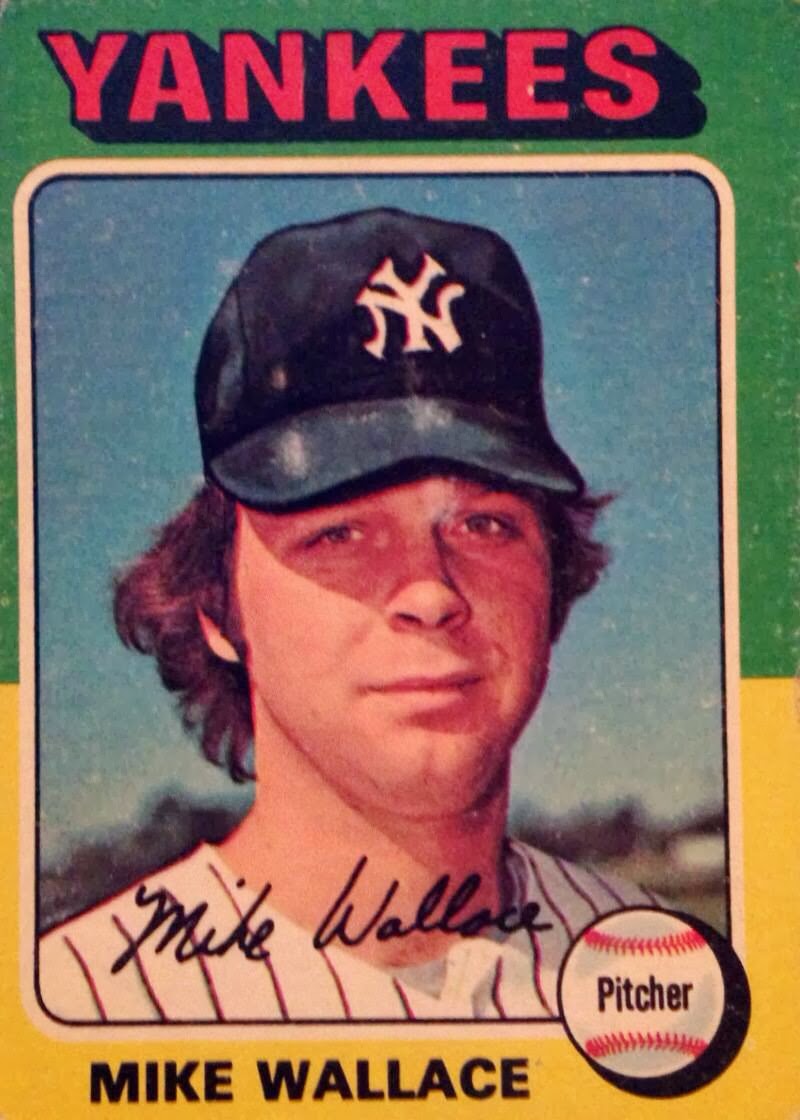 I love 1975 minis. They are cool as hell. Greg is collecting the set, so I'm assuming this was a dupe. What is with Mike Wallace's hat? It looks like a cartoon hat, like the one the guy on the Big League Chew packet wears. Honestly, is it painted on a picture of Wallace?

Night Owl sent me Bobby Bonds from this set in the last package, so I'm hoping he'll eventually just send me the team set. 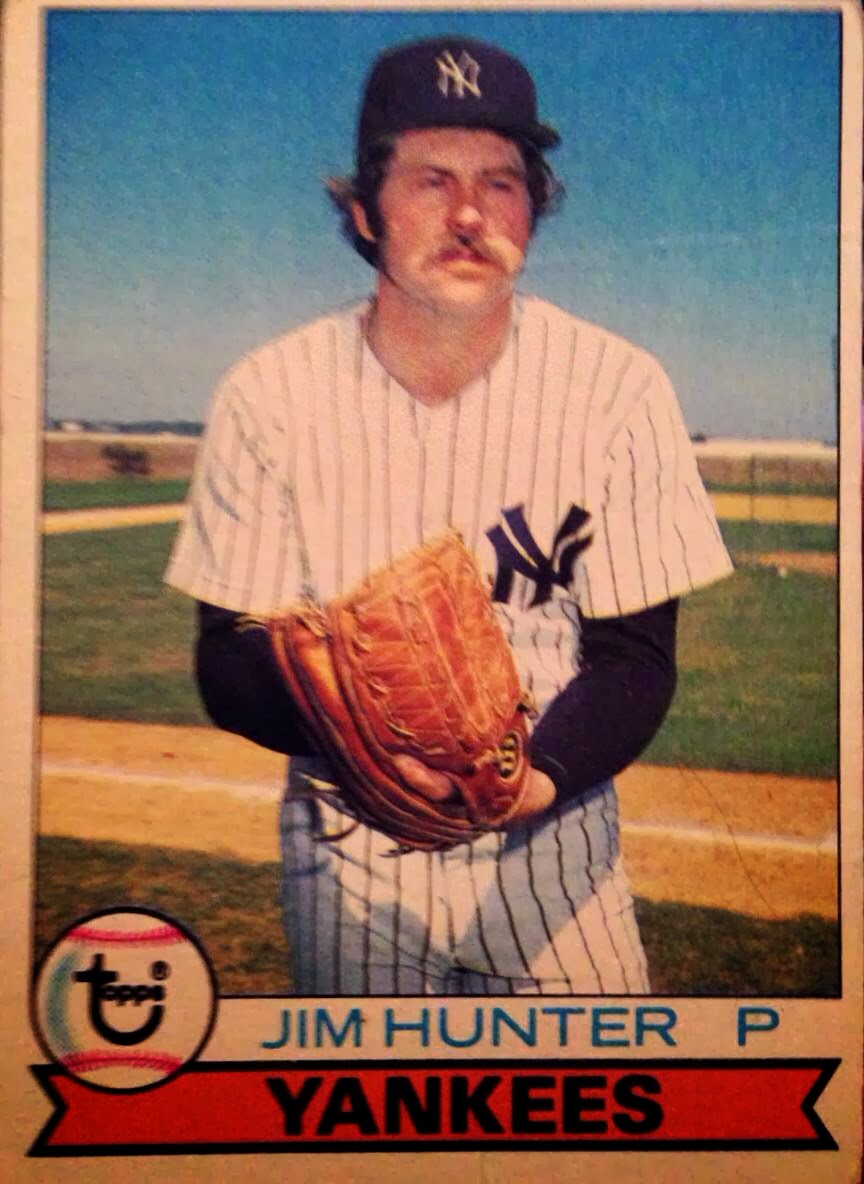 What a great card. A few things stick out to me. I know 1979 wasn't THAT long ago, but the gloves look pretty similar to the way they do today. I would have expected them to look a little different. Not weird Phil Rizzuto giant Hamburger Helper hand gloves, but just a little less advanced.

Two, I realized this was probably taken at spring training, but I swear, that's an airport runway behind him. Spring Training complexes have come a lot farther than baseball mitts since 1979. 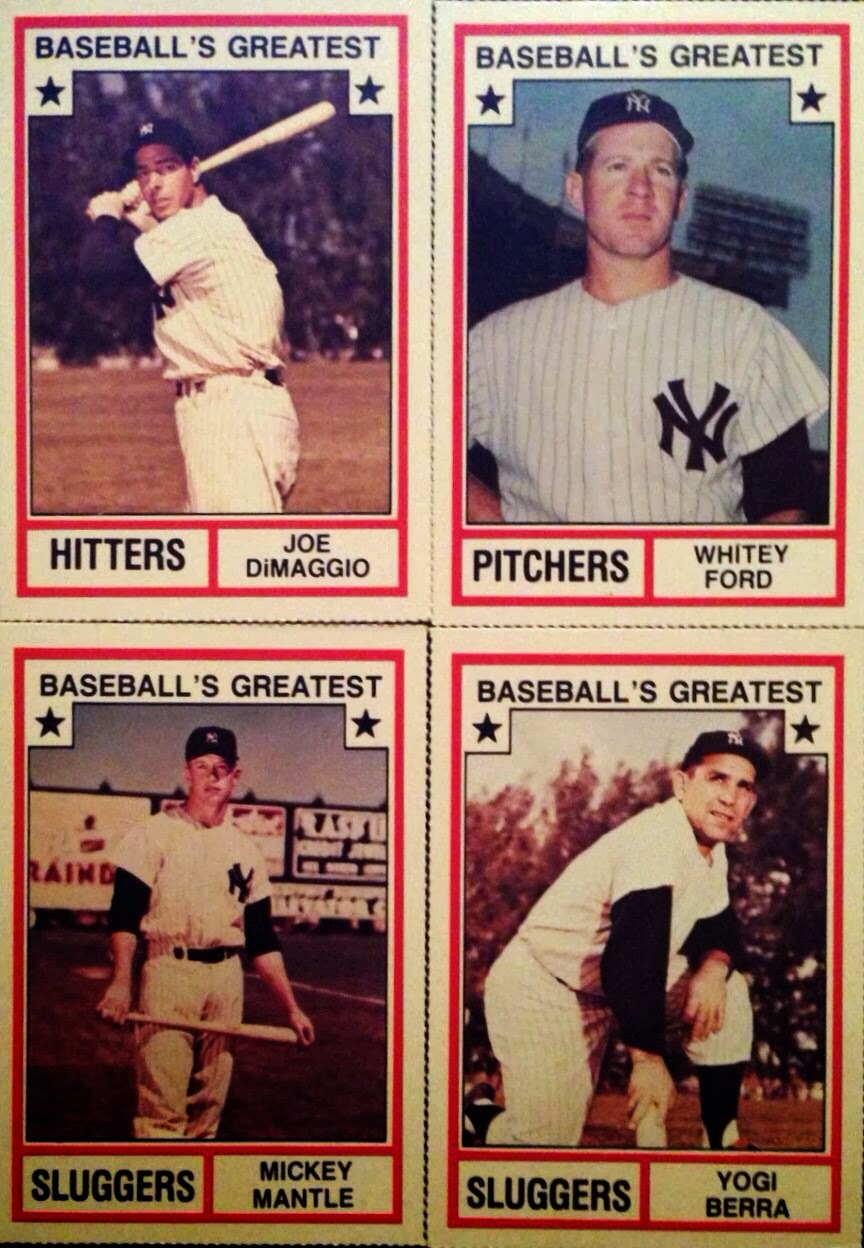 I've really come to appreciate TCMA. I used to see them as "no man's land" cards...not quite vintage, but not new. But I like them more and more every time I receive them. The write-ups are always pretty good, and the designs are always simple yet elegant. 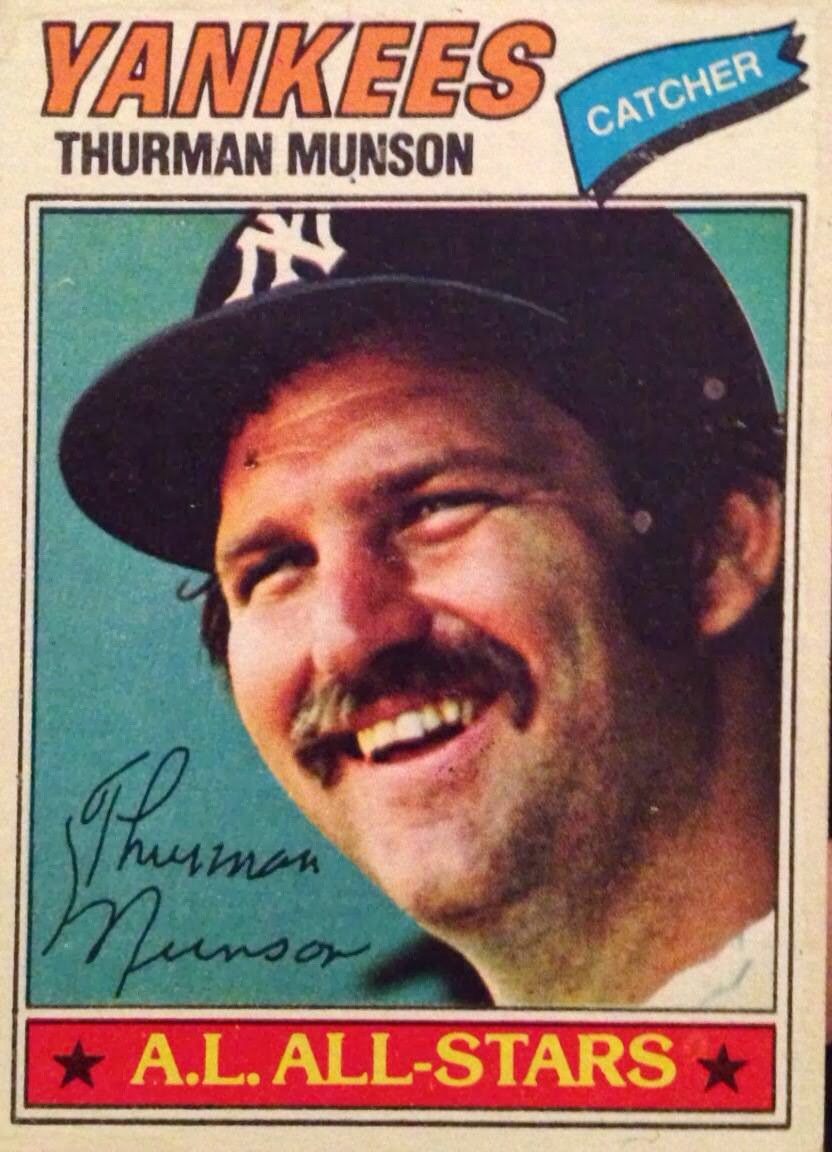 Munson was a bad ass. Even when he smiles, he's still cooler than you. I actually didn't have this Munson, and now just need one or two more to complete my Topps set of him. Ever notice how similar this background color is to a 1952 Topps Mantle?

And that's the list. That wasn't so bad! Greg, thanks for the cards.
Posted by The Lost Collector at 8:00 AM