All about 'base' cards 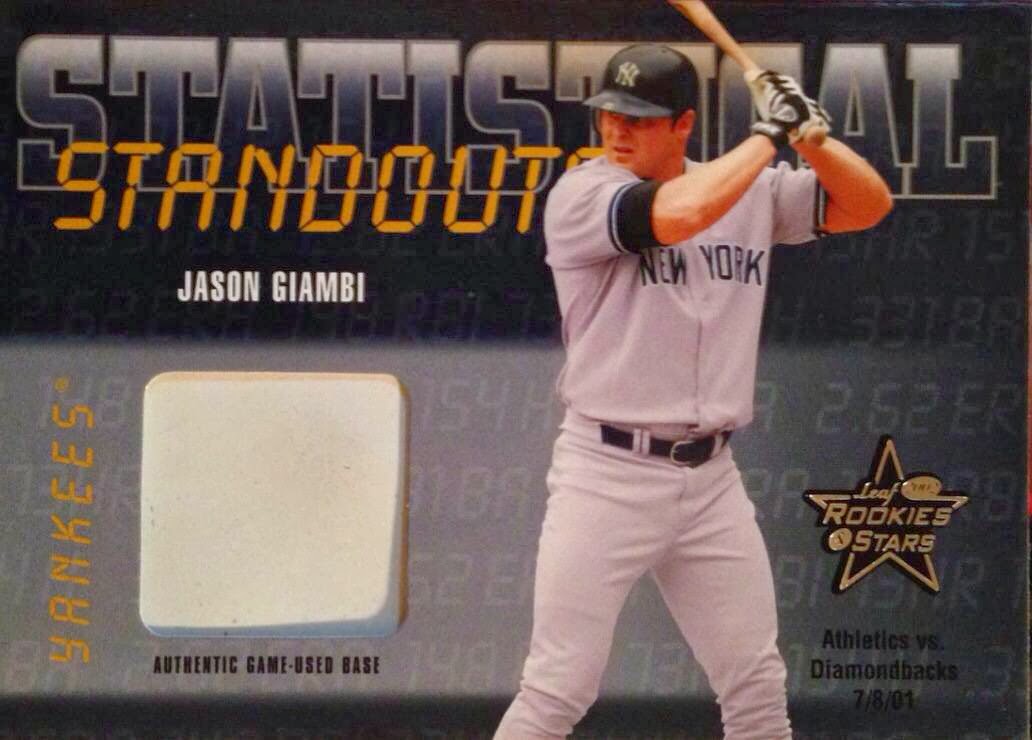 I'm a big fan of relics that aren't just plain swatches and pieces of wooden bat. I like unique relics, like patches and buttons. Unfortunately, those are a bit out of my price range, as they are usually quite rare. One cool type of relic that I particularly enjoy and that can be had on the cheap are game-used base cards.

In fact, a few years ago, I collected the entire 2000 Upper Deck HoloGRFX A Piece of the World Series set, which included game-used base relics from the 1999 World Series.

When I saw this card on Listia recently, I decided to go after it. I did spend a decent amount of credits on it, but I'm happy with my decision. It's a very cool Jason Giambi 2002 Leaf Rookies & Stars card with a piece of game-used base. And as Topps refuses to do, Donruss actually gave the exact date and game that the relic was from.

Posted by The Lost Collector at 8:47 AM