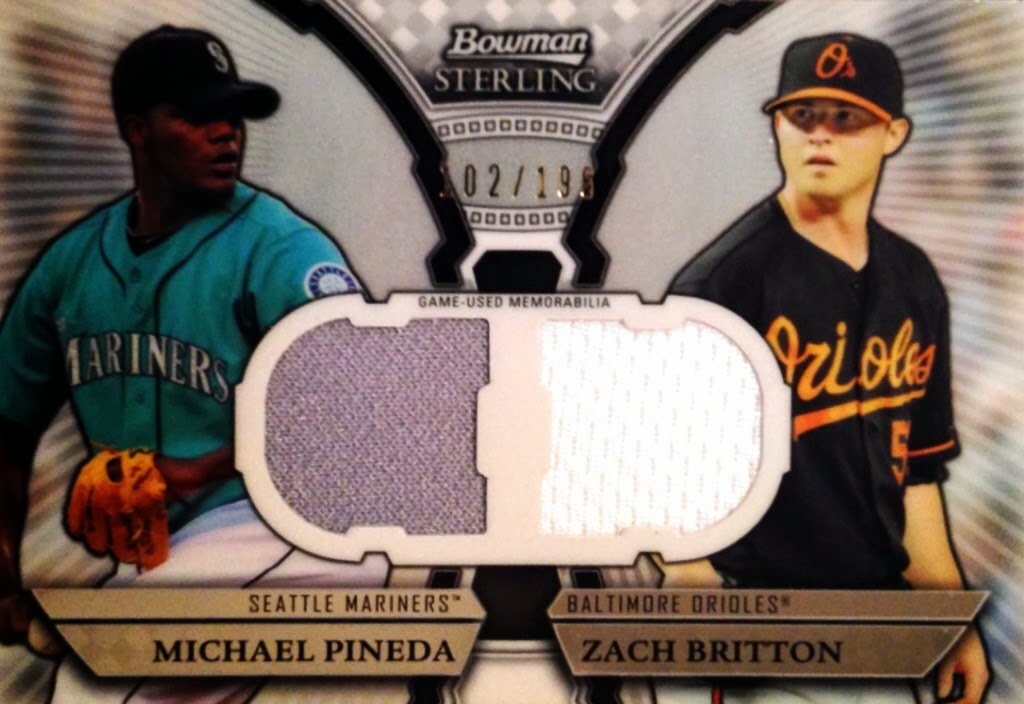 I finally snagged my first Michael Pineda relic, even though it's of him in a Mariners uniform. You know, I guess he actually needs to pitch in a game for him to get a true game-used Yankees jersey. He does have a few Yankee jersey issues, which is weird since he's never pitched for them. He had a few spring training appearances in 2012, so I suppose that's what those are from. Wooooo.

Anyways, this is a dual-relic card with Zach Britton of the Orioles. I remember Britton being a pretty big prospect for them. It seems like he's had a rough go of it in the Bigs so far. At the time, I'm going to say this would have been a pretty desirable card. Now, it's nothing special, but it is my first Pineda relic, so I suppose it's still special in that sense.

Posted by The Lost Collector at 7:46 AM