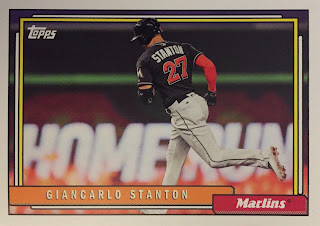 Friday was an interesting night.

It went from "Yanks starting to have discussions on Stanton" to "things are definitely heating up" to "this deal is going to get done" all in a matter of a few hours. Like a teenager checking his phone every ten seconds, I efreshed Twitter at a nauseating rate looking for the latest post by Jack Curry or Joel Sherman or Jon Heyman. Actual updates in between fan saltiness made for enjoyable scrolling. 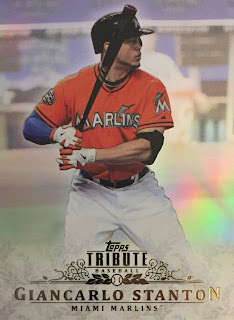 It was actually sort of fun. It was a quiet night at home. I had just spent the last hour quickly removing the last of the leaves from my patio - there were six bags full that I just hadn;t gotten around to clearing during the week - and I was doing it in the dark in anticipation of the morning snow. Once showered, I settled onto the couch with a Christmas movie, and refresh, refresh, refresh I did.

Side note: I do not understand the Twitter algorithm and how frequently I see Tweets out of order. It's maddening to see a new Tweet followed by one from 7 hours ago.

Anyhow, it looks like reigning MVP Giancarlo Stanton will be a Yankee, at least for the next three years, pending his physical. I guess it will become official today or tomorrow.

I know many fans, myself included, who are excited. I know several who aren't. Some feel it was an unnecessary move. Some feel it might upset the team's chemistry. Who knows at this point?

I think the deal was too good to pass up. It fell on to Brian Cashman's lap, and it was almost impossible to say no. I do wish somehow Jacoby Ellsbury was involved in the deal, but getting Stanton for Starlin Castro (who didn't fit into the team's long-term plans) and two low level prospects, is a deal you have to make ten times out of ten. And as many have pointed out, it might end up looking like a bargain compared to what Bryce Harper and Manny Machado end up receiving next off-season.

How it all works out between positions and batting order is going to be a challenge, but I'm sure Aaron Boone is up to the task of where to slot in a 59-HR power threat into the lineup.

I don't expect Stanton and Judge to both hit 50 again - at least not in the same season. But if they are perennial 40-HR guys, that's still a lot of power and offensive production. Add that with a hopefully healthy Greg Bird, Gary Sanchez, Didi Gregorius, and the #1 prospect in baseball...and it's an exciting time. 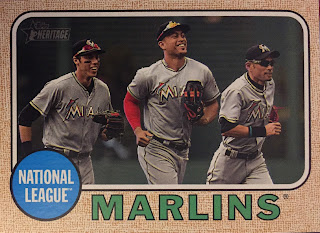 Quick shoutout to Starlin Castro. He had a very solid two years in NY and is still just 27 himself. I hope he finds some long-term success somewhere.

Card-wise, I look forward to adding some Stanton Yankees cards to my collection. As I mentioned on Twitter, there aren't many Marlins fans out there, so I have a decent start on owning a few Stanton cards. I believe I have 13 total, and I think Joey has another in his binder. I'm sure a Topps NOW is on the way this week as well. 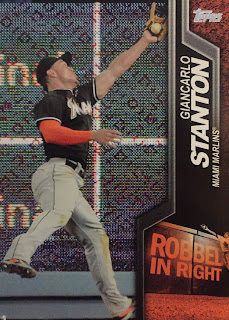 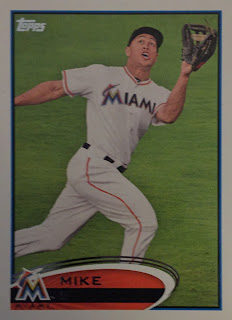 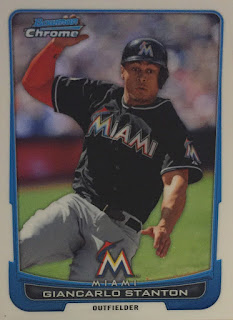 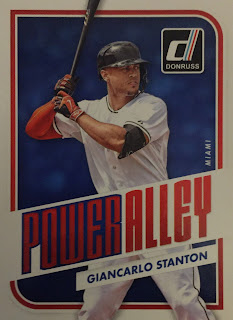 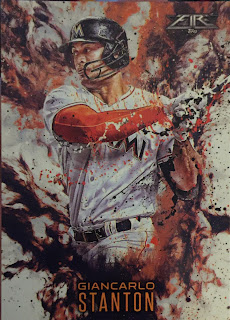 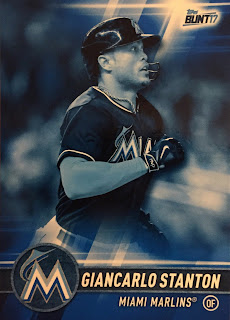 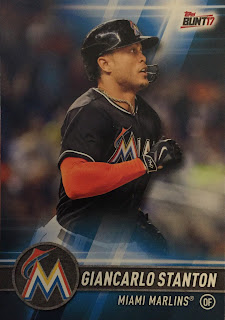 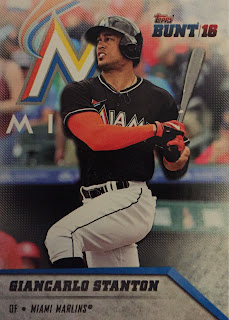 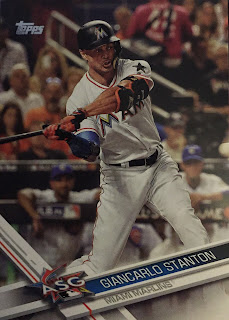 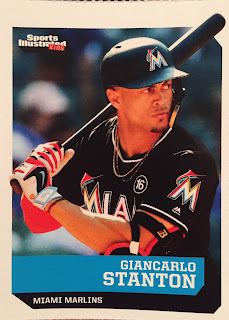 Posted by The Lost Collector at 9:50 AM