A Grande box of cards


I believe Chris at Nachos Grande was the first blogger I ever traded with. I think we swapped cards before I had a blog up and running.

While we don’t swap nearly as much (maybe every year or two), Chris was kind enough to shoot me a big box of Yankees he was ridding himself of. I look forward to returning the favor and sending him some Reds in return. 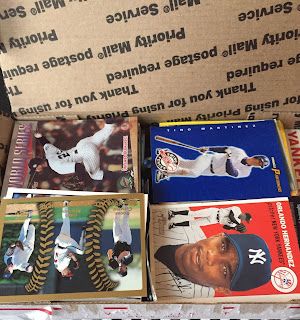 This box was particularly fun due to the amount of 90s and early 00s cards in it. While I do appreciate the newer stuff, seeing cards of El Duque and Scott Brosius that I didn’t have really makes my day. 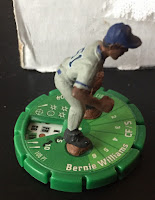 Sandwiched in between was this cool Bernie Williams figure from 2004 MLB SportClix game. I hadn’t heard of this game, but looks like it would be pretty cool, although games like this tend to not do very well. Damn kids and their damn video games. 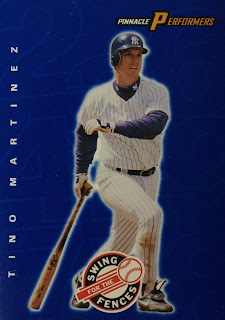 Of course, there are usually a few Tino cards in boxes like this. I always liked this Pinnacle Swing for the Fences promo card. The royal blue back always appealed to me. 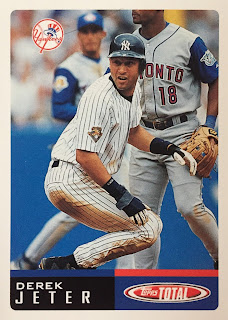 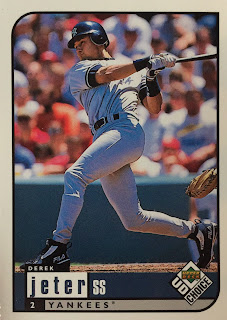 There were a couple of Jeters total. An upcoming project of mine is to finally sort, count, and catalogue my Jeter cards. 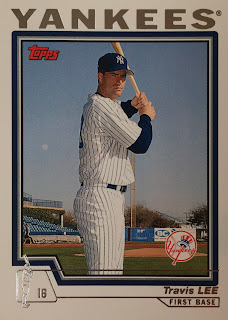 Speaking of not lasting too long, Travis Lee was a Yankee for a short time in 2004. I actually remember being thrilled when the Yankees signed him, but he got hurt after just 7 games. Interestingly, he went to Tampa Bay the next year and Tino came back to NY, so they were sort of (but not) traded for each other. 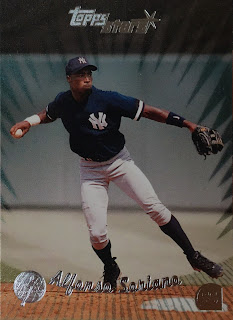 Topps Stars! 1997 Topps Stars is – to me – an all-time classic set. I never quite found any of the follow-ups to be as appealing, but I still enjoy seeing all years of the brand. What a great Alfonso Soriano prospect card from spring training. This one is from 2000 Topps Stars. 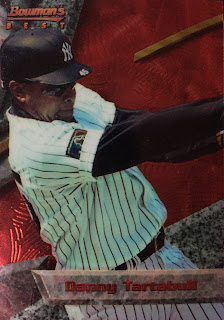 A truly classic Bowman’s Best design. I might have to send this to Tartabull for a TTM signature. 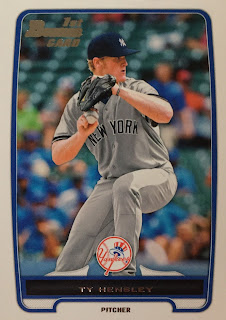 Ty! I really hope he makes it back to the mound this year. 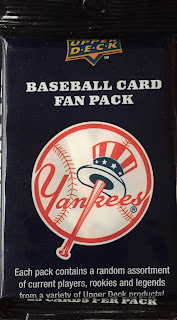 Chris included an unopened Upper Deck fan pack of Yankees – 25 cards from a few different Upper Deck sets. I wasn’t collecting at this time, but I’ve seen these a few different times. Still, does anyone know the story behind them? Where were they offered? 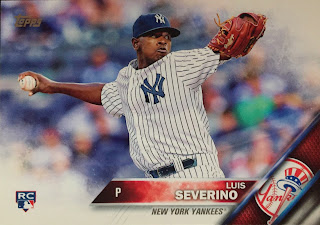 Lastly, a Topps RC of a 23-year-old who just finished 3rd in the Cy Young voting. People seem to think the Yankees don’t have much starting pitching, but between Severino, Sonny Gray, and Tanaka, that’s a pretty formidable front three.

Chris, thanks so much for the very generous box of cards. I’ll be sure to send Reds your war soon.
Posted by The Lost Collector at 8:46 AM