The new bleepin' manager of the Yankees 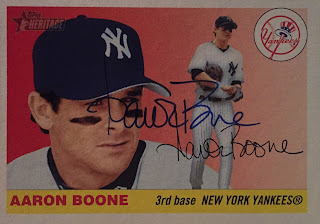 I was surprised that the Yankees chose Aaron Boone as their next manager. I was expecting Hensley Muelens due to his coaching experience.

Overall, I'm fine with the move. There wasn't a no-brainer candidate out there. I was a little surprised at the process though. I really figured that Brian Cashman had a plan in place once he let Girardi walk, but it really didn't seem like he did. Maybe he did at one point and then it didn't unfold as he expected. Or maybe he just went in with a completely open mind. 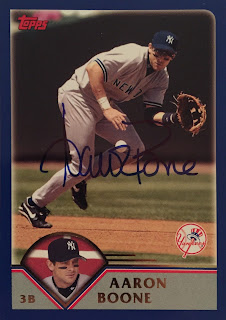 I think Boone will be fine. Many people think his 2003 HR gave him a leg up, which is laughable. But that's just how people on Twitter think sometimes. The managerial job has changed now, and you need a guy who is open to analytics and is a strong communicator. He is more a manager of people and processes, versus managing a game. It's interesting to see. It has changed almost as much as any position in the game.

Boone is walking into a good situation with a group of exciting young players; ones he must win-over and relate to, and also maximize their potential. I suspect his bench coach will have strong coaching experience, and I'm interested to see how he fills out his staff. We do know that Larry Rothschild will return as pitching coach, so I like the stability there.

I wish Aaron Boone the best of luck, and hope he is the right answer for a long, long time.

Posted by The Lost Collector at 8:35 AM