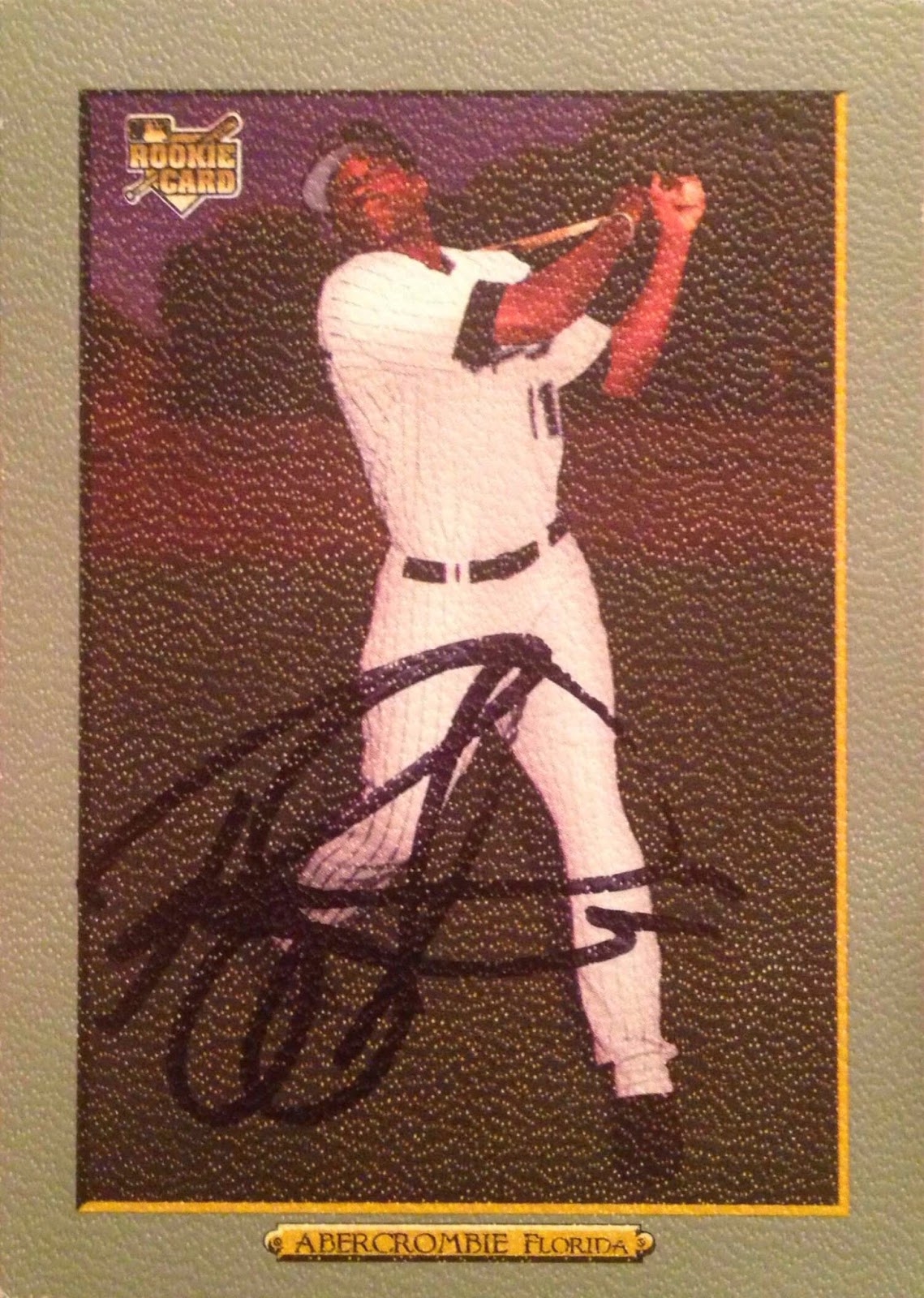 Remember Reggie Abercrombie? It's hard to forget a name like that. He played in 180 total games from 2006-08 with the Marlins and Astros. He's a lifetime .223 hitter and had nine HRs in his Major League career. While with Florida, he once hit a 486-foot homer. Wow! He bounced around the minors for a few more years, and has been playing independent ball the last few seasons. In fact, he hit 19 HRs with Winnipeg this season, so he's still hacking away. 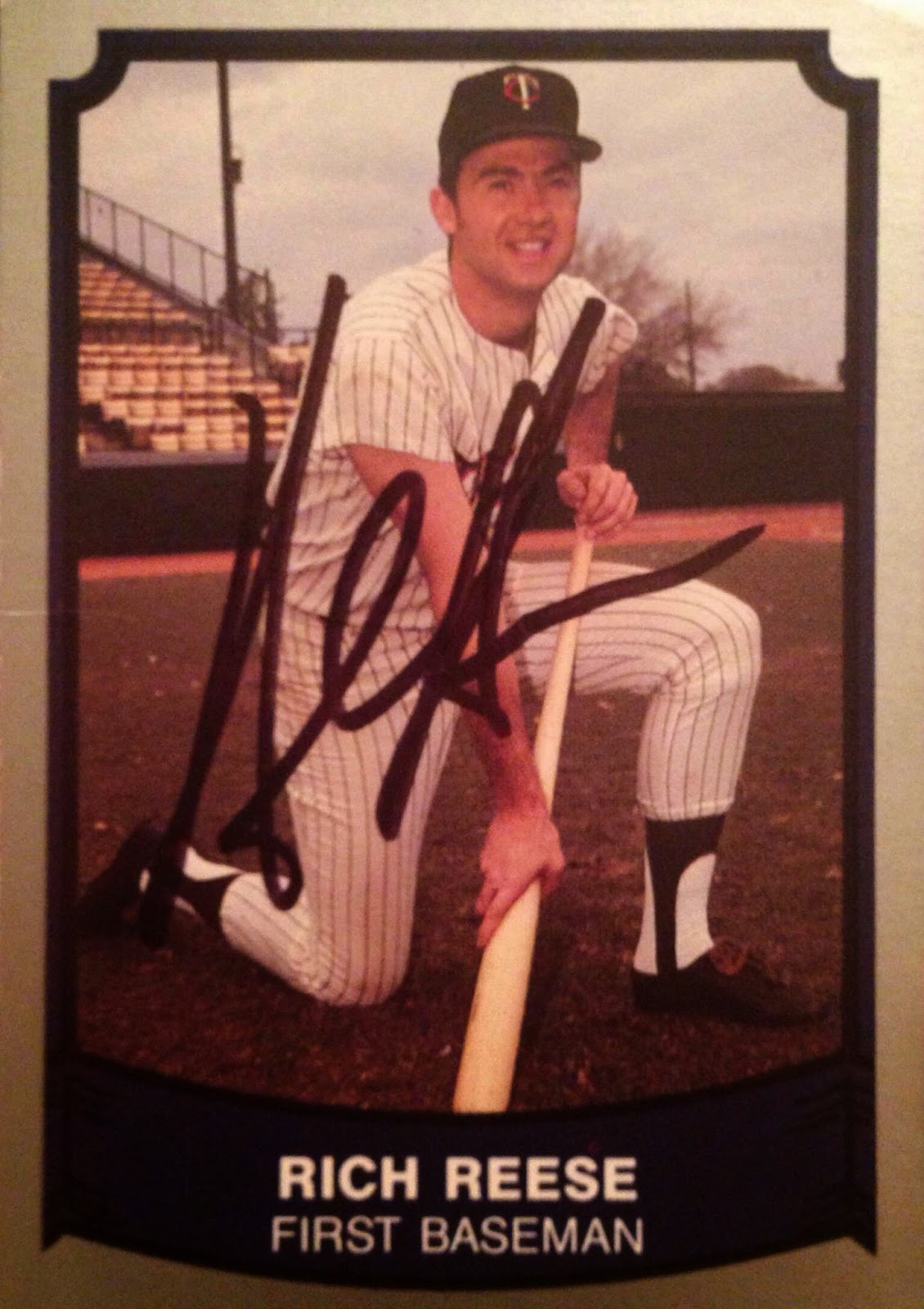 I had vaguely heard of Reese before getting this card. He played for the Twins from 1964-73 (and briefly for Detroit in '73), and was a lifetime .253 hitter with 52 HRs. He was a bit of a pinch-hit extraordinaire, and hit three pinch-hit grand slams over the course of his career. Post playing days, he actually worked in the distilled spirits industry, and served as CEO of Jim Beam Brands from 1997-2003. That's a pretty impressive gig! 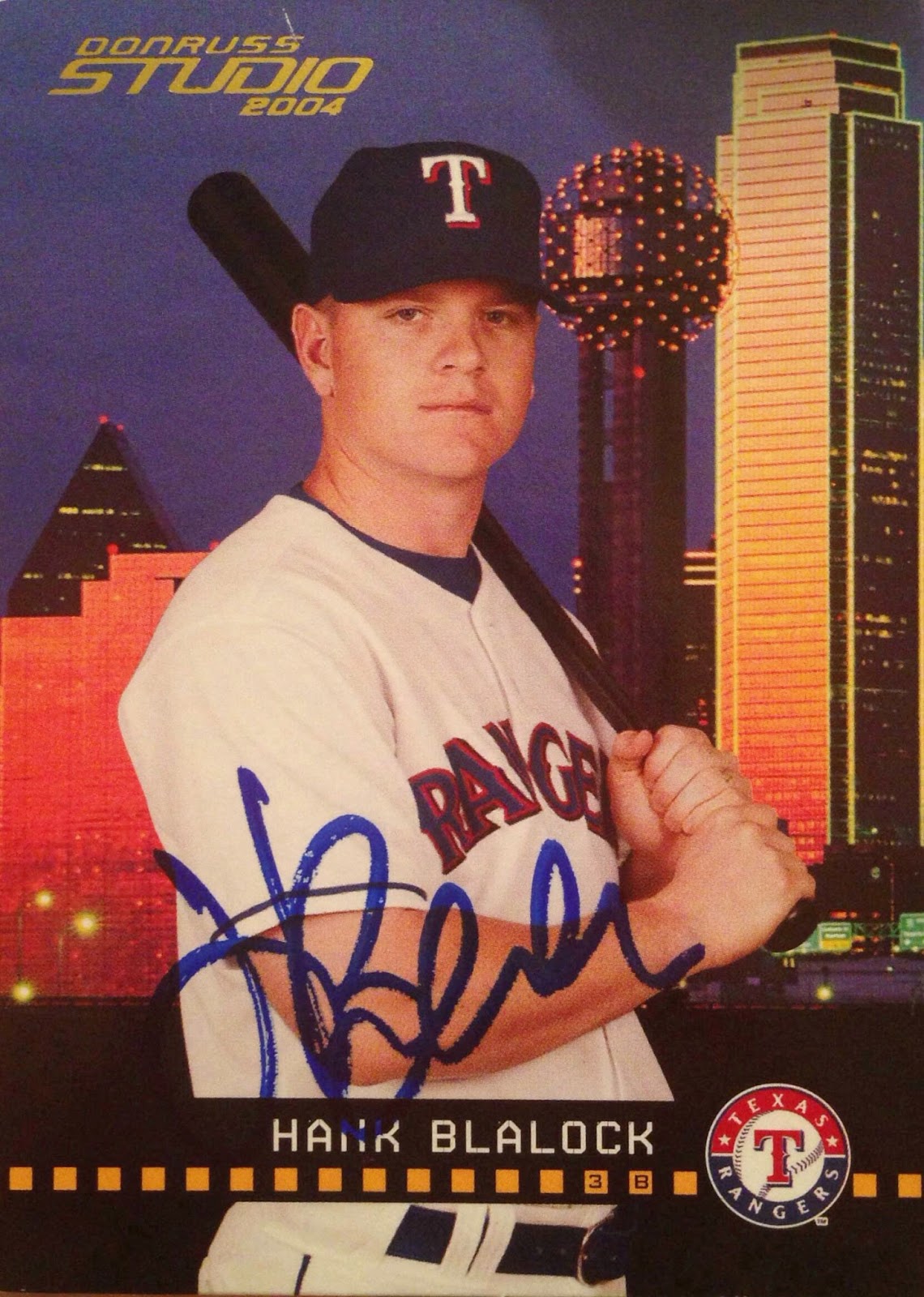 Hank Blalock, Napkin Doon's favorite player. I don't know why I tease Nap about loving Hank Blalock. I just do. I don't think he liked him at all, in fact. But he was actually a very promising player early in his career.  Hank, along with ARod and Mark Teixeira, were going to form one of the most potent line-ups for years to come. He was a two-time All-star at ages 22 and 23. In 2003, he hit one of the most memorable All-Star HRs in a long time, taking Eric Gange deep in the 8th inning and propelling the AL to a victory. He had one of the more awesome fan clubs in pro sports called "Hank's Homies." Come on, that's great. Sadly, when Hank should have been having his most productive years, his numbers quickly trailed off, mostly because of a series of injuries. He retired in 2010 at the age of 29 with a lifetime average of .269 and 153 HRs. 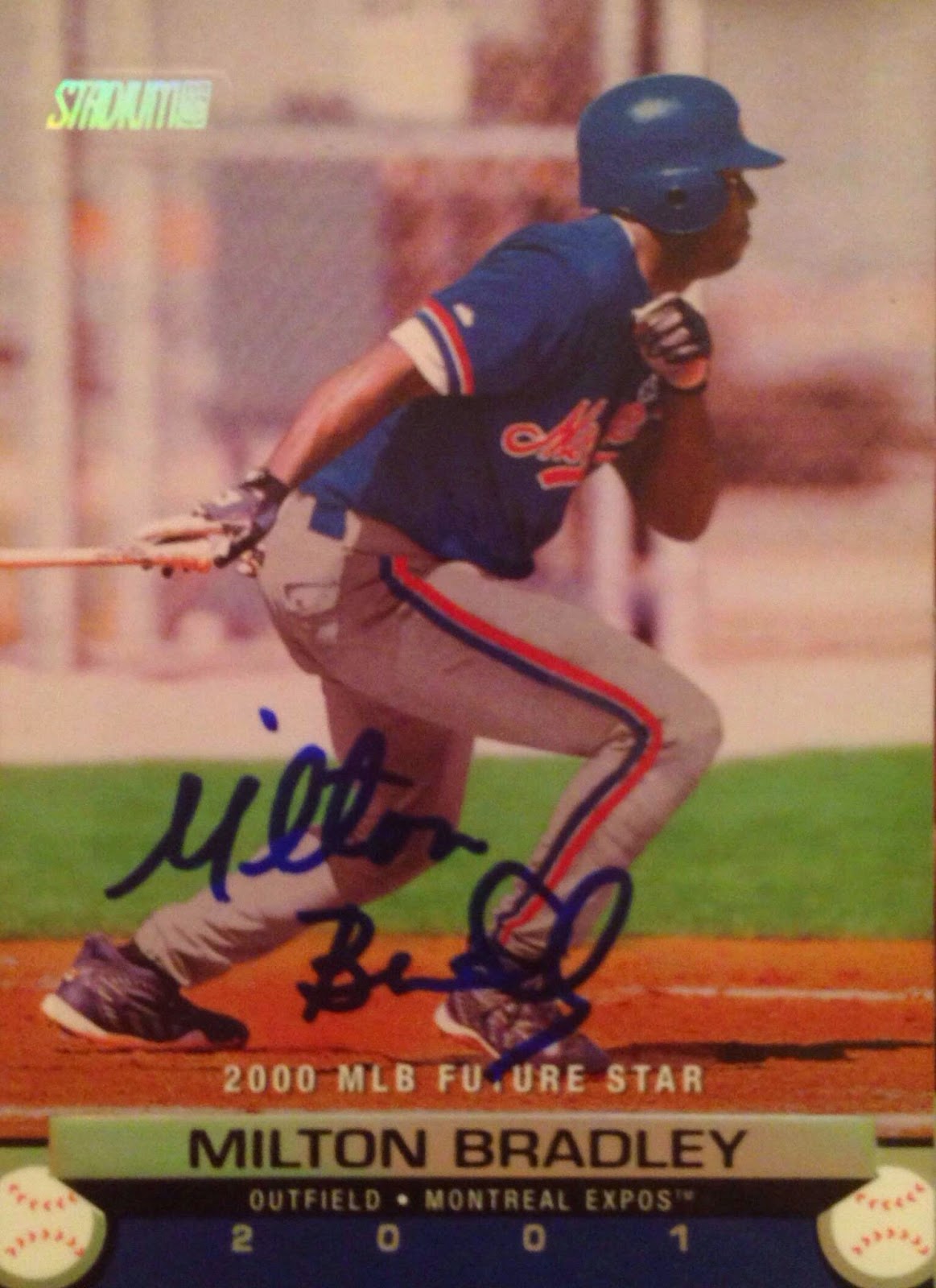 Milton Bradley. What to say about this guy? While an incredible talent, he also found himself in trouble more often than not. His temper was legendary. I don't want to focus on his various off-the-field (or on-the-field) instances, but between his personal issues and his injuries, he never lived up to his talent. He bounced around amongst 8 teams in 12 season, and had his best season in 2008, where he was named an AL All-Star while leading the league in OBP and OPS. 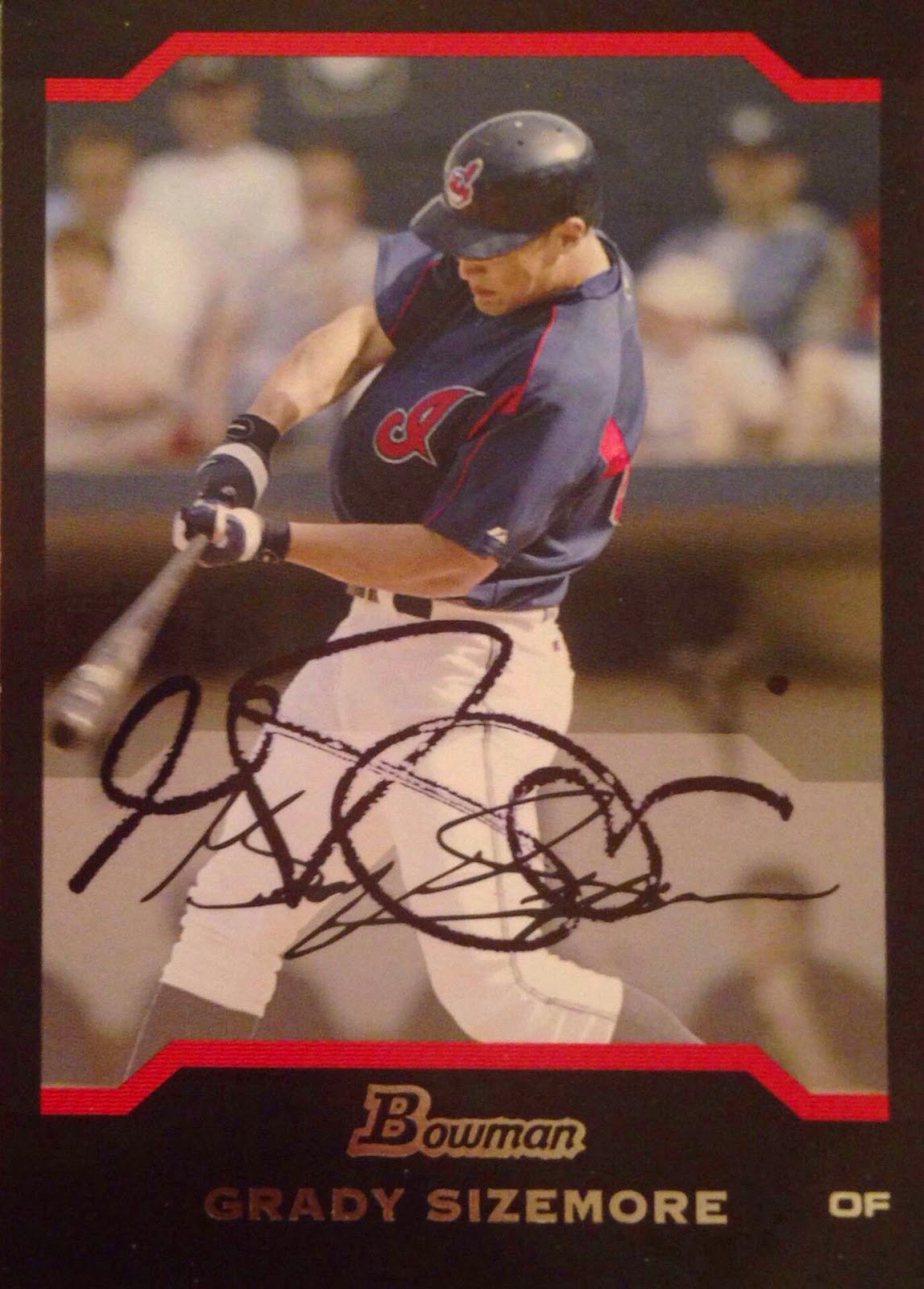 Grady! Grady's ladies, ohhh lala. I remember what a shrewd move the Red Sox made picking him up this season. He hit about .900 in spring training and looked ready to return to All-Star form. The he hit .216. He's with Philly now, and faring a bit better. He was a 3-time all star from 2006-08, and truly was a bright spot for the Indians. He was a five-tool talent, but sadly his career was derailed by knee and back injuries. Props to Grady for working his butt off and still playing. It would have been easy to hang them up after losing so much time to injury.
Posted by The Lost Collector at 6:00 PM