I have so many scans to clean out of my folder. It needs to happen. I don't even know when these were from, but hopefully I am forgiven.

Zippy Zappy makes some cool custom cards that he ends up getting signed. Like, pretyy much all of them. He also gives them to players, friends, and family members. It's a super cool thing he does, and I know the players appreciate it.

He was nice enough to send me one for my Ty Hensley collection, as well as spare one of LUUUUIIIISSSSSSS!

The scans came out dark for some reason, but they are a nice gray to match the SI Yankees uniforms. You better believe that I added the Hensley to my PC and am counting it as another unique card. 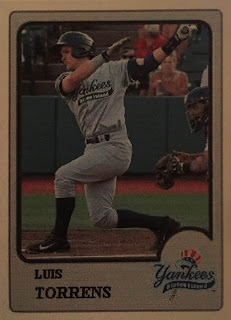 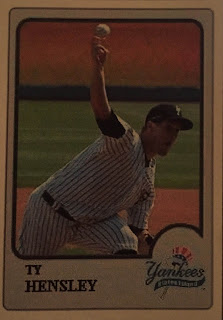 ZZ also sent me a Fred Lewis certified Bowman auto. Lewis seemed like a good relief prospect, but was unfortunately released this past April after a couple of games. 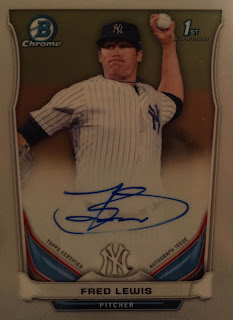 Kenny, thanks as always for these cards you sent me like 6 months ago.