So there were some fireworks in the Yankees/Tigers game yesterday. If your team was involved, it's also hard to have a rational conversation about it. Fans defend their own teams, and no matter what, the other team was at fault. Did I lose respect for Miguel Cabrera and Brad Ausmus? You bet. Did Tigers fans lose respect for Austin Romine and Gary Sanchez? Yep. But who cares? My life will go on.

Luckily, these on-the-field differences don't interfere with card blogger agendas, which is to acquire more cards. I've traded with fans of nearly every team, and I'd like to think I've maintained good relationships with most of them. Some of my best trading pals are Red Sox fans, after all.

A few weeks back, I was lucky enough to win a contest over at Paul's TTM Blog. Paul is, you guessed it, a Tigers fan. I owe Paul a return package, and I guess I have a bit more incentive now to empty my house of those "classless" Tigers (sarcasm font).

I'll start with the non-cards - a Jeter yo-yo and a mini jersey. Interested to see where these might have come from. I actually gave the yo-yo to my son and the jersey to my daughter to play with. They've both enjoyed them! 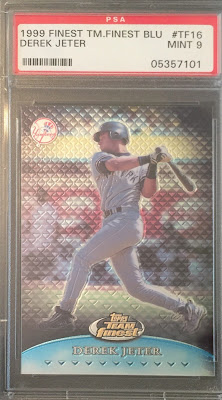 I don't own many graded cards, but this was an unexpectedly cool one to receive - a Jeter 1999 Finest Blue PSA Mint 9. Very cool! 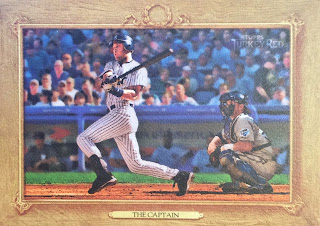 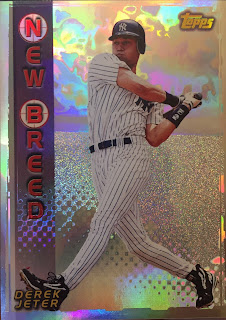 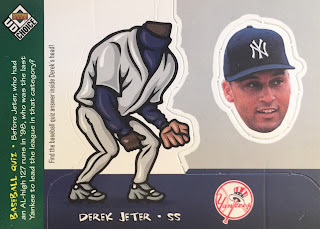 There were a bunch of Jeters, and these were three that jumped out at me. 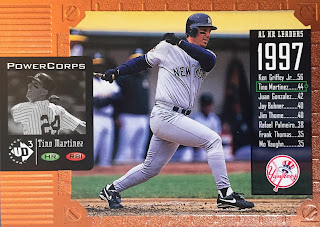 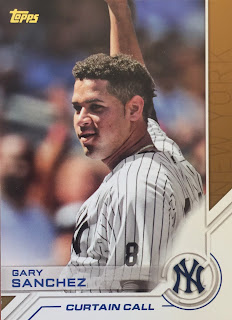 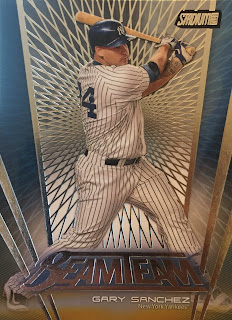 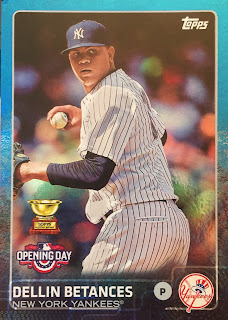 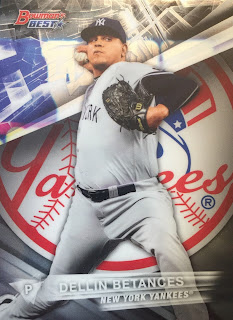 Paul dominated my PC guys as well, including a Tino I didn't have, a couple of Gary Sanchez cards that Paul would likely be shredding in half if he hadn't sent them, and some Dellin Betances cards. 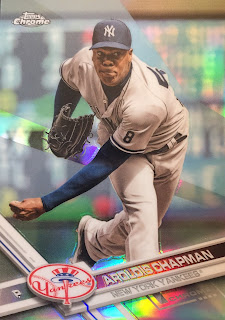 I already showed this pretty Chrome Chapman, but here it is again. 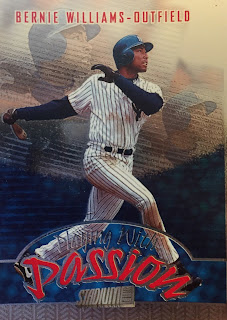 I LOVED the Stadium Club Playing with Passion inserts. The Tino is one of my favorite cards, and now I have the Bernie. 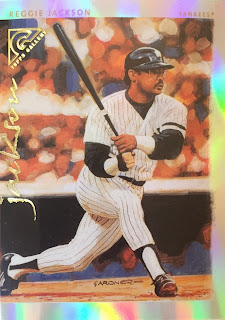 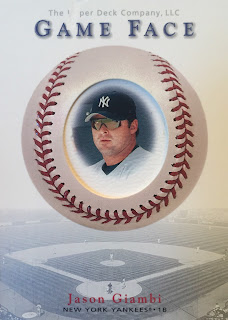 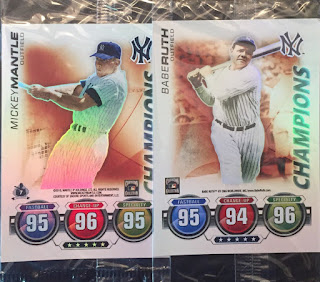 And a couple of other fun cards. There were plenty more, but a man can only scan so much.

Paul, thanks for the cards, and for being a cool dude despite following a CLASSLESS (again, sarcasm font) team.
Posted by The Lost Collector at 2:02 PM