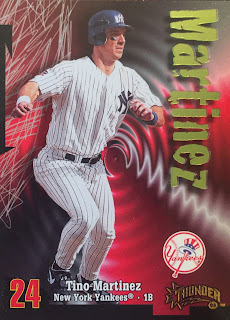 Any player collector can relate to this.

Recently, I purchased a lot of 212 Tino Martinez cards, knowing full well I had nearly every single one. However, this was a calculated purchase, as:

All in all, I needed 11 cards (just over 5% of the lot), which I don’t think is a particularly bad percentage. 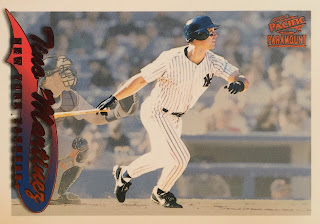 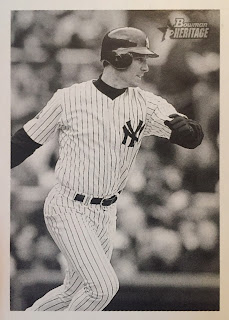 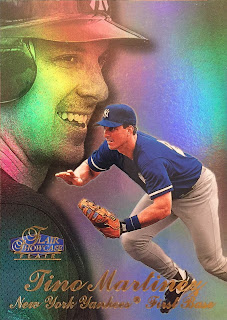 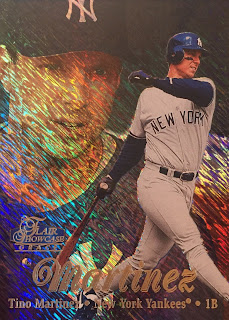 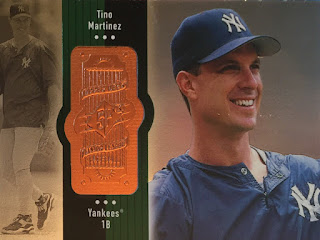 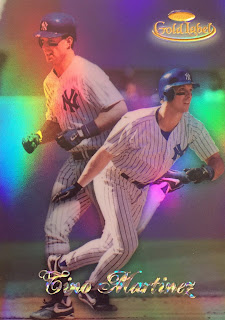 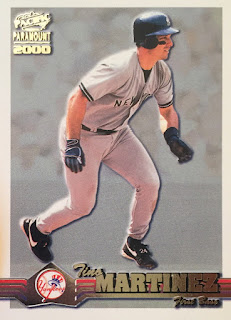 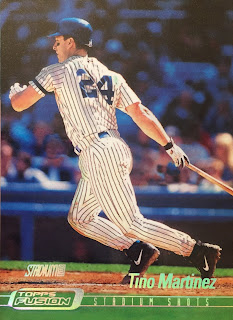 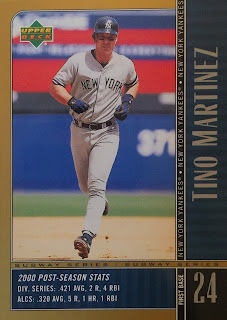 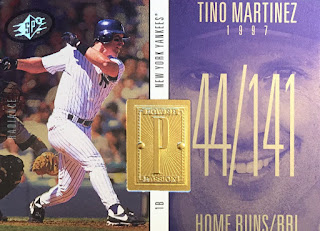 Could I have gotten the cards I needed for less than $6? Maybe. But probably not all together in one place. So it was basically a COMC order, with about 200 Tino dupes thrown in. Who knows, maybe I’ll bundle them in a lot together and make that money back, as I don’t really need 15 1997 Zenith cards. 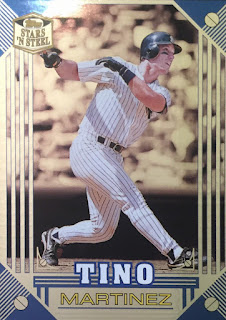 Some of the dupes were cool too, and ones I don’t come across frequently. I think I only had one of this 1998 Topps Stars N Steel in my collection, so that’s a productive dupe. 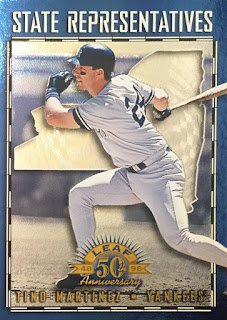 As is this Leaf State Representatives insert.

Overall, a fun and useful Tino purchase. I’m not sure I would have pulled the trigger had I not seen the images from the listing, but I think it worked out well.

And if anyone needs some Tino’s, let me know. I have a lot of dupes.

And I already found a use for four of the dupes – coasters! 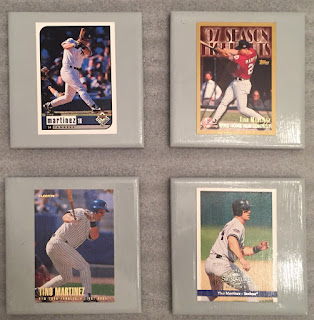 Posted by The Lost Collector at 8:31 AM