SuperTraders #23: A kinky package from Cards on Cards 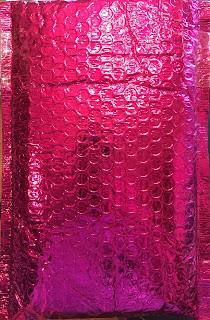 This is the latest package that Kerry from Card on Cards sent me. When it arrived, my wife thought I must’ve gotten her something kinky for Christmas. Sorry dear, it’s baseball cards from Oregon.

Kerry mentioned to me that this envelope has made the rounds from a few bloggers, so I’ll have to keep up the tradition and use it in an upcoming card package. Hmmm, who will it be?

There were two jam-packed bags of Yankees. I was excited that there were some ’16 Archives, as I didn’t get much of those and they really haven’t found their way into trade packages yet. I really enjoyed this year’s checklist and the chosen designs. The one thing I found weird was 1991 – with “New York” being added to “Yankees”, forcing the name awkwardly above the light blue ribbon. Kind of sloppy. However, the rest of the ’91 design looks cool. I like the gray a lot. 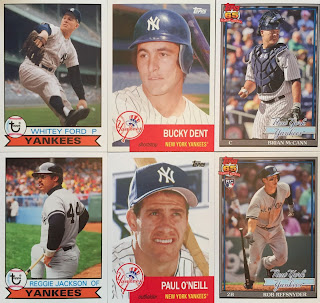 This Jeter is one that I’m not familiar with it. It’s from ’04 SPx. I need to count how many Jeter cards I have where he’s blowing a bubble. 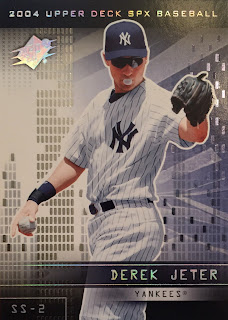 I didn’t have this Jeter either, which is from ’06 Bazooka. The gold-bordered versions are much thicker than the base cards. This is a bit of an underrated design. It’s simple. No bells and whistles, plenty of space for a full photo, yet you still get the player name and team. 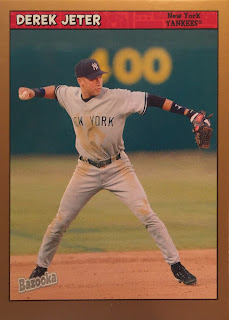 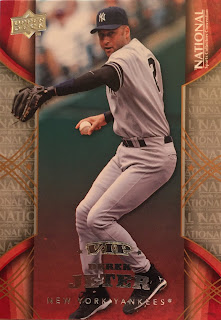 This Whitey Ford Fleer Hardball is numbered to 1000. Doesanyone remember when Whitey got mad at my TTM request and signed a card “W.Ford” to stick it to me? 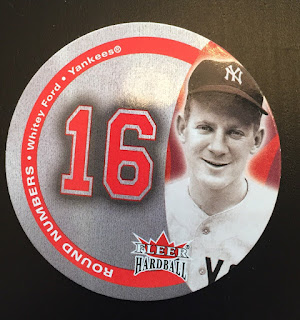 Knobby! Flair cards were always nice, although they got a little consuming when they starting doing variations and different levels. But the card itself is really attractive and shiny. Bowman has used some similar technology in more recent releases. 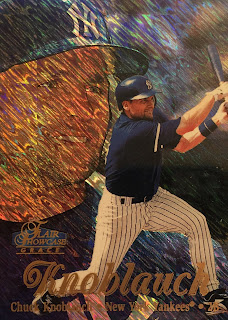 A IIID O’Neill! Neat card. I don’t have much recollection of this set. It's kind of like those modern-day Opening Day inserts that were all trippy to look at. 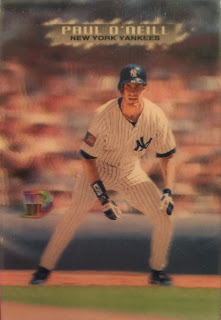 I think Fleer InScribed is easily overlooked. The cards were nice though. They felt and looked classy. I’d love to get one autographed. 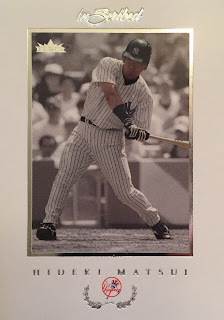 Lastly, there was a bunch of these Sporting News Conlon cards from ’88. There were some great photos! I don’t recall having any of these cards in my collection. 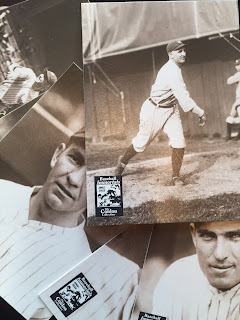 Kerry, you rock. Thanks!
Posted by The Lost Collector at 11:29 AM