Here are the next three HOFers I'm adding to my son's binder. That brings me to 12 so far, and I have a stack more that I'm waiting to scan and post about. 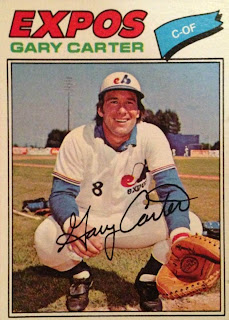 First up, we'll start with a 1977 Topps Gary Carter. Gary has some of the sweetest Topps cards ever. This one is a personal favorite. 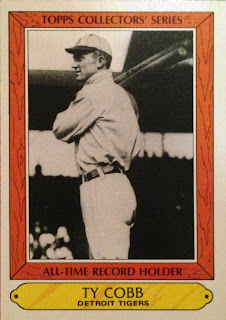 Next up, two Topps cards from the '80s. The first is Ty Cobb. Now, I'm trying at all costs not to include reprints, but there is really no other solution for Cobb. Given that this is a 1985, I don't feel like it's a 2011 Topps Lineage or anything. 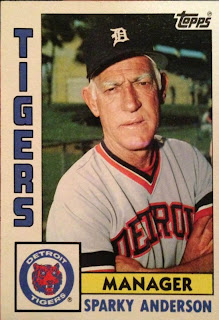 The first manager card to enter the binder is this 1984 Topps Sparky Anderson. I don't think there will be too many managerial cards, but I won't shy away from them. I won't include a managerial card for a player that was a HOF player, such as Frank Robinson, but in the instance of a guy like Sparky, it makes sense.
Posted by The Lost Collector at 9:30 AM