I hope all you Brady Bunch fans got my "George Glass" reference. 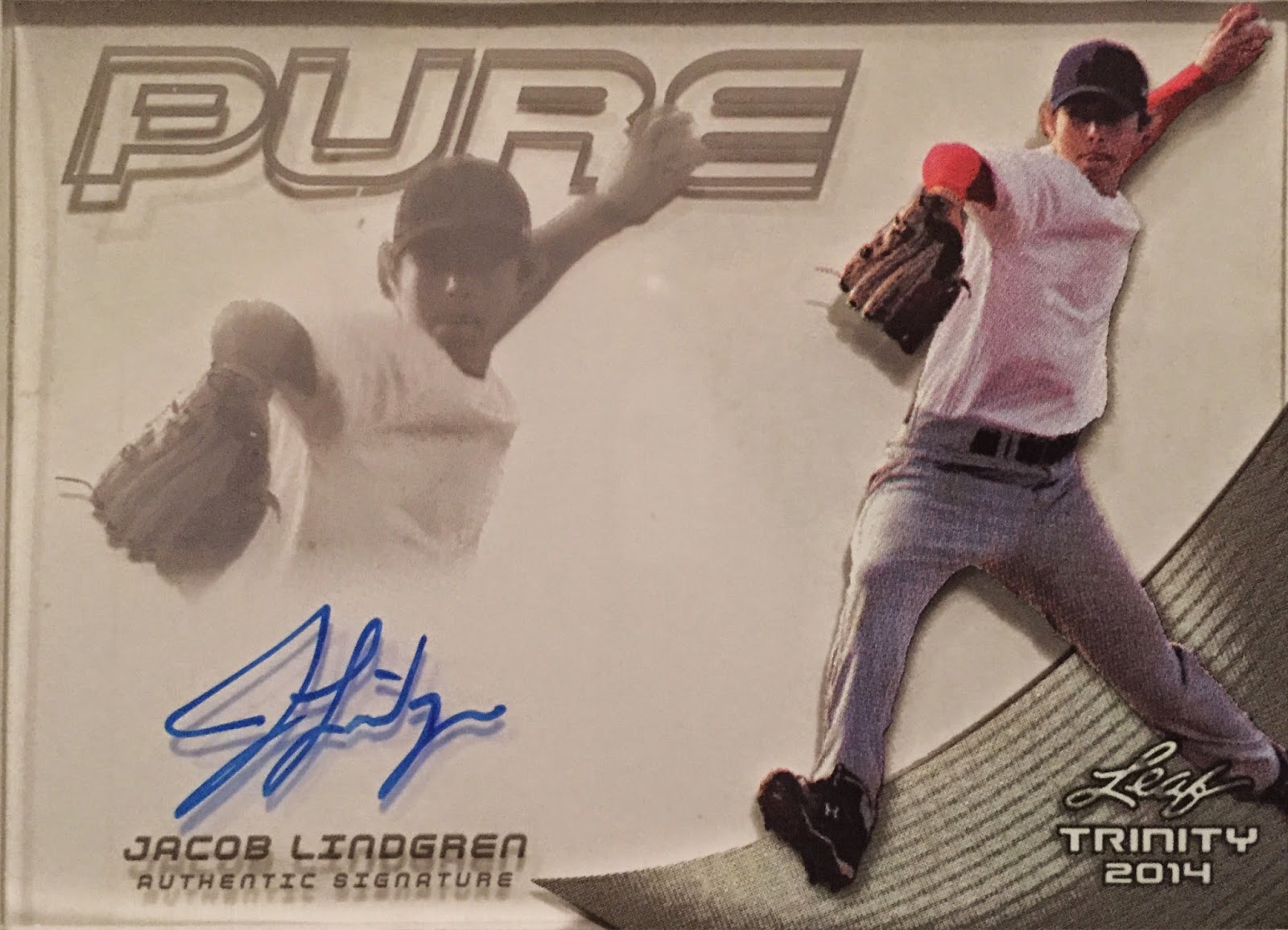 This post has nothing to do with George, buy everything to do with Glass. Leaf Trinity has once again put out their Pure Glass cards in 2014 Trinity. I know very little about the set, but what I do know is that these cards are sweet.

I don't believe they are real glass, but rather a thick, acetate card that gives the illusion of glass. Does anyone know for sure? What was cool is that the card was FREEZING cold from being in mailbox, so it felt a lot like glass when I pulled it out of the envelope. I assume real glass would be too risky for Leaf. What if a card shattered in the pack, and then cut the collector as he opened it? That wouldn't go well.

Featured on this Pure card is an auto of Yankees prospect Jacob Lindgren. He'll have a chance to win a spot in the Yankees pen out of spring training, although with Andrew Miller, Justin Wilson, and Chasen Shreve, he might have to wait to get his turn. However, he should be in the show at some point in 2015. The Yankees didn't take a reliever with their first pick in 2014 to let him sit in the minors. If they were in it last year, he probably would have been called up.

That's my second Lindgren auto. I'm still waiting for a Bowman, which I'll grab sometime soon.
Posted by The Lost Collector at 8:00 AM