Now that I got your attention the cheap way, you might as well keep reading and check out some cards from my buddy Weston at Fantastic Catch. I really enjoy trading with Weston, as he seems like a Bowman guy and always has Yanks prospects for me. 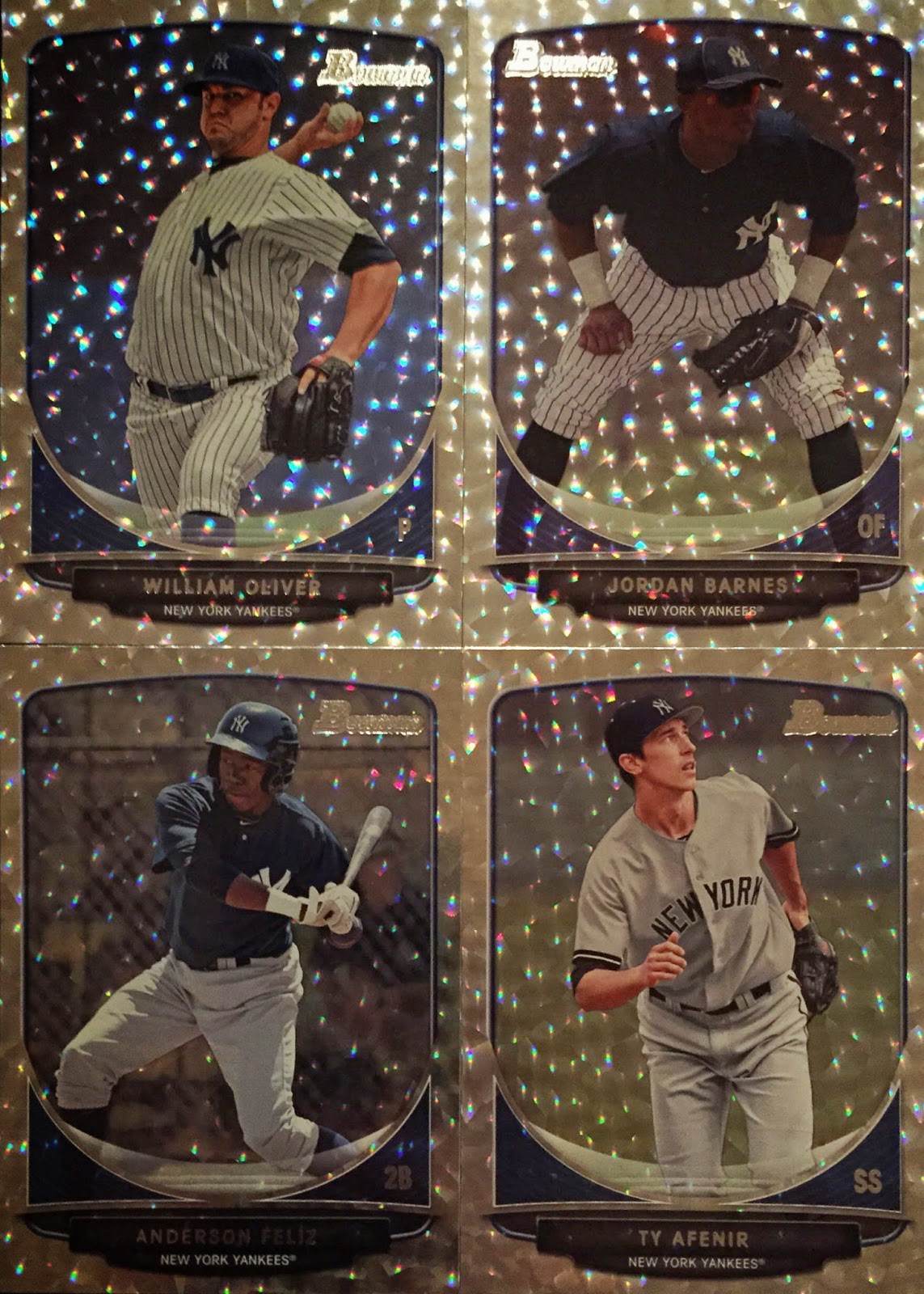 Weston sent me two sweet autos. Phil Wetherell is from 2014 Topps Heritage Minors, a set in which I own zero cards, which is awful for a guy who likes to collect prospects. Phil pitched well in 2014 and made it to AA. It's not unreasonable to think he may make his debut in the Yanks' bullpen in 2015. 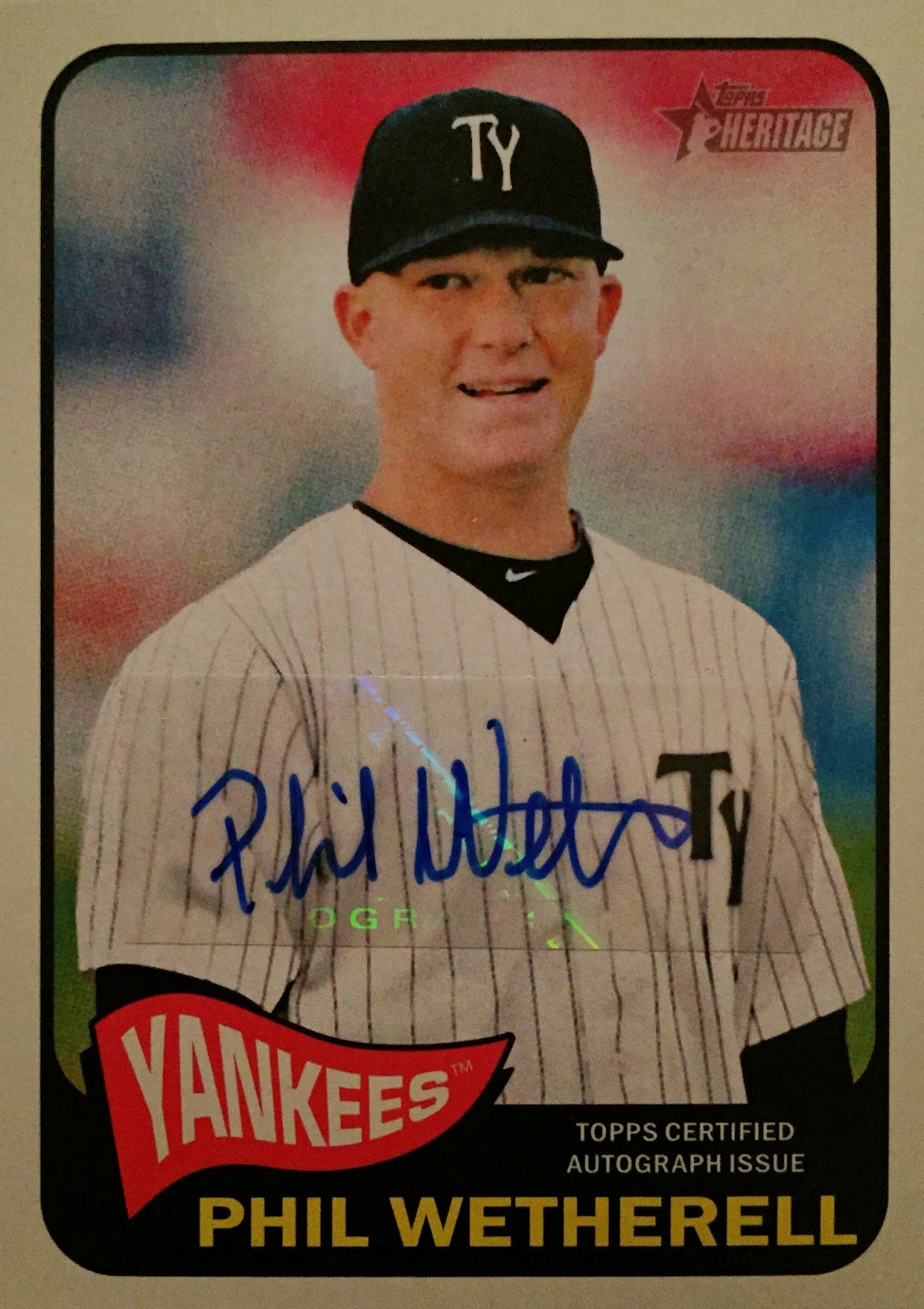 The other auto was of Ivan Nova (edit: As Zippy Zappy pointed out, this is Hector Noesi. Nice attention to detail by me)! He could be a big boost to the rotation when he returns from TJ surgery in May or June. 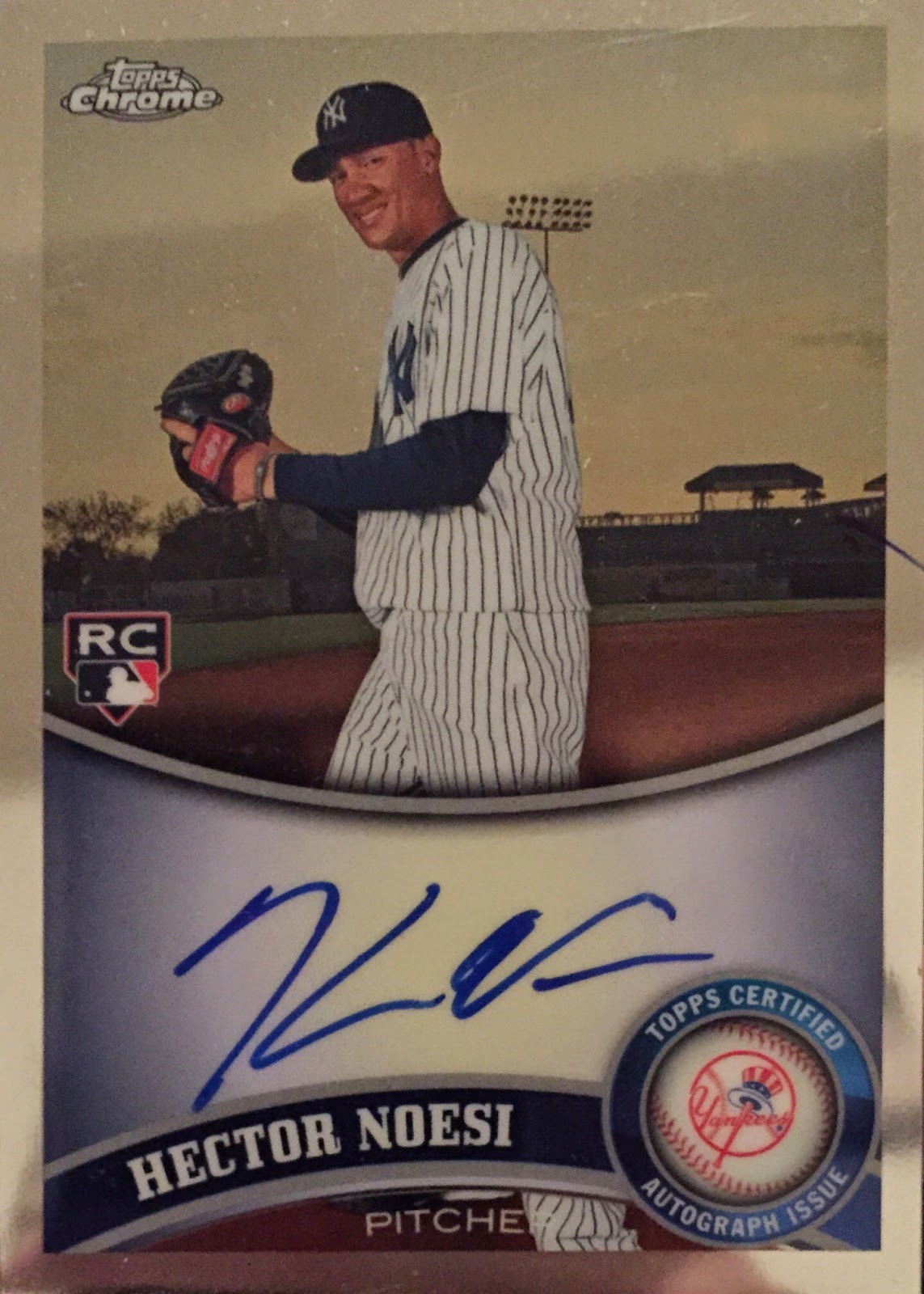 Here is a sweet Gary Sanchez Top Prospects card from this year's Bowman Platinum. hard to tell, but it's diecut. 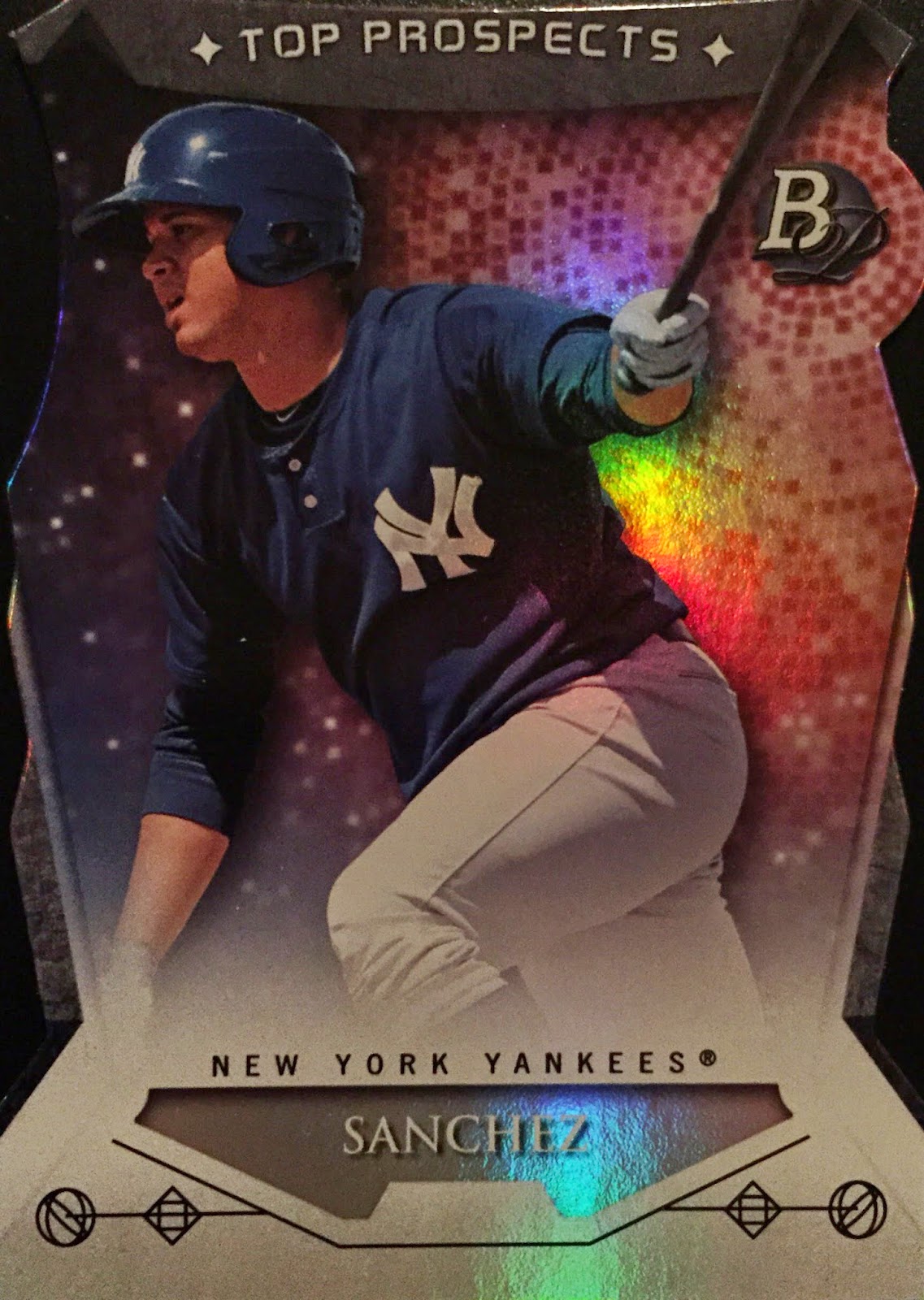 Donruss Estrellas had some cool cards! They aren't very appreciated, but I've gotten many random cards from these sets that I like a lot. 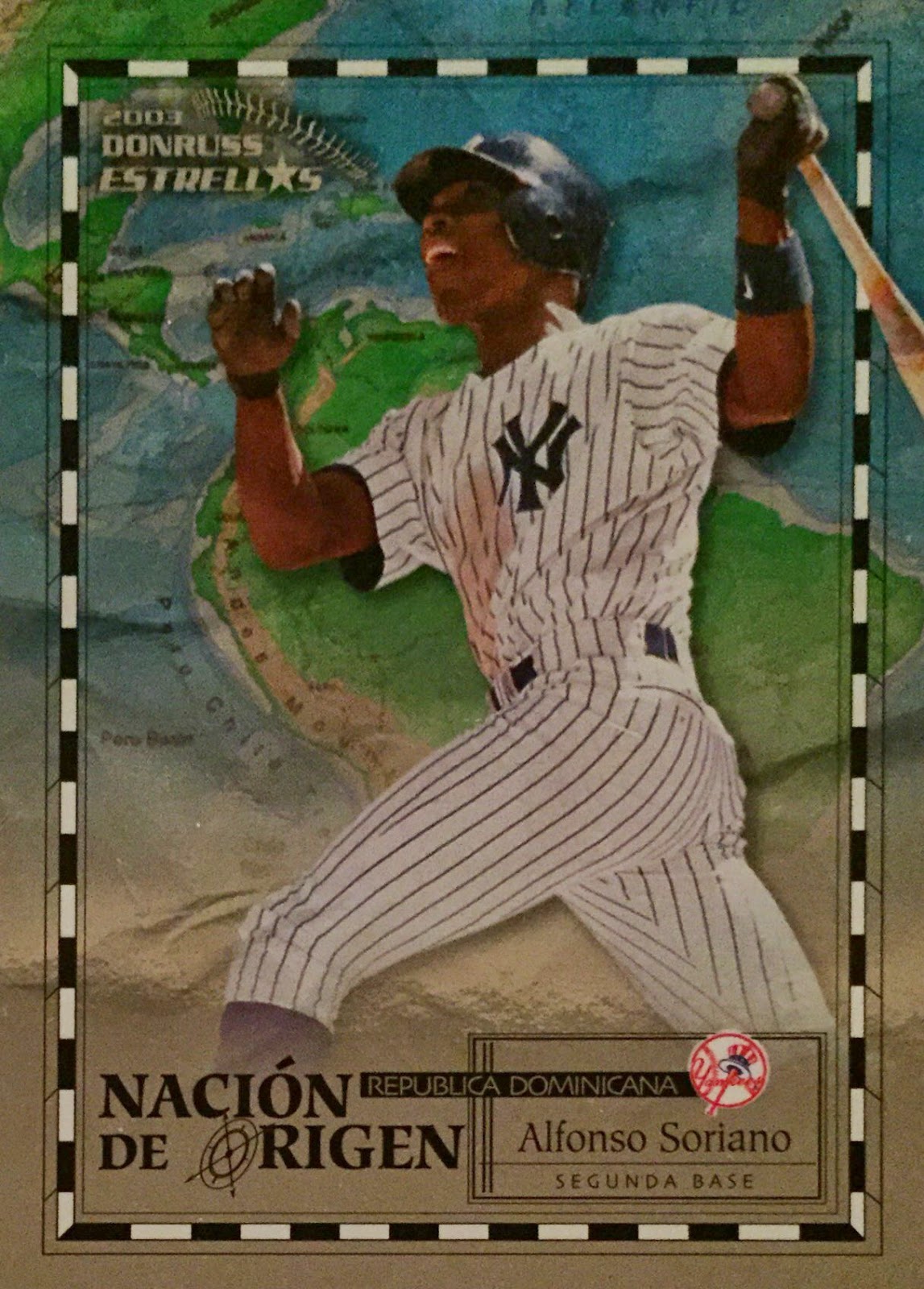 Lastly, two Tinos! I really need to figure out if I'm going to include Yankee Stadium Legacy as different cards in my Tino PC. On one hand, many of them look the same, but on the other, they have different numbers. That could mean they are different cards, right? I'm just a bit torn. 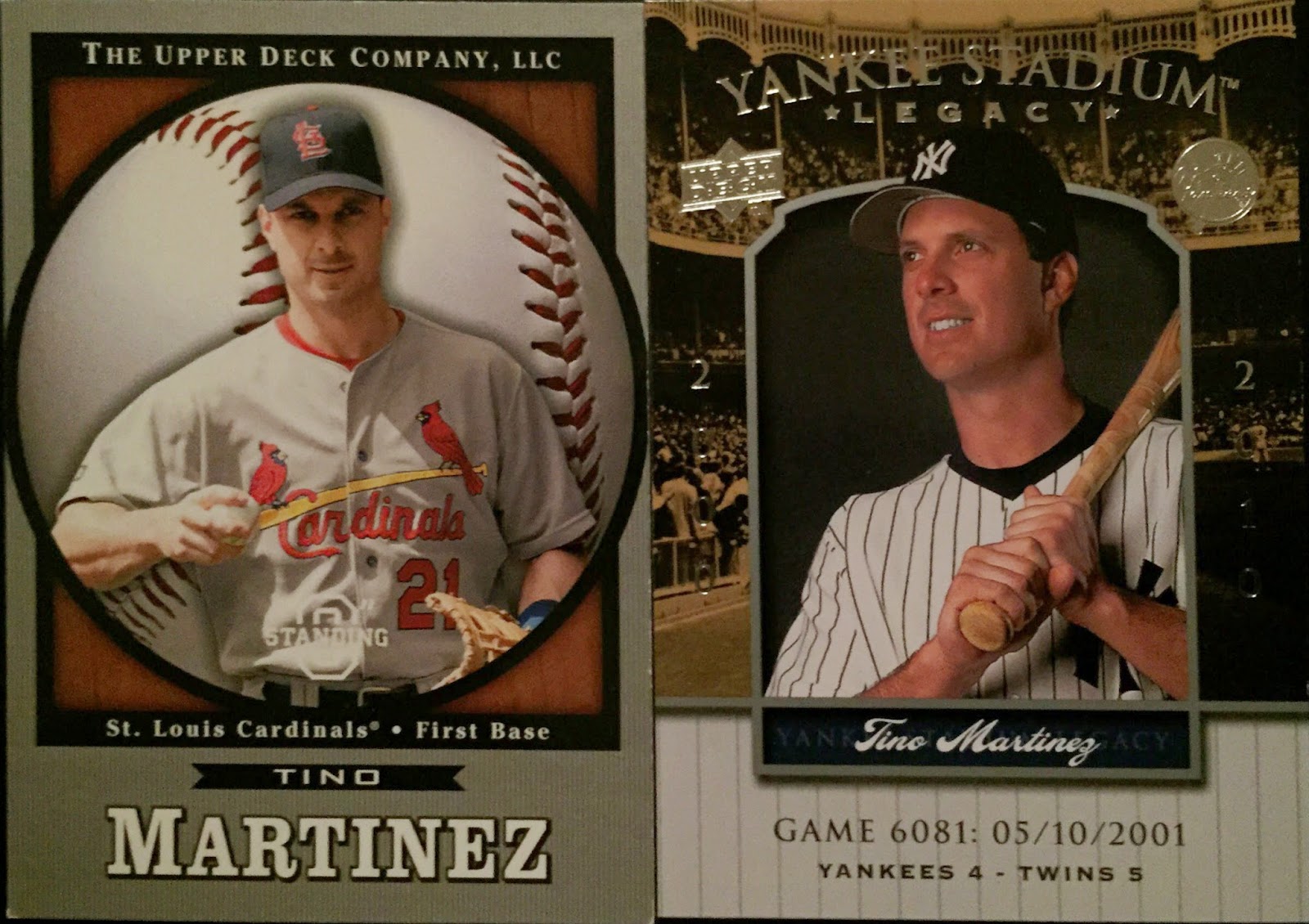 Weston, thanks for the good stuff!