The rest of the Bru-haha

A few days ago I showed off a Tino Martinez A&G mini that Bru sent in a "fancy little holder."
That card was actually a throw-in within a TCDB trade we made. TCDB is a great place to trade if you're into that sort of thing.
Bru is always down to take Astros off my hand, and thank god. That team really is hated. The Yanks just took two of the three from them, which I appreciate. But losing the last game, one pitched by Gerrit Cole, and letting that little shell of himself turd Altuve beat them with a homer leaves a sour taste despite winning the series.
The two actual cards in the trade were those two unlicensed beauties. The Cole is very cool and colorful, while the Torres has a nice, embossed glove in the background. His glove work has actually been very good the last few weeks at short. Now if he could remember how to hit for power. 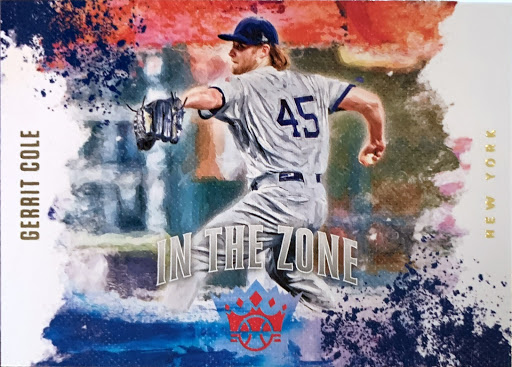 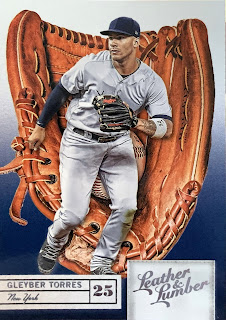 Now for a few of the extras. I almost missed that this is an Artist's Proof. I can effectively say I've never opened a pack of Gallery, so I always appreciate when I get some in a trade. 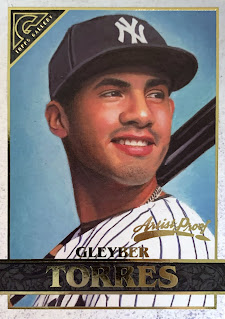 Giancarlo Stanton is the hottest hitter on the planet right now, which means I refuse to check Twitter because I know the Tweet that "he's experiencing soreness" or "he's being sent for an MRI" is coming. It's sad, but you have to know it's coming. I am a big fan of his, I hate the unnecessary expectations, and he seems like a good dude. I'd love for him to stay on the field and have a massive season. 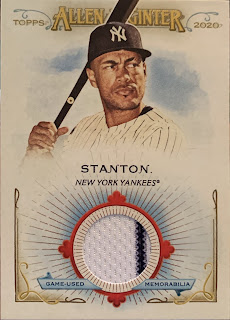 I do appreciate this relic, with a nice pinstripe.
Topps Stickers have been pretty nice lately. I have no desire to have an album and put the stickers inside. But treating them as cards, they are nice looking, albeit flimsy. 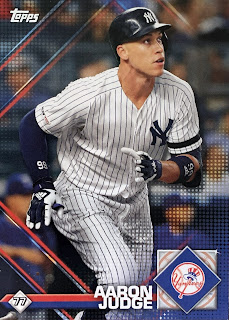 Lastly, I'm not quite sure where this comes from, and my Google search is coming too empty, but it looks like a custom set from GOAT cards using the Rookies app card templates. The Ruth artwork is pretty cool, although I hope used with permission. The painting is a neat balance of realism with almost of hint of cartoon in Ruth's face. The card is glossy as well, which was never an option when I previously used the Rookies app. Perhaps this person printed these himself. 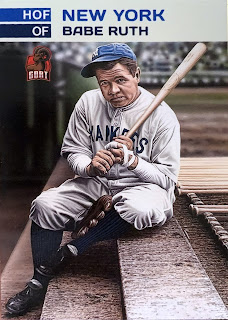 Bru also threw in some nice Heritage cards from the last two years.
Good trade. I've already got a stack of Astros building up for you, Bru.
Posted by The Lost Collector at 8:43 AM