I recently won a lot of five complete team sets on Listia. It had free shipping to boot. Hopefully this gets my butt into gear in terms of putting together as many Topps Yankees team sets that I can, at least from the mid ‘70s to present day. No excuse not to.


The king of paper products, Napkin Doon, sent me a great package of cards the other day. He actually sent me some cards I would be interested in, instead of moldy, gum-stained cards. As has been his thing as of late, Nap also included some packs of unopened, high-end products. And by that I mean 1990 Topps, 1990 Donruss, and 1990 Topps Big.

Let’s start with the wax. Literally, wax. I was excited at the prospect of adding some HOFers to my son’s binder. And as luck would have, the first card in the 1990 Topps pack, complete with a piece of gum stuck on it, was Andre Dawson. Sigh. This would have been perfect for the binder, but of course it has to be stained. Maybe I’ll still add it, as it’s cool to show was happened to cards when gum was included. 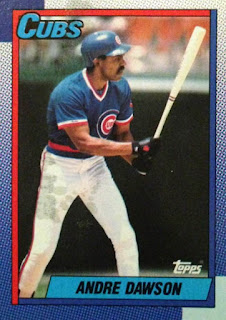 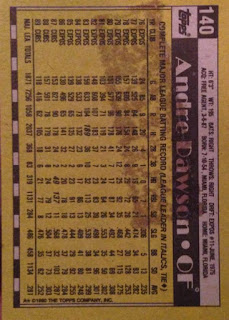 The next card was pretty cool too. A Sammy Sosa rookie. We know he was a big roid head, but still a pretty cool card to have. 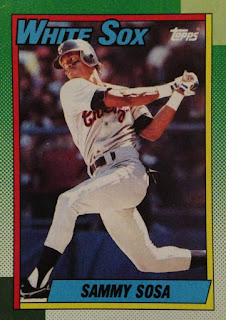 I’ll also show this Alan Trammel. I’m showing Trammel on his back on purpose, as that’s always how I’ll view him now after Donnie Baseball tackled him. 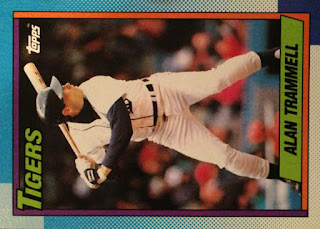 The best cards of the next two packs are below. Topps Big are extra fun because they are so easy to store. The Schmidt card is cool. I actually didn’t know he retired in ’89…I thought he was around until like ’93 or something. Good to know. 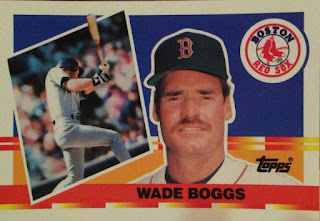 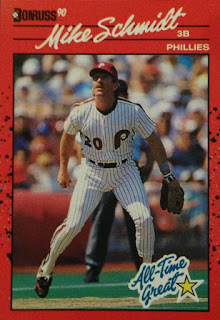 Nap also sent a nice stack of Yanks. The highlight is this sweet dual relic/auto of Eduardo Nunez. 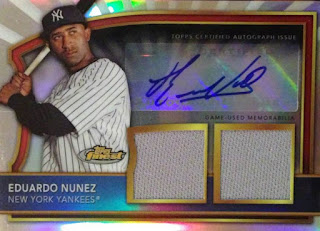 He also included two lovely vintage Yanks of Jim Bouton and Jack Cullen. They are both in really, really good condition. 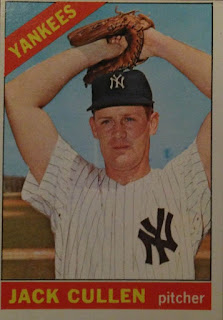 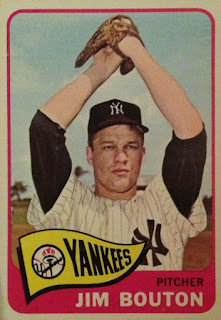 Thanks, Nap. Enjoy the Hank Blalock refractor I sent in return. I wish I was joking.
nap
Posted by The Lost Collector at 8:30 AM 1 comment:

Bobby Richardson sometimes gets overlooked as a TTM signer. He isn't quite legendary like Bobby Doerr or Virgil Trucks was. However, he's always been a very generous signer, and quick to return cards sent his way. 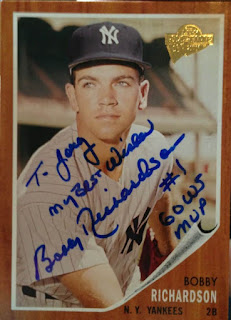 Although not a HOFer, I figured he'd be a great addition to Joey's collection, and he ever personalized the card for him. He also sent a bookmark, and a short written piece on Mickey Mantle.
Posted by The Lost Collector at 8:30 AM 1 comment:

Coins on cards from Cards on Cards


I recently won two Gary Sheffield Yankee cards on Listia that were auctioned off by Kerry over at Cards on Cards. I won’t lie, in the comments someone wrote “I’m a Sheffield collector and don’t have this card”, and that was the main reason I bid. Such a dick move, right? But the “Sheffield Fan” never bid again, so he clearly wasn't too rabid. 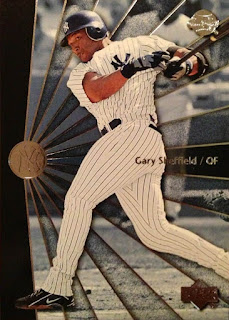 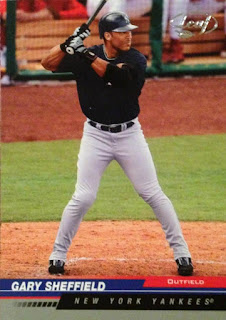 In addition to the Sheffs, Kerry sent me this Tino Martinez 1998 Pinnacle Mint card, with the coin included! These never really caught on, but I thought it was a cool one-time concept. I’m glad it wasn’t yearly. It’s nice to have the coin/card combo, as I have the card by itself and the giant hole where the coin is supposed to go is pretty unsightly. 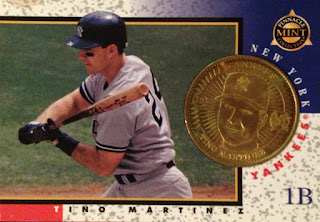 Kerry also sent along a stack of Knicks cards he had been holding for me. I haven’t bought many basketball cards lately, so it was great to see what it’s out there. It’s refreshing to see all these new (and vintage) designs as a mostly-baseball collector. 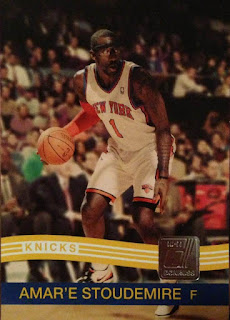 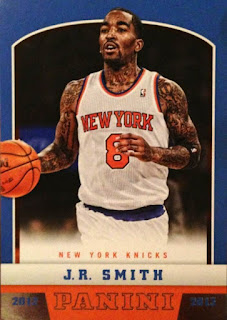 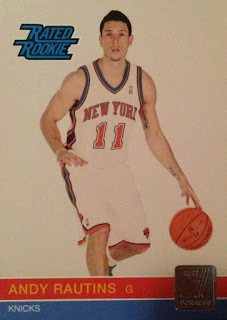 Thanks again, Kerry!
Posted by The Lost Collector at 8:30 AM 1 comment:

Kerry from Cards on Cards sent me this awesome card/coin combo. It was an interesting way for Pinnacle to try and break through the clutter (or add to it) back in '98. I love having this card in my collection, but I'm glad the card/coin thing didn't take off. I have so many piles of cards I can't find a place for, adding coins to that would just get messy.

These coins were nicely done. They had a decent amount of detail. I think Pinnacle did an ok job incorporating the coin area into the card, and at least you still get a good sized photo. The problem is that when there is no coin, the cards look very awkward.

Did you guys enjoy this set when it came out?
Posted by The Lost Collector at 8:30 AM 1 comment: 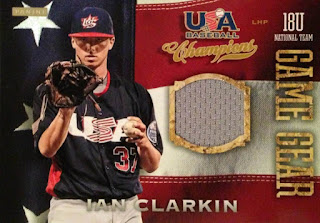 It was an aggressive move. As soon as the Yankees called his name, I went on eBay and grabbed this card.

You see, with three first round draft picks, I paid a little more attention to this year’s MLB draft than I usually do. I usually check out who the Yanks pick, but they are usually picking at the tail end of the first round and aren’t in the position to grab an exciting franchise cornerstone…someone like Harper or Strasburg or Machado.

That’s not to say players picked in the late 20s won’t be stars. Plenty of players have gone on to fantastic careers that the Yanks passed over.

Now, with three first round picks, the Yanks have a great opportunity to add some quality talent to the farm system. Hopefully at least one will turn into a contributing major leaguer. The closest to The Show is their first pick – 3B Eric Jagielo out of Notre Dame. They haven't picked up a polished college bat in a long time. Next, they grabbed Aaron Judge, a huge OFer from Fresno State. With their last pick in the first round, the Yankees drafted a lefty prep pitcher from California, Ian Clarkin.

Right after they picked him, I went on eBay and snatched this up. When I went back the next day, the same card was going for a few bucks more. The Yankees effect. Luckily, the Yanks signed him this past week, so I already have a relic of a young, exciting prospect.
Posted by The Lost Collector at 8:30 AM 1 comment: 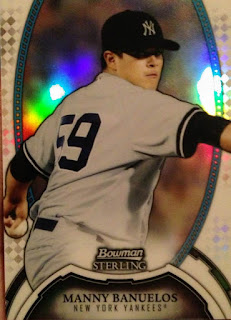 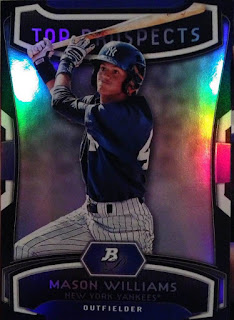 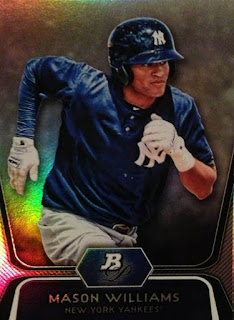 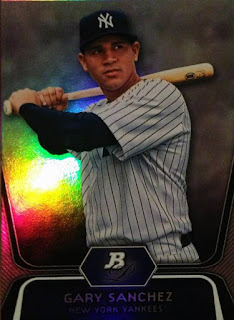 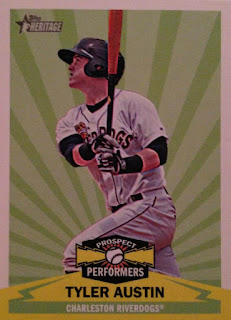 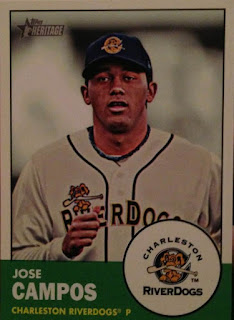 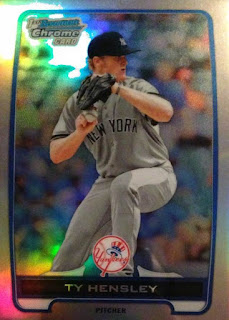 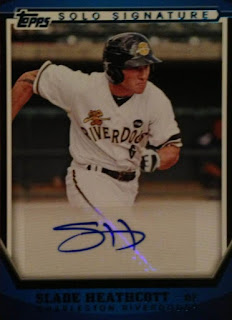 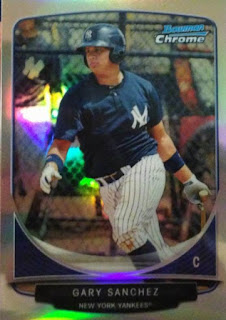 Posted by The Lost Collector at 8:30 AM 2 comments: