Over the last 4-6 weeks, I've managed to add a decent amount of new Tino Martinez cards to my collection. An eBay seller popped up who keeps listing Tinos - most of which are serially numbered - for $.99. In many cases, I've been the lone bidder, re-affirming that I don't have much competition for Tino cards outside of really rare cards and autographs.

I keep considering messaging the seller to see if he has more and wrap them up in a single purchase, but I feel like I've been doing well bidding on them.

My favorites of the bunch are probably these Pacific Paramounts parallels. There's no real reason, other than I just like Pacific a lot, and I like the foil shine. 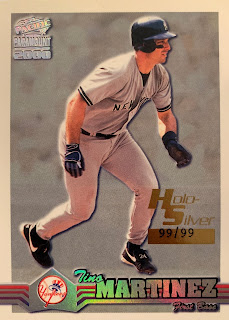 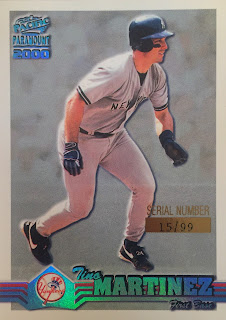 Speaking if shine, Donruss Stat Lines fit the bill. These are both season and career versions: 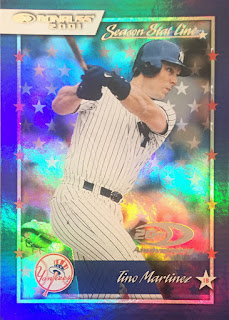 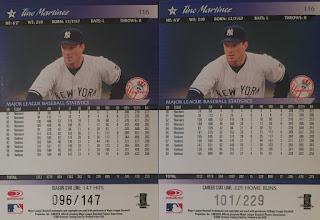 There were a bunch of Tino from his lost years with the Cardinals: 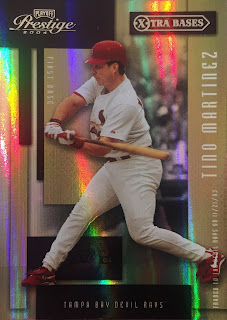 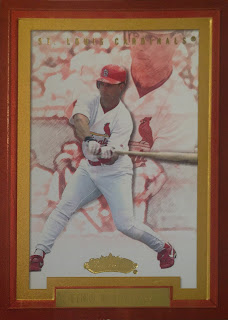 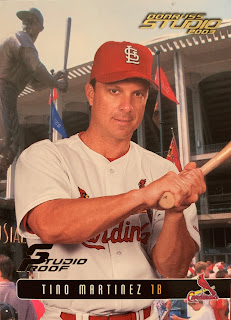 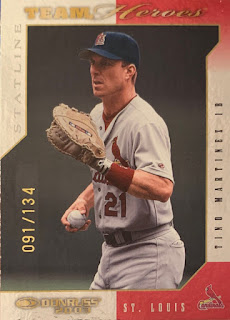 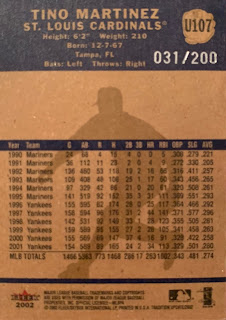 And one from the dreaded time where he was in a Yankees uniform, but featured the logo of another team. 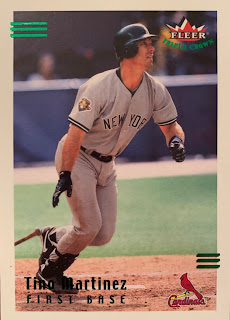 This wasn't from the same seller, but it's one I needed from Collector's Choice. I paid more than I wanted because I didn't notice the $3.99 shipping charge. Oops. 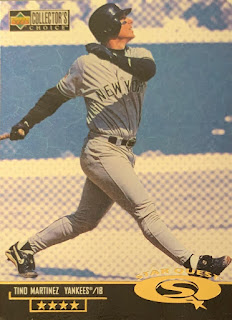 Posted by The Lost Collector at 7:30 AM