Growing my Tino collection on the TCDB

While most of my TCDB trades have been for current Yankees, a few over the last few weeks have brought be a few new Tinos. There aren't a ton I need for trade on the site, but I do appreciate finding a few. Brick by brick!

The first was from member alh. I exchanged a few NL stars like Blackmon, Freeman, Bryant, and Baez from random assorted sets, and got a Tino 2003 Topps HTA stamped card. I also snagged a Gio Urshela RC in the deal! 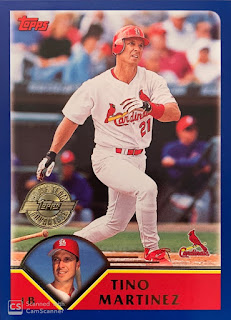 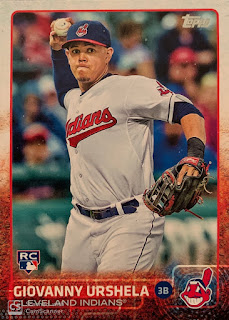 The second Tino came in from a member named obxyankeefan. This was the only card in the deal, a 2005 Fleer Tino. I sent along three cards from the 2019 Topps Update set. Great 3 for 1 deal for me. 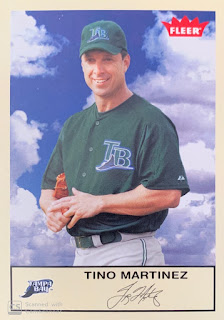 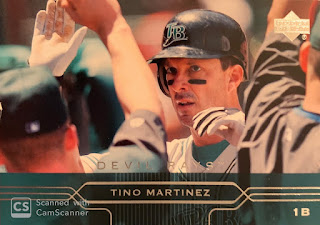 Some of the easier Tinos to find are from '08 Upper Deck Yankee Stadium Legacy. Tigerhead sent me this for a 2019 Heritage Shane Greene insert. 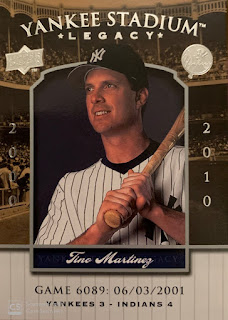 A two-Tino deal came from Torcato for five 2019 Update inserts/parallels. A Yankee Stadium Legacy, and a card from Tino's lost Cardinal years. 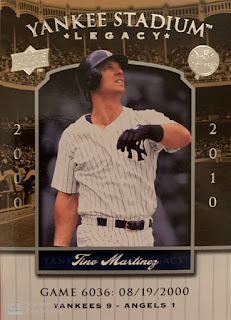 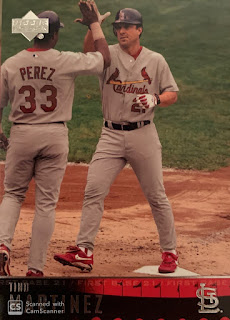 And last but not least! nwcardsupplies hit me with three new Tinos! These came for a 2017 Heritage SP Chris Sale, and a Sixto Sanchez Bowman card. 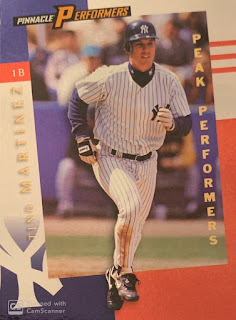 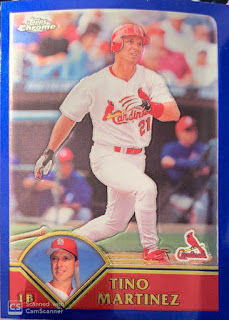 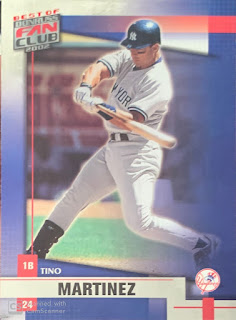