Returning from Coors and opening some Stadium Club

Late last night, I returned home from Denver. I had a good trip, taking in the HR Derby, MLB All-Star Game, and everything in between. It was a busy few days, but I was happy to return home. I'm too old to gallivanting around a city during the work week.
A couple observations:
Moving on. One benefit to returning home - you know, besides seeing my wife and kids - is that my two blaster boxes of Stadium Club were waiting for me. It was super easy to order them from Target.com. I don't mind ordering cards to open online at all. Saves me the trip of going to the store.
I actually crushed it with Yankees. My two boxes were packed from them, from inserts to base cards to parallels to special box toppers.
I don't have much to say about Stadium Club. They are excellent looking cards with a minimalist design and exciting photos. Although some of the photos are a bit dull featuring just running or swinging, they still look sharp and crisp.
The horizontal cards are my favorite, and I would be fine if the whole set was like these. They all seemed a bit more interesting than the verticals. 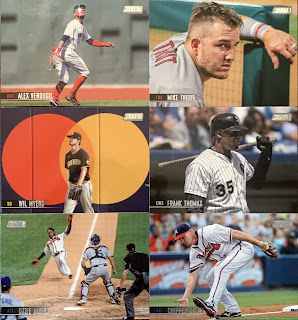 And of course, there's always a mixture of legends. 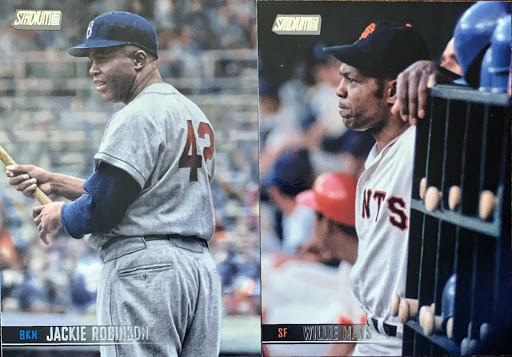 As for the aforementioned Yankees, it felt like every pack I opened had a card from my favorite team. The rarest was a Giancarlo Stanton Red Triumvirate, which fall 1:192. Not bad. What's disappointing about these is how flat they are. They need some color, shine, or texture! 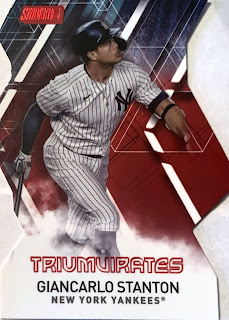 Beyond that, three inserts I was lucky enough to get were Superstar Duos of Aaron Judge and Stanton, a reprint of Mariano Rivera, and a Virtual Reality of Luke Voit. According to the fancy metrics on the back, over 162 games Voit would have hit 59 homers. Sure. 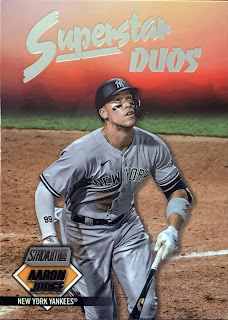 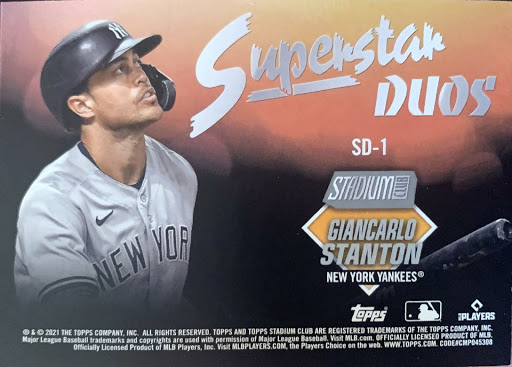 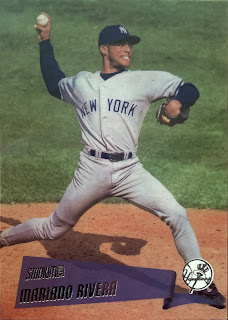 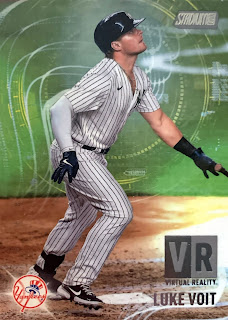 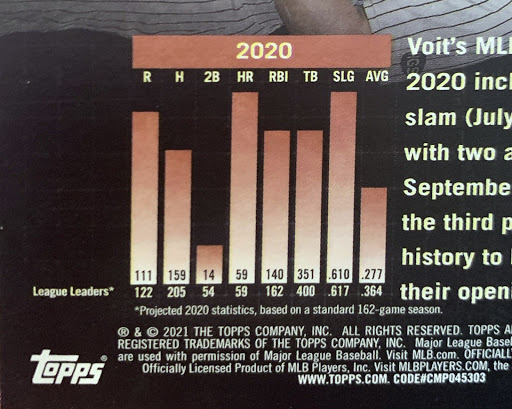 Here are a few more Yanks base cards. I like the Mattingly quite a bit. I received THREE base card of Clint Frazier. And then also got a black parallel of Urhsela, but not showing it. Just imagine what it looks like with a black logo. 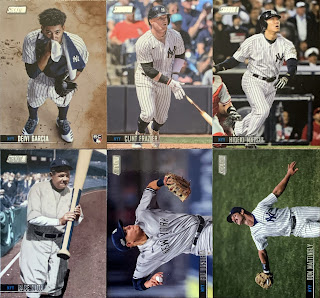 Speaking of parallels, I got several. I don't really get the point of just changing the foil color, but there they are. 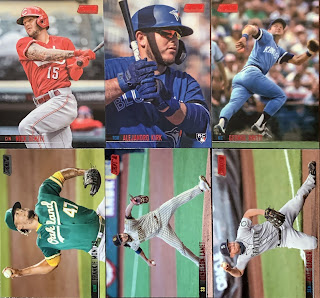 The rarest card I got was a 30th Anniversary parallel of Kenta Maeda, a 1:318 pull! Always sad when you beat the odds and pull a dud. That's a Napkin Doon quote. 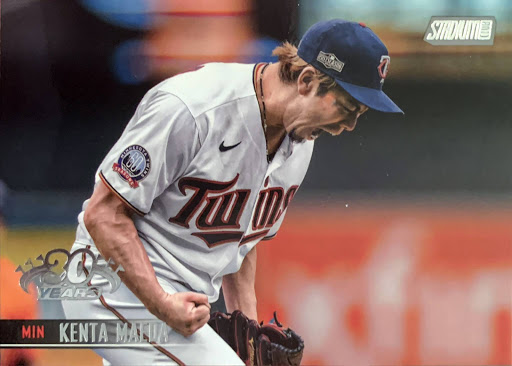 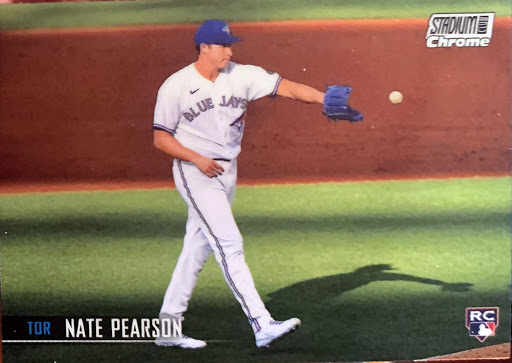 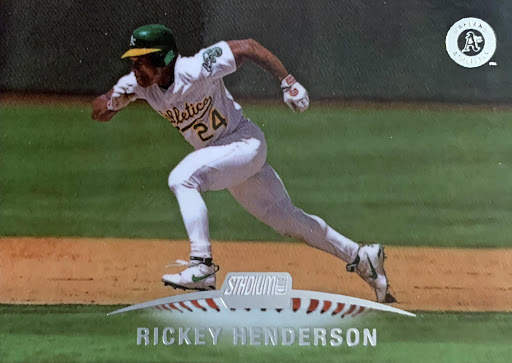 Last but not least, each blaster comes with a loose Master Photo. I didn't even know this before purchasing, so that was cool to get them. I did well with a Bellinger and a Deivi Garcia RC,

I don't regret the $40 I spend on these at all. They were fun to open, and should provide me with some great fodder for TCDB.
Oh, and go AL.
Posted by The Lost Collector at 8:57 PM