A couple of weeks ago, I snagged my newest Ty Hensley 1/1. This particular printing plate was the black one from 2012 Bowman Draft, the year he was drafted. 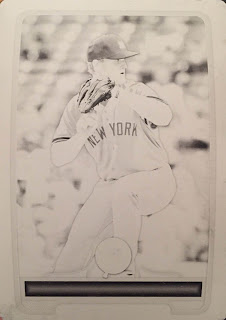 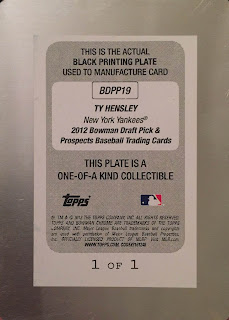 As luck would have it, my pal Drew of Drew's Hot Corner said he was going to be parting with a few Hensleys, and offered a very fair price on the following: 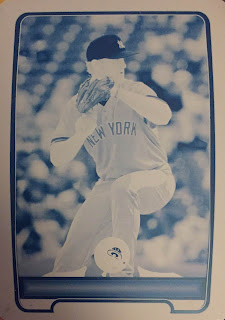 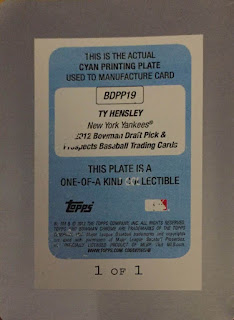 The cyan plate! So in a matter of a couple weeks, I went to owning zero to owning 50% of the four printing plates from 2012 Bowman Draft.

And I know where the magenta one is. It's still with Drew!

He has it signed and wasn't ready to part with it yet, which is totally cool. I like knowing where it is in the world, and I'm sure if Drew ever decides to move it, he'll give me first dibs.

I'll be keeping my eye out for the yellow one. It would be really cool to know where all four are! Do any of you own all four versions of a plate?

In addition to the cyan plate, this Red Ice from the same set was part of the deal. It's numbered 01/25. I didn't have this one, so I was happy to track this one down. 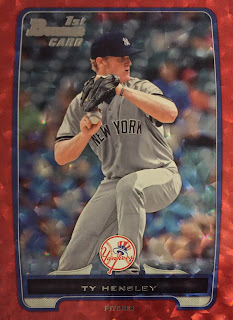 Drew, thanks for the deal!
Posted by The Lost Collector at 8:14 PM