Matt over at Diamond Jesters recently held a contest as it related to a repack he bought. I was one of three winners, and my task was to pick a card from a list of names he sent.

After scanning the list, I settled on Hideki Irabu, figuring it would net me a Yankee. I was right, and a cool Pacific Prism one at that! 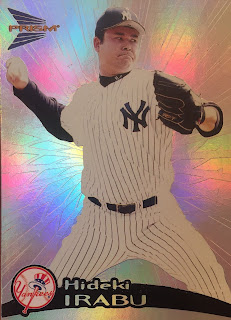 As is his custom, Matt also sent a haiku along: 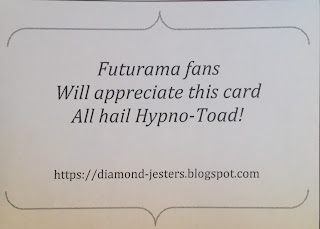 I'll be honest. I've never seen an episode of Futurama, but I certainly can piece two and two together with the toad reference. And I did a little digging and found some clips of the Hypnotoad on YouTube:
There's also a 10 hour video of the Hypnotoad, but I'll spare you.

Here's the rest of the PWE, featuring some HOF cards I'll add to my son's collection, as well as some Yanks! 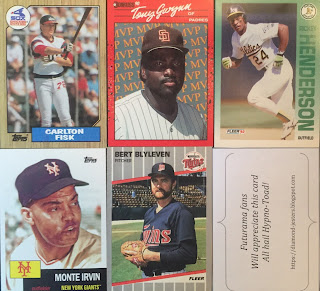 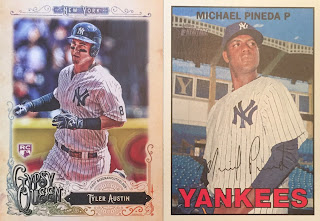 Posted by The Lost Collector at 7:03 AM