For someone who isn't too into the hobby right now, I sure acted greedy recently.
No, I didn't go clean out a retail shelf. I'm not that greedy. But during Wes' recent trade-a-thon on Twitter, I was admittedly more greedy than I should have been.
For those who don't know about Wes' annual event, he basically posts a bunch of cards on Twitter. The first person to respond "take" gets the card. Participants are limited to claiming five cards. Wes simply asks for a surprise package in return that he waits until Christmas to open. For this round, he asked for wrestling cards in return.
I claimed three cards this time around, and as mentioned, was a bit greedy in my claims. But I do feel that what I sent back was fair, for whenever he does open his package.
The first card I claimed was an early Derek Jeter Upper Deck card. I didn't have this one, and figured it was a good one too claim. If nothing else popped up, I was happy. 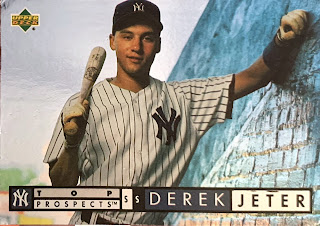 Something else did pop up. This: 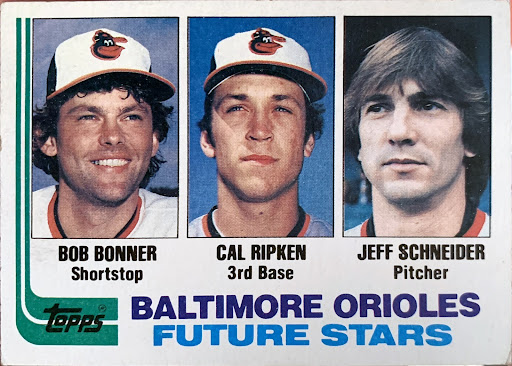 Oops, I claimed it. This card isn't super rare and can be had for about the price of a blaster. But I still took it. It's one of those cards I've never gone out of my way to buy, and maybe wouldn't do it if not for Wes' event. It's place in cardboard lore is well established, and I felt like I should own one to put in my "money box"...aka the box my wife knows to look for in case something ever happens to me.
Speaking of cardboard lore going into the money box, this was my third and final greedy claim: 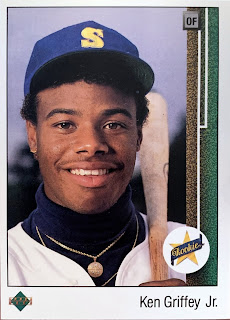 Whoops. Yeah, pure greed. And I felt guilty as I hit claim. This was a wantlist card for me for a long time though. I even had a saved eBay search for a PSA 8, but right when I was looking to buy one a year ago the prices when up quite a bit. I never trusted to buy a raw, so the saved search just sort of sat there.
And then it popped up on Wes' timeline and I pounced.
Afterward I felt little icky, and hope I didn't take the fun out of it for others. As mentioned, I do feel that my package to Wes will be reflective of the cards he sent me. While I don't know a ton about wrestling cards, I made sure to pick out a few for Wes that had a story behind them.
Thanks, Wes. And sorry for being a greedy bastard.
Posted by The Lost Collector at 7:00 PM