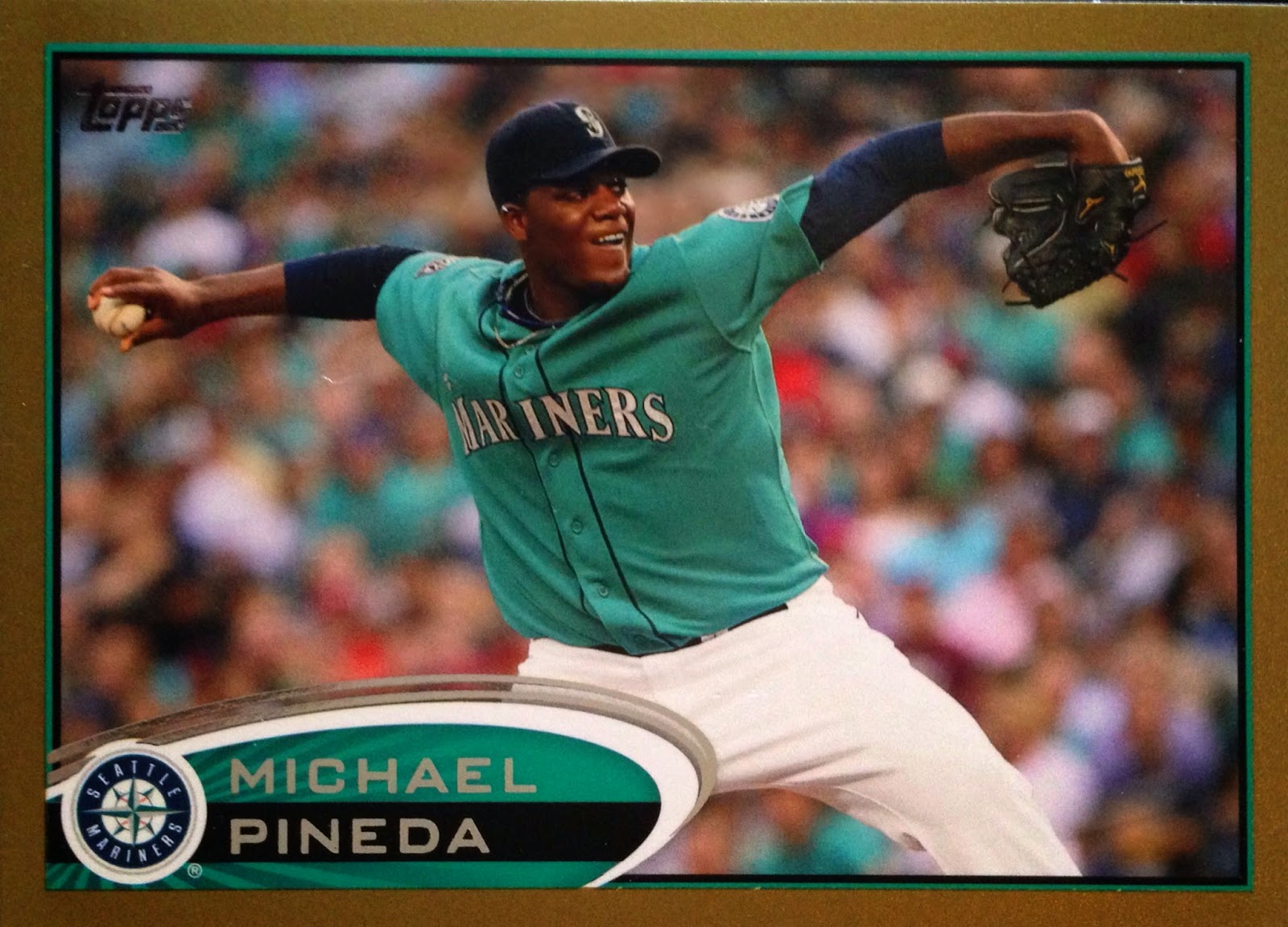 Michael Pineda mowed down the Red Sox last night. It was awesome. This is a guy I've been waiting for two years to anchor the Yankee rotation, and finally, he stood on the mound, stared down the mighty Red Sox, and pitched with a swagger I haven't seen since 2009 CC Sabathia.

The big story of the game, as you know by now, is the pine tar (or "dirt") that Pineda wasn't shy about showing on his hand. The story blew up on Twitter. And it just so happens that the man on the hill, Clay Buccholz, had been accused of using a foreign substance last year during a start in Toronto. Understandably, the opponent played a role in not calling this to the umps attention, as both Buccholz and Lester have been subject to these same conversations in the past. I actually applaud John Farrell for not being a hypocrite. It would have been easy for him to call it to the umps attention, especially with the way Pineda was pitching.

If the majority of pitchers use pine tar or other sunscreen or whatever for a better grip, and it's widely understood within the game, I'm not too upset. I think it was apparent when the Red Sox players said they have no issue with it. From everything I've seen or read, those associated with the game had much less of an issue with it than writers and other media folk. I thought it was funny that there were so many people who were outraged, but the people actually affected (the opposing team) weren't. And if you think the pitchers on your favorite team aren't using something, you're probably wrong. Not justifying it, but just saying...

I'm sure Pineda will keep using whatever he was using, especially on colder nights. I would hope he's a bit less blatant about it next time. Regardless, pine tar or not, his stuff was fantastic. He sat in the mid-90s with devastating off-speed stuff. His change-up, widely considered his weakest pitch, was responsible for several Ks. Just an enjoyable experience to watch. He definitely tired after 85-90 pitchers, but it's understandable, as he's still working his was bay from a serious shoulder surgery.

Which brings me to the card above. This 2012 Topps Gold parallel is my 59th different Pineda, and came courtesy of a PWE from Kerry over at Cards on Cards. Thanks, Kerry!
Posted by The Lost Collector at 5:30 PM