Last Wednesday, I mentioned that my blog was on auto-pilot with the pending birth of my daughter. I'm happy to report that everything went perfectly and according to plan. We got home Saturday morning and enjoyed a very nice weekend as a family.

I'd like to present to you, Baby Lucy Lost Collector: 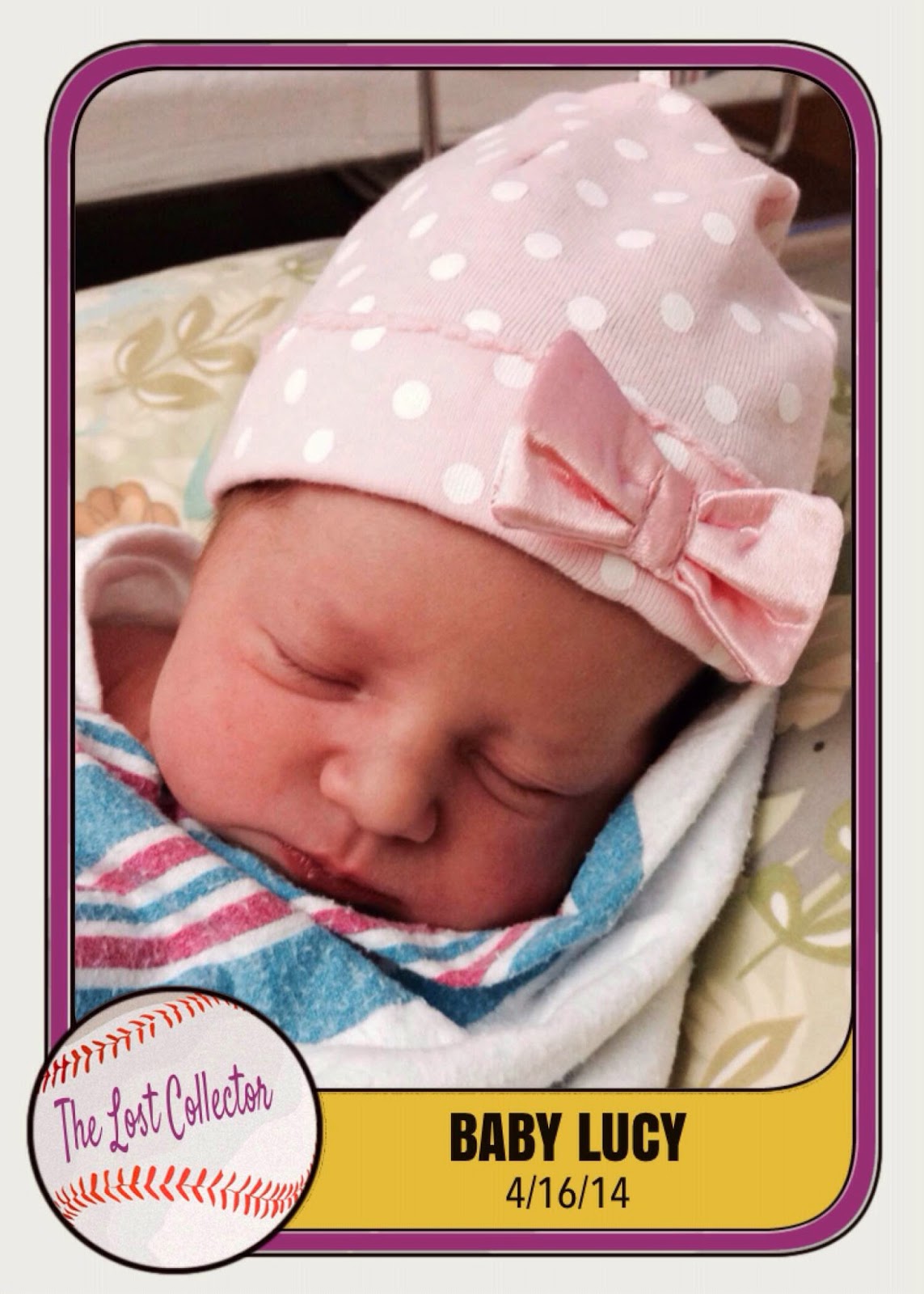 Both mom and baby are doing great. In terms of Joey...he's having his ups and downs, as you'd expect. He's still just two, and has been the only child with the world revolving around him for as long as he's known. He's been mostly great about everything, with a few hiccups along the way. Easter candy sugar didn't help, either.

Now let's bring it back to baseball. Lucy came on the 16th, when the Yanks had a doubleheader vs the Cubs. In Game 1, Masahiro Tanaka dominated the Cubs. In Game 2, my main man Michael Pineda wasn't as sharp, be he still threw six shut out innings. I was actually able to watch that game in my wife's hospital room (wooo on an SD TV), which she was thrilled with. In all, the Yanks swept the doubleheader while not allowing a single run. Pretttttty good.

I'm not sure which card(s) to pick up for Lucy as a birth gift. Obviously, my PC-guy Pineda pitching on her birth day is a pretty good sign. Namewise, the White Sox recently had a player named Donny Lucy. Birthday-wise, not a very impressive group: Xavier Avery, Dall Keuchel, Fernando Tatis, and Hank Greenberg among others. Only two guys played for the Yanks: Charlie Devens and Earl Torgeson. Hmmm, I'll have to think about this.

Anyways, the blog will still be coasting for a few days, but you'll see some posts pop up.
Posted by The Lost Collector at 6:00 PM