You be the Judge

One of my goals this past year was to pick up Bowman Sterling autographs of the Yankees three 2013 first picks: Eric Jagielo, Ian Clarkin, and Aaron Judge. The last, and most expensive, was Aaron Judge, the massive outfielder from Fresno State. 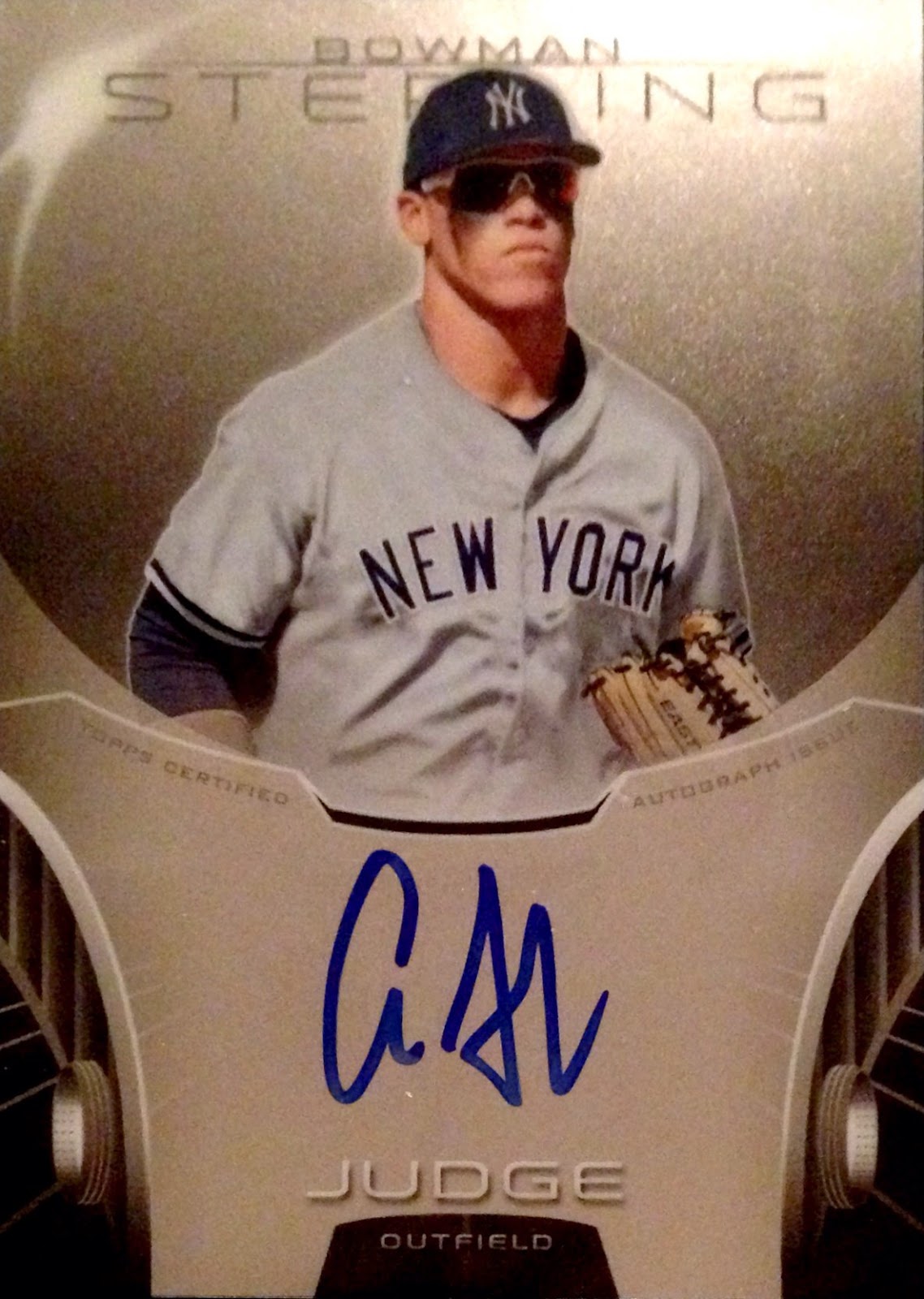 Judge is off to a great start in low-A ball, hitting .359/.488/.469. Scouts are raving about his game and approach so far. He's a little old for low-A, so it's only a matter of time before he's bumped up to A+ Tampa. I'd be shocked if he was still in Charleston come mid-May. He played three years at a major college program, so he should be mashing at low-A.

It's been a long time since the Yanks had a legit OF prospect, but Judge fits the bill. He's not a Melky Mesa/Zoilo Almonte 5th OF fill-in of the past few years. He's a cornerstone player if he plans out the way the Yankees hope.
Posted by The Lost Collector at 5:30 PM