Secret Santa pays me a visit from the Pacific Northwest

Just before I was to head out for my yearly Christmas travels, a box from my Secret Santa showed up! Before I get into it, thanks again to Jon from Penny Sleeves for once again running this year's program. Like Matthew before him, he does a great job!

I was thinking I might be getting a package from someone new this year, as I noticed in the comments there were a lot of names I didn't recognize. Many were from Twitter or TCDB, so I figured I might be getting something from an unfamiliar name.

A nice flat rate box showed up from one of my oldest trading partners, Kerry from Cards on Cards! Although he does send some surprise packages throughout the year, I was thinking this one might be too well-timed to not be Secret Santa. And I was right! I opened the box and there were two glorious team bags, as well as a sticky note that read, "This worked out well. I had some cards set aside for you anyhow."

Kerry always sends super generous packages, and this one was no different. The highlights were what were undoubtedly the main Secret Santa gifts in the form of two Tinos I didn't have! 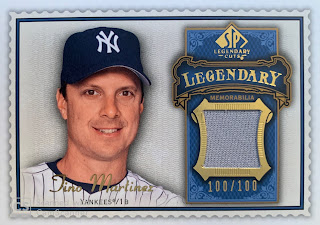 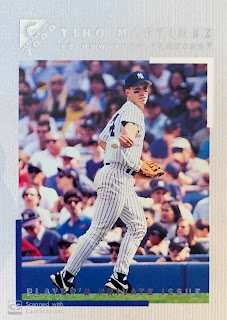 Two low numbered Tinos I needed?! Secret Santa was good to me.

And the team bags were great too, chock full of Knicks and Yankees! I was really happy that Kerry was kind enough to include two RJ Barrett rookies! These are the first cards I have of the promising Knicks rook. I love the old school Hoops Tribute design! 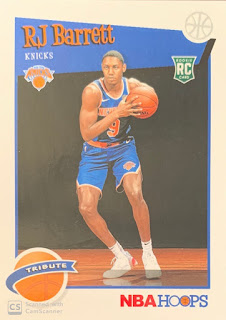 A few more Knicks, including some Kevin Knox RCs and a sad card of Porzingas. I do love the sweet Knicks City Jersey. 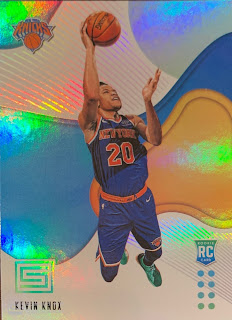 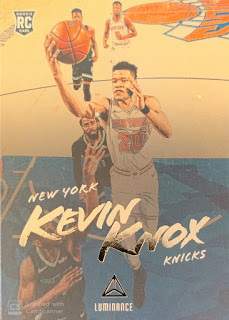 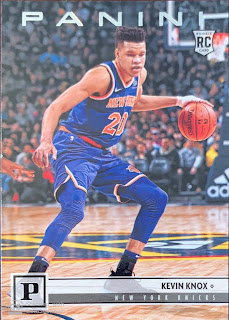 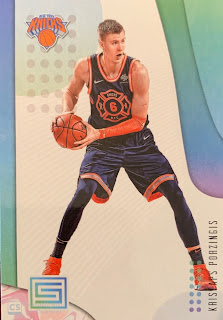 For the baseball portion, I really loved the 2019 Chrome Refractors. A nice pink of DJLM and the Jeter is awesome. 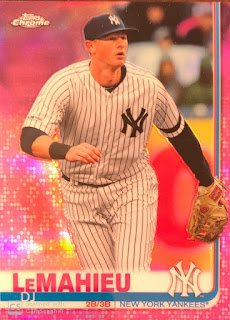 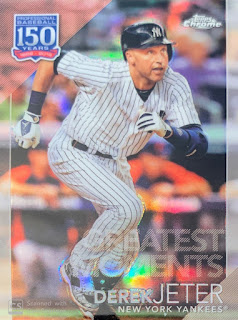 I LOVE this shot of Judge. 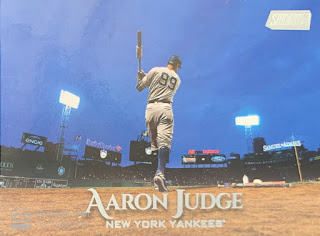 I'm surprised by how many Yankees cards Edwin is going to end up with this year. I loved having him in Pinstripes, even if it was for a short time and even if he stunk in the Playoffs. 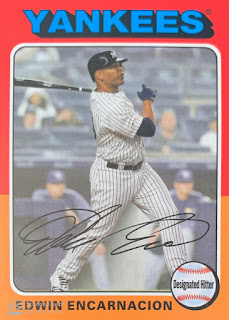 Lastly, a vintage stock card of Yankees legend Ivan Rodriguez. Perhaps he is hitting his only Yankees homer in this shot?! 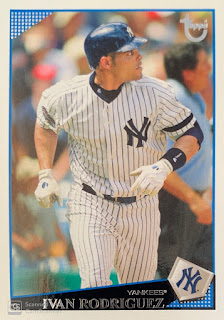 Kerry, thanks for being an awesome Secret Santa!

Posted by The Lost Collector at 10:54 AM