Right around Christmas, Marc aka Bru from the old school Remember The Astrodome and I made a nice swap on TCDB. It's really nice having someone to send crummy Astros to, and in turn, get Yankees I want.
It was around a 20 for 20 card swap, give or take. I helped him with a few Astros and set needs, he sent me some assorted Yankees from a bunch of brands. It was actually a really fun mixture of cards, especially because there were a bunch of Panini products I don't see a lot. I kind of hope Fanatics buys Panini as well, since they've been kicking Topps' butt with better designs and products the last few years. Although I guess it wouldn't be true competition if they all rolled up to the same mothership.
Still, seeing Donruss and Prizm with official marks would be cool.
Regardless, back to the variety. I was able to add five Gleybers to the collection, including a couple with the RC logo...which apparently doesn't really mean what it used to a few years ago. 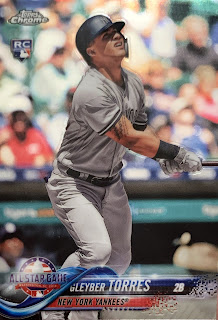 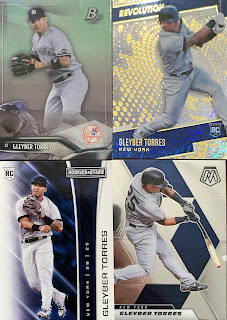 I also got my second card of Odor as a Yankees, and this one is pretty great at highlighting his fiery personality. 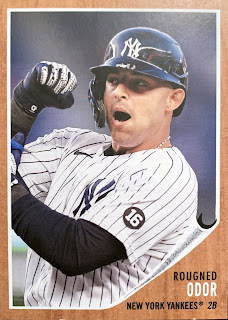 I won't lie, I laughed when I saw this mugshot. What a dopey card. 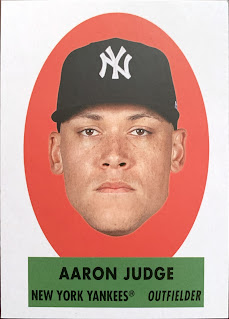 I still have hope for Clarke Schmidt being an impactful Yankees pitcher. It would be nice if a first rounder not named Judge panned out. 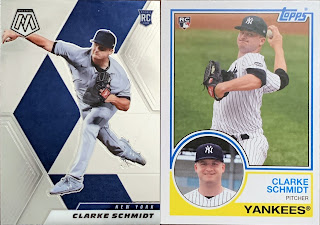 A few more Stantons. I need to do a count on his cards, but I must be approaching 175 or so. I like the Fire red foil a lot. Maybe my favorite card of the trade.

And here are the rest of the goodies. 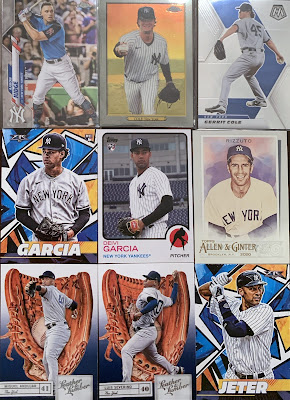 Marc, thanks for the trade, and please enjoy your time with the beautiful baby girl you just had.
Posted by The Lost Collector at 7:00 AM