January 6, 1991. The date the Cincinnati Bengals last won a Playoff game.
At the time I was seven years old and in first grade. Sadly, I have absolutely no memory of the game. I don't think I watched it or knew what was happening. I can confidently say that I have no conscious memories of the Bengals winning a NFL Playoff game.
Today at 4:30, they take on the Raiders with a chance to snap that 31 year drought. I won't be surprised with either outcome, sadly. The teams are evenly matched, although the Bengals are favored by 5.5 as of right now. I guess it's not that even, but still. I could see the Bengals dominating. I could see them laying a goose egg. I could see a tight battle that comes down to a late FG by one side.
The reason I feel different about this game versus the last seven Playoff games is because of Joe Burrow. He's an elite, franchise-altering QB. I like everything about him, frankly. Over the past few weeks, I've snagged a few RCs of his. Nothing big, just a few of the more common ones I wanted to have. 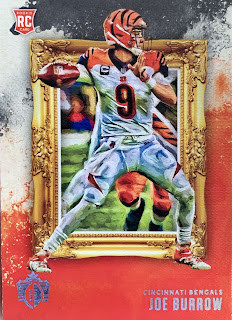 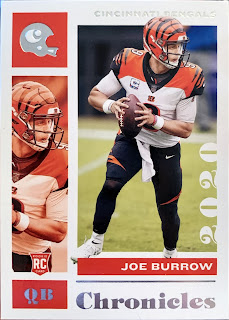 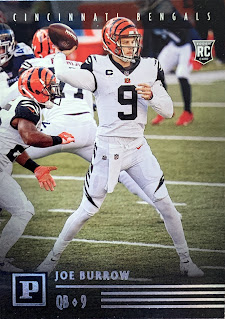 But a QB is only as good as his WRs, and his two best have made an impact as well. Ja'Marr Chase has been incredible, an exciting playmaker who proved to be the right draft pick, taken 5th overall. I pulled all of these from packs: 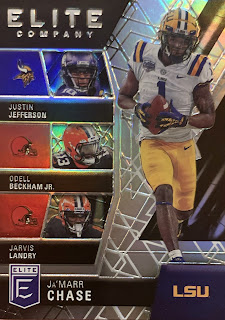 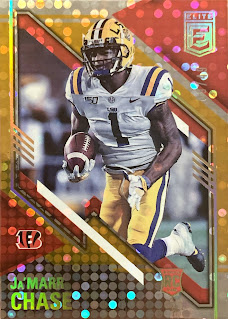 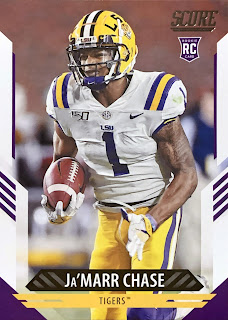 Not be overlooked, Tee Higgins is a high volume, dependable WR who has built up a great rapport with Burrow. Beau from One Million Cubs was selling a few of these on eBay, so I bought four RCs. 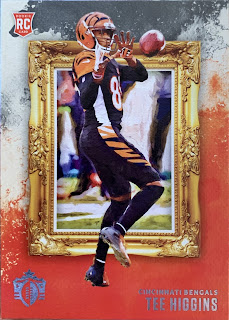 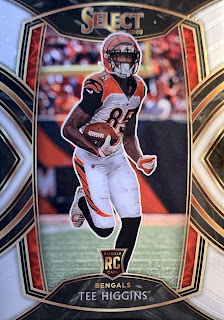 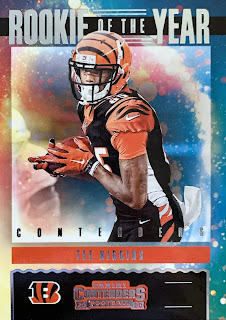 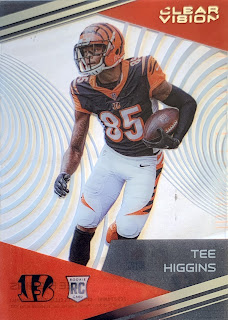 Will I see the Bengals win a Playoff game today? I hope.
And if they don't, well, the future is still bright.
Posted by The Lost Collector at 8:10 AM