I've been wanting to get my hands on Topps Lineage, but hadn't come accross any until I stopped by a Modell's over the weekend. Since I refuse to step foot in my rip-off LCS and Target is a bit of a hassle to get to, I stop in Mo's once a week to see if they have any new cards. Most of the time they don't, but once in awhile I'll find a fresh shipment of blasters or packs. This was one such occasion.

I eagerly opened the box and expected a lesser relic. It's just how I've been conditioned. I was extremely delighted and surprised to find this: 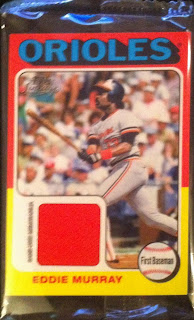 Nice! A HOFer! And the orange jersey is particularly cool. This was the first time I had actually seen one of these up close, and I love them. The "Game Used Memorabilia" words are a little too small and blend together illegibly, but otherwise I think these are a great set. I like that it's a mini relic, but is unframed.

I'm not 100% sure what I'm going to do with the card just yet. I could easily use it as trade bait. I could sell it on eBay and use those funds to contribute to a vintage Mantle that I want. Or, I could just keep it because it's a cool little card and I don't have any relics of HOFers. As a baseball fan, the third option is enticing.

I enjoyed the rest of the box. I hoped to pull an auto (which I didn't), but I did a decent job of beating the odds a few times considering there were only seven packs in a blaster. I didn't get a pop-up, but I did get some nice inserts and a bunch of Yankees (including two inserts). I also really like the base cards, and it was fun to open a pack where every player was either a past or present star for the most part. I wish there were stats on the back instead of the write-ups, that's my only real disappointment. This is by far my favorite set of the year, which shows how different my taste is than most collectors. Many went gaga over A&G while I hated it and thought it was awful, and many hate Lineage while I think it's great. 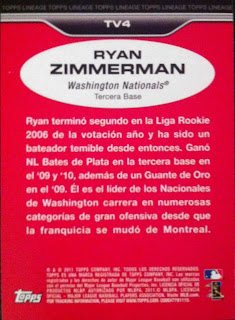 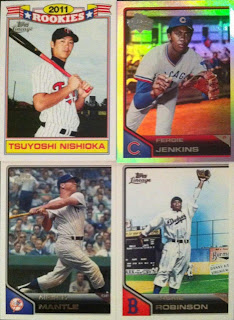 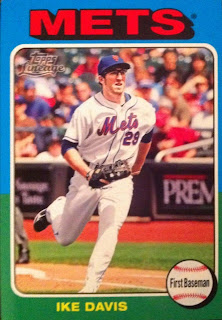 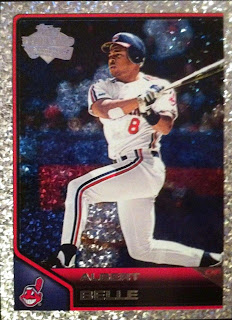 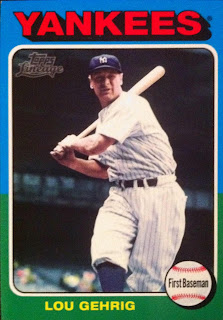 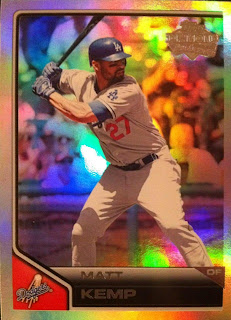 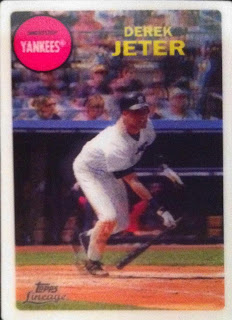 So, overall it was a pleasant experience. I wanted to run out and get another blaster, but I decided against it. I'm not a set builder, but I'm tempted here because I really like the mix of players. Hmmm, I'll think it over. In the meantime, if you see any non Yanks you really like/need, let me know and we can work something out.

Posted by The Lost Collector at 8:00 PM