Playing some Jenga in the Burbs


I'm sure the horrid post title as been used. If not, no one use it ever again.

Jenga is a great game. I haven’t played in a long time, but I always enjoyed it. I’ve been to a couple bars in NYC that have board games, and it’s always fun to hear a Jenga tower falling over every five minutes.

Tony Burbs of Wrigley Roster Jenga sent me some great Yanks last week. It was our first deal, and I’m glad to have had the honor of being the first Yankees collector he has traded with. He mentioned that in the note, and also said he hopes I find these cards to be productive. He also used some sweet orange tape on his mailers. 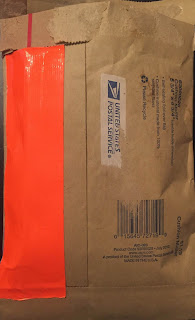 The very first card behind his note was a James Kaprielian, so yeah, off to a great start, Tony Burbs. 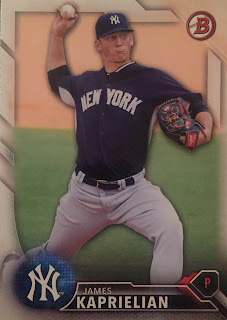 Now before I get too far and show some other cards, I needed to get to this card while I hopefully (maybe?) have your attention. Feast your eyes on this: 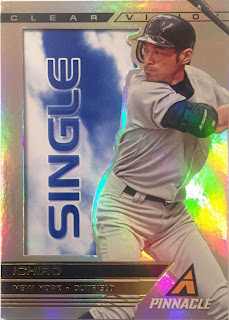 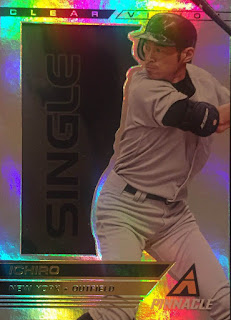 Holy smokes. This Pinnacle Clear Vision of Ichiro is truly awesome and one of the coolest cards I've gotten in a long time. From its refractory shine to the clearcut portion of the card, this is so pretty it makes me forget there are no team logos on there. It’s just a very special feeling card. At first, I scanned it against a dark background, but then decided to put some white against it, and the results were even more stunning, with a hidden sky type of effect. Ichiro is awesome (and a ninja), so I gotta say this is my favorite card of the package. I know that Tony agreed as well.

There was some other prospects too - past and present, which is always appreciated since I shelp these off for TTMs and often forget to replace them. 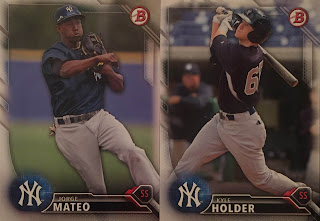 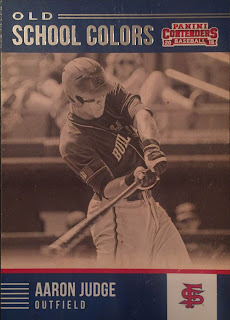 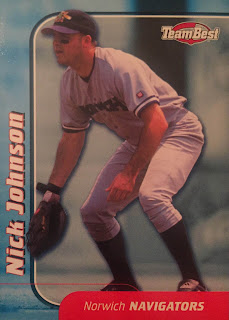 This is my first look at 2016 Pro Debut, which is always a favorite set of mine. I like Degano, although I’m surprised he hasn’t pitched yet this season. I also like the light blue color. 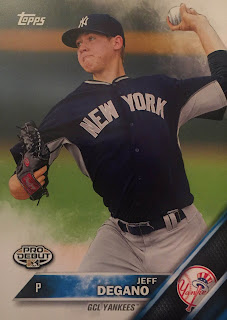 So this card is exceptionally cool and I had ZERO clue it existed. I’m a little mad at myself because I actually made a Billy Crystal custom to send to him TTM (request is pending), but I would have much rather sent this card. Maybe I still will. I love this Tristar set. The cards look beautiful signed. 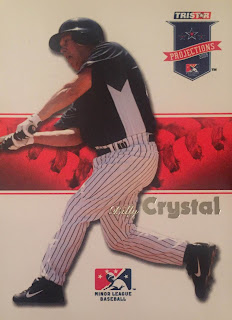 A new Yankees Jose Canseco! I didn’t have this one. I am definitely starting a mini Canseco Yankees PC. 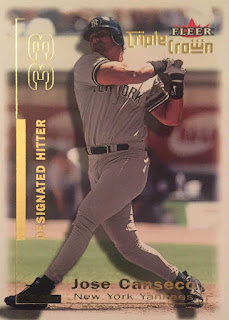 Holograms need to come back. Where the hell did they go? Denny’s needs to have cards again too. 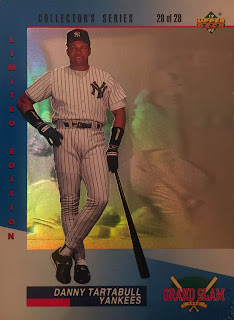 These are originals. Tony, you shouldn’t have! 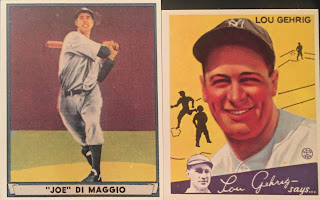 There was plenty of shiny to go around as well. 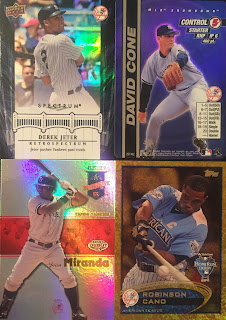 I like this Jorge Posada card commemorating the first HR at new Yankee Stadium. I was at the game and remember the homer. They lost 10-2, so kind of a damper, but still cool to know I was there. 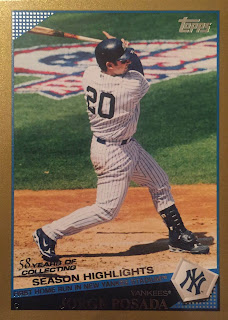 I’ll end this with a card of the Mick. I wasn’t collecting back in the late 2000s when Topps was putting out those massive Mantle sets, so I frequently receive them in trade packages. However, I haven’t seen this one. It’s a refreshing image of his. I don’t recognize it, so nice change-up there. 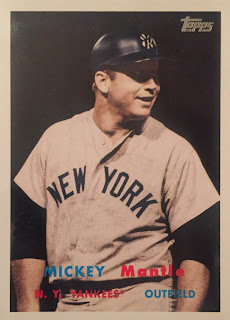 Tony Burbs, thanks my friend!
Posted by The Lost Collector at 7:00 AM