I'm a few weeks behind on some #SuperTraders posts. I gotta catch up, or it's going to get too overwhelming!

My 13th package came from Jedi Jeff over at 2x3 Heroes. Jeff reps the White Sox in this here trading group, and sent me some sweet Yankees.

Among the goods was this Mark Teixeira relic. It's crazy to think his 8-year Yankee tenure is just about over. 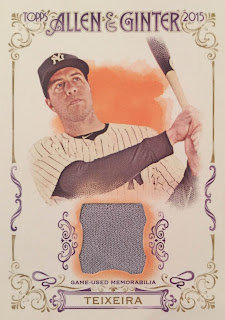 Here are a bunch of black-bordered minis. One day I am going to actually place all my minis in a binder. One day. Probably not soon. 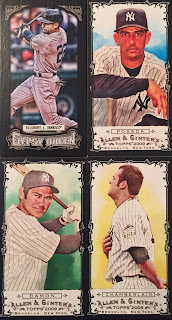 Even though Topps used this Jeter photo in flagship cards, the black and white in this looks really cool. 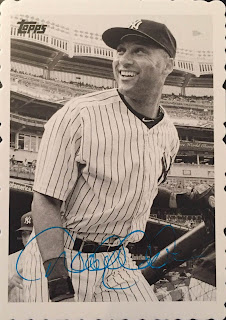 This is a classly looking Jeter. I love the white parallel. 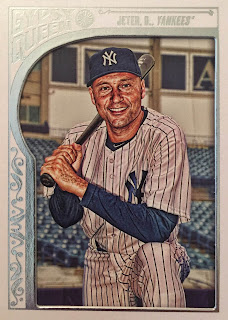 Gold from the post-Cano spending spree. 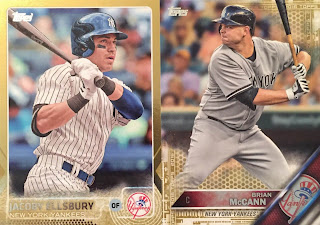 I like Starlin Castro so far. He is a bit frustrating on offense, as many Cubs fans can attest to, but when he's playing well he's really good. On the flip side, I'm pretty shocked that Jacob Lindgren isn't a bigger part of the Yankees pen at this point in his career. Injuries. 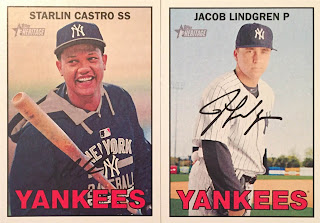 What on earth? Never seen these in person. They are awesome! 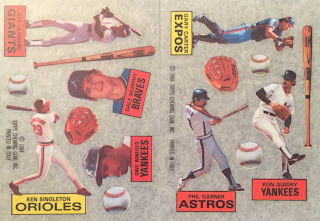 Hard to tell from the scan, but this is a very foily Cano. Where did Bowman Heritage go? I assume they ran out of designs? 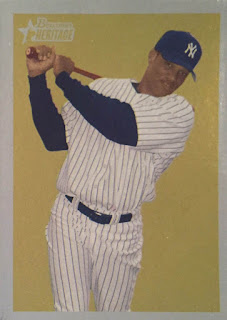 Speaking of Heritage, there were a bunch more. I love that Matt Lawton made it into a set. 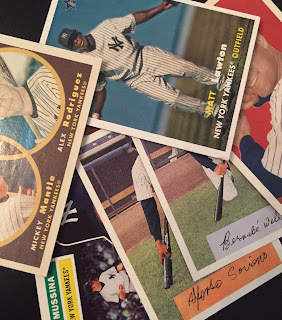 Lastly, here are a few more new Jeters. This summer I am going to count my Jeters. I really think I might have 500, although it's probably less than that and I'm just over-exaggering. It might make for a fun contest post.

Jeff, this was a great package. I needed a TON of these. Thanks again!