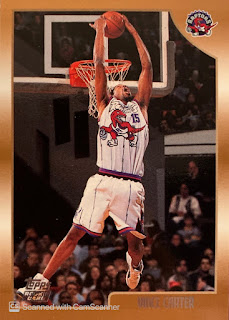 One thing I've been doing with my extended time at home is catching up on movies and documentaries I've been wanting to see, but haven't for whatever reason. Number one my list, which I'm about halfway through...Top Gun! I know, I know. I haven't seen it all the way through. I've seen bits and I know the premise. But with the sequel coming out at some point, I wanted to see it.

Outside of movies, the majority of my lists consists of sports documentaries on Netflix, and when my wife decides to go to sleep, I usually turn one on for a few minutes. One I watched the other night was The Carter Effect, a short doc on Vince Carter and his impact on basketball in Canada.

I loved Vince Carter, from his time at UNC to the leap he made to the NBA, so I was excited to watch. And honestly, I wouldn't say the doc was very good. It was fine. But seeing the old footage of him for an hour was worth it.

With all the excitement around basketball cards right now, between Zion Mania and MJ cards soaring once again with the upcoming release of The Last Dance, I've been feeling serious nostalgia for NBA cards. I collected NBA much more heavily in my age 10-14 years, really from 4th-8th grade, so they mean a lot to me still.

As I actually scale down my collection a bit (it's true!), I decided I wanted to pick up some rookie cards of past and current great players...guys like Stockton from the past, or a guy like Anthony Davis, Damian Lillard, or Donovan Mitchell presently. Just to have. Not to flip or hope I get rich or anything. But after watching the doc, I started with Carter.

Carter probably came the year after I stopped collecting NBA to focus just on baseball. His RC was 1998-99, a time I really would have been focused on Tino and the Yanks dynasty. So I decided I wanted a Vince Carter RC. I didn't want something crazy high end. Regular Topps would be fine.

So as I was searching, I actually found a lot that included two Topps RCs, a Stadium Club RC, and a about 15-20 cards from other years. It was actually less than some listings for two Topps RCs. Weird. Sometimes buying in bulk is cheaper. 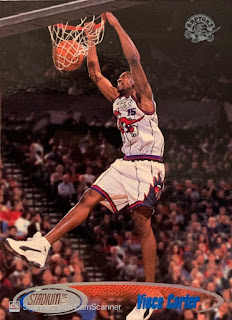 I pulled the trigger, and now own a few VC RCs.

I'm not sure what I'll do with the other base cards. It sort of goes against what I want to do, which is NOT accumulate. But they were fun to go through and see a bunch of designs and card years that I missed. 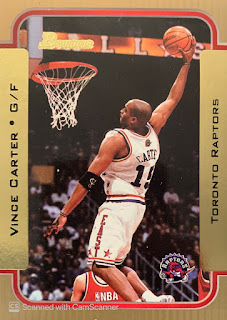 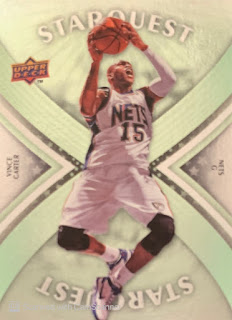 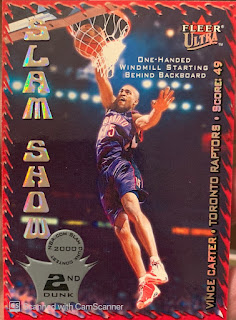 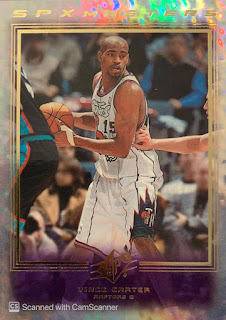 I'm happy to add Carter's RC to my collection, and appreciate the trip down memory lane with his doc. 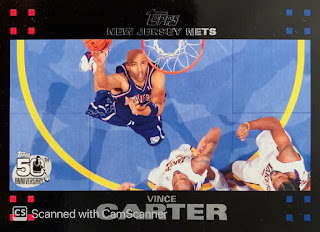 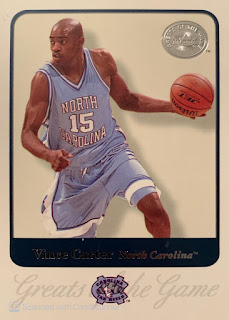 It feels good to buy a basketball card or two, as well.
Posted by The Lost Collector at 8:53 AM