We planned to stay in on New Year’s Eve this past Saturday. With two kids ages 5 and 2, there isn’t a ton of options outside of getting a sitter, and after a week of travel, we looked forward to a night at home. Our friends two streets over were doing the same with their three kids, and before we knew it, we had plans to go to their house for dinner, along with another couple who has two kids. The end result was not a nice quiet evening, but listening to seven kids run around like complete maniacs.

So at about 4pm, I hit up the liquor store so as to not show up empty-handed. My wife asked me to grab sparkling cider for the kids as well. Of course I forgot it, so instead of turning around and heading back, I continued on to Walgreens, where I luckily found some sparkling grape juice. Close enough!

While at Walgreens, I felt like I needed to treat myself to a New Year’s present. 2016 was a good year for me, overall. Kids were happy and healthy. We bought our first home. My first year at my new job went well. Sure, why not splurge on a $4.99 gift to myself?

There were four of thew 100-card re-packs to choose from, and the very last one on the rack had this as the first card: 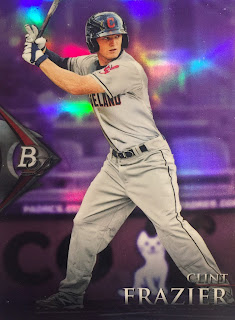 Easy choice, right? Frazier cards have increased in price since he became a Yankee, and I only have one or two, so I figured this was the best choice.

There is a 1:4 chance of a hit. I didn’t get one. The pack also guarantees 5 HOF cards. Cool, I’ll put them in Joey’s binder. How did my five go? 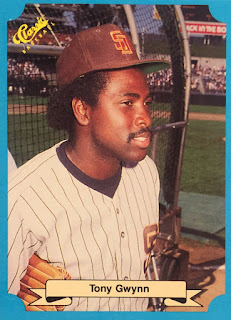 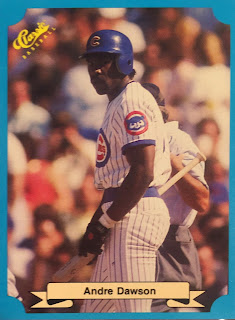 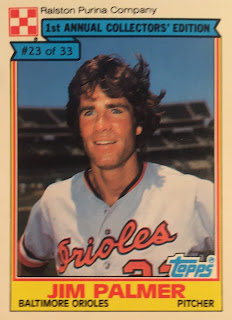 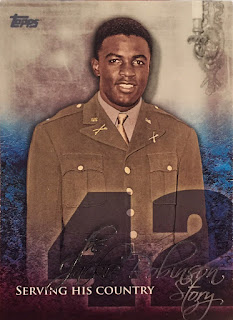 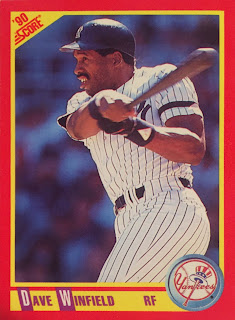 Ok, ok. Not bad. I don’t think I’ve seen the blue bordered Classic cards. I remember the yellow ones. The Winfield Score is ok, and Palmer oddball is cool, although I definitely already have it. There were two Winfields too (also had an '88 Topps), so I guess I ended up with six cards of five HOFers.

It would have been six HOFers if this guy didn’t cheat. 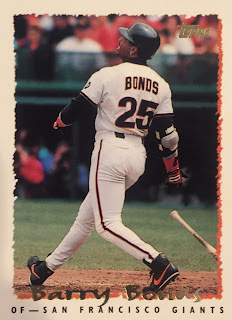 How was the rest of the pack?

I was surprised to see 2016 Topps already make an appearance in these. 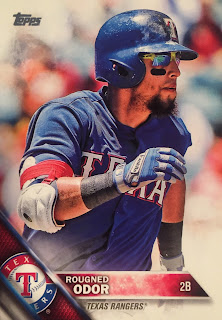 There were two 2015 Topps cards, but I was pleasantly surprised when I turned it over to find that they were from team sets, including Bryan Mitchell of the Yankees. 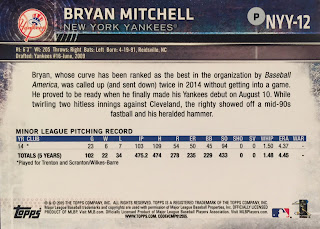 Not bad here, including an OPC. 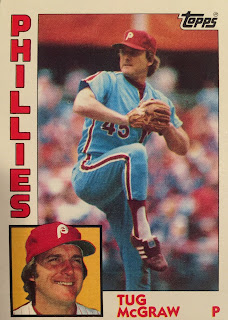 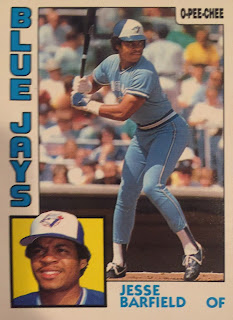 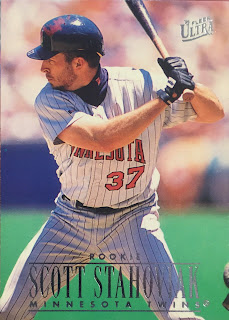 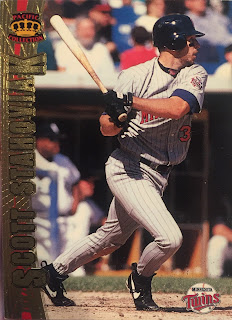 Hey, I know this guy! I have about a hundred of these, but funny to see in a re-pack. 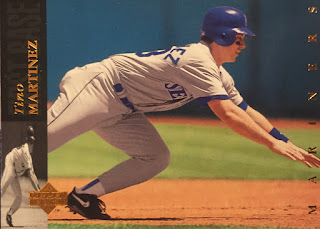 All-in-all, not the worst way to spend $5 on the last day of the year.

Posted by The Lost Collector at 8:46 AM